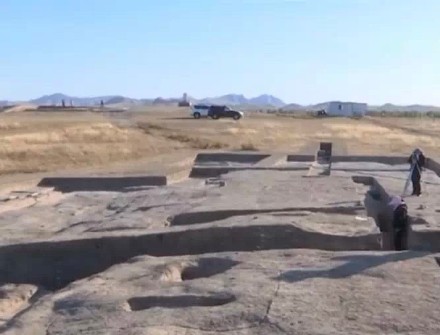 Photos: Institute of Cultural Relics and Archeology of Inner Mongolia

The palace, located in Duolun County, was believed to be built in the Liao Dynasty (916-1125 AD), according to the Institute of Cultural Relics and Archeology of Inner Mongolia.

Built on a tall rammed earth platform, the pavilion-style building has a rectangular shape with a bulge on its front. The wall, built with clay, was lime-washed and 1 meter thick. Drainage facilities were found on both sides of the building to prevent erosion.

Archaeologists also found many construction materials, including some rare eave tiles featuring human and animal faces. Besides, the large number of color-glazed tiles unearthed from the relics proved that the palace was of high importance.

The Liao Dynasty was founded by the nomadic Khitan and ruled the northern part of China.