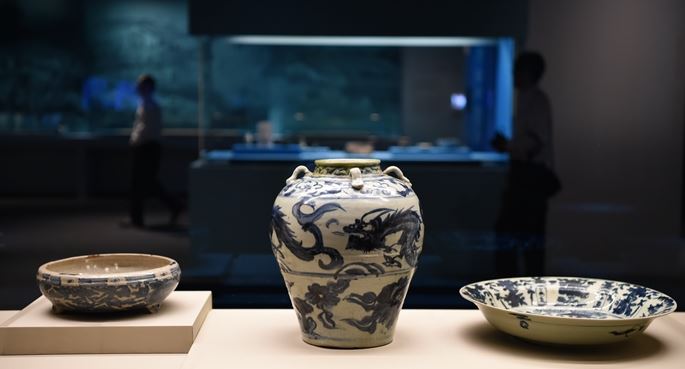 NANCHANG, April 23 (Xinhua) -- The ruins of a wall which was discovered in east China's Jiangxi Province, have been identified as a wall of an imperial kiln plant dating back to the early Ming Dynasty (1368-1644).

Archaeologists said the ruins, found at the south foot of Zhushan Mountain in Jingdezhen, China's ceramic capital, have been confirmed as the western wall of an imperial kiln plant.

Jiang Jianxin, head of the ceramic archaeology institute of Jingdezhen, said kiln protection structure and burial pits for porcelain which failed to be selected by the royal families, have also been unearthed since the excavation of the kiln plant ruins started last April.

Jiang said fragments of rare royal porcelain produced during periods of two Ming emperors have been found inside the wall ruins.

Jingdezhen is the most famous porcelain-making center in China, with over 1,000 years of history of making porcelain for the imperial families and officials.

It is said that the imperial kiln plant had a strict management system. Porcelain which failed to be chosen by the royal families would be smashed and buried.