Rule of law, social security and rural vitalization are the top three topics of public concern for Chinese citizens during this year's "two sessions", according to an online survey conducted by People's Daily Online among 5.2 million people between Feb. 4 and 28.

The rule of law became the hottest topic among Chinese internet users for the first time in the survey, which has been conducted by People's Daily Online for the 20th time. 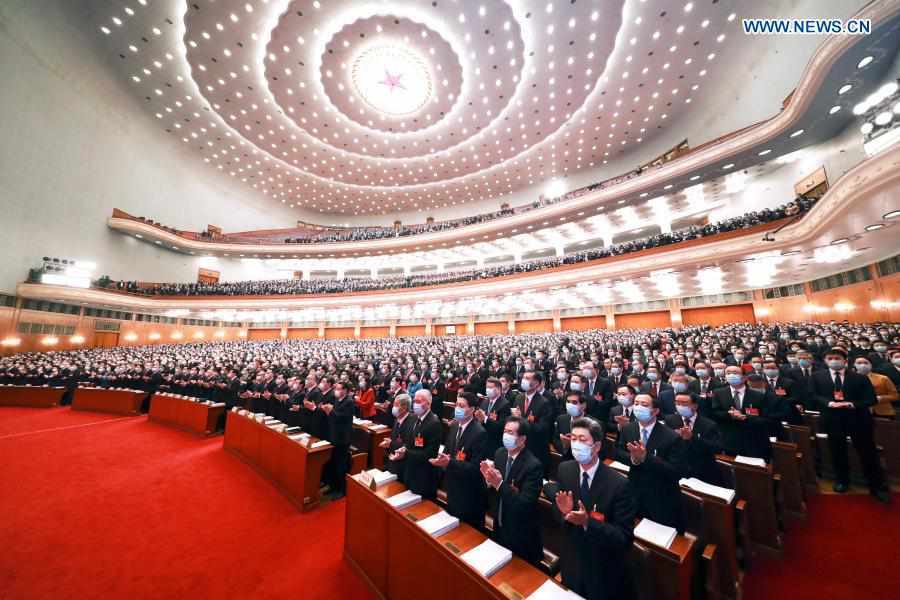 The fourth session of the 13th National People's Congress (NPC) opens at the Great Hall of the People in Beijing, capital of China, March 5, 2021. (Photo: Xinhua)

According to this year's survey, 66.3 percent of the respondents said what left the deepest impression on them was the promulgation and implementation of China's Civil Code. With regard to the newly-revised Law on the Protection of Minors, 53.4 percent of them were most concerned about the improvement of standards of kindergartens and schools.

Social security, one of the top three topics of public concern for three consecutive years, ranked second on the list this year. Some 55.9 percent of the respondents showed great concern over the increase in basic pensions for retirees and the minimum basic old-age pension for rural and non-working urban residents, while 62.4 percent expressed concern over the cost of raising children after China fully adopted the two-child policy in 2016.

The survey showed that Chinese people clearly paid attention to rural vitalization, which gained 3.13 million votes by netizens, or 60.2 percent of the respondents.

The survey revealed that 32.7 percent of the respondents were aged between 30 and 39, and expressed concern over rule of law, rural vitalization, and social security.