CHINA Rumors refuted about history, culture and religion in northwestern region of China

Rumors refuted about history, culture and religion in northwestern region of China

Northwest China's Xinjiang Uyghur Autonomous Region has long been an inseparable part of the Chinese territory. 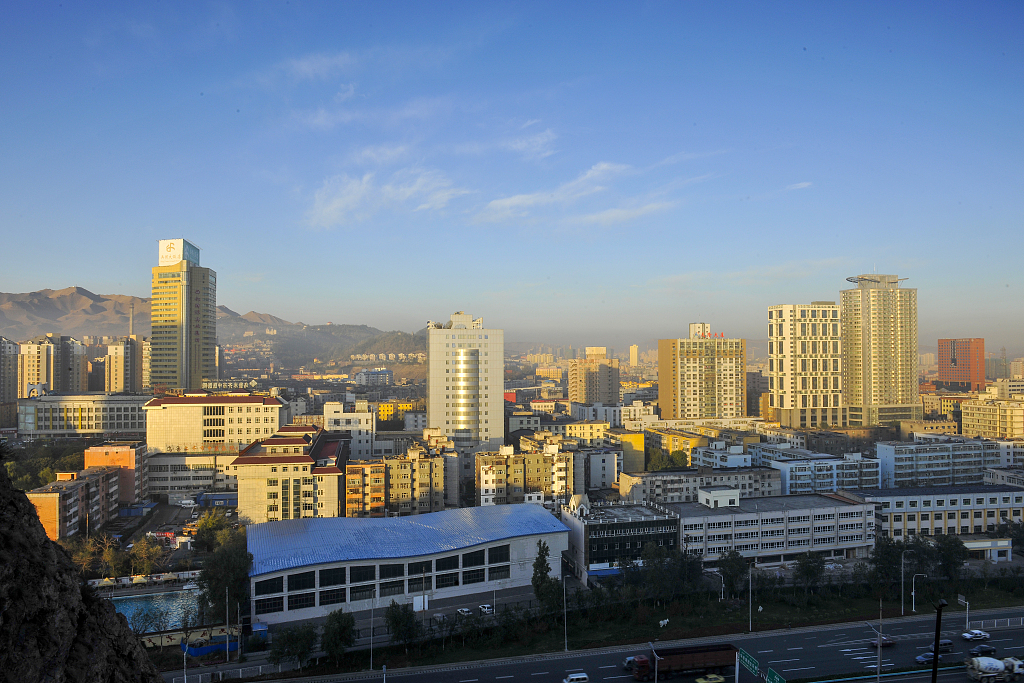 File photo of Urumuqi by VCG

China's policies in Xinjiang are internal affairs that no other countries have any right to interfere with.

However, to show China's openness and transparency in its policies on religion and ethnic groups, the Chinese government has openly released information, especially on Xinjiang, which refuted the untrue reports from some international media.

For example, the State Council Information Office in March released a white paper titled The Fight Against Terrorism and Extremism and Human Rights Protection in Xinjiang. The white paper elaborates on the origins of terrorism and extremism in Xinjiang, the current anti-terrorism and de-radicalization policies, especially on the vocational education and training centers, and the improvements that have been made in every field in the region.

However, despite China's efforts to tell what is really happening in Xinjiang, some Western media and politicians insist on making and spreading fake news. Separatists living overseas also use the chance to spread rumors about Xinjiang for personal gains.

Below, we take a closer look at some rumors that have been widely spread on overseas social media and also listed the facts given by the Chinese government, senior officials, the white paper in March, and foreign diplomats and reporters who visited Xinjiang several times. 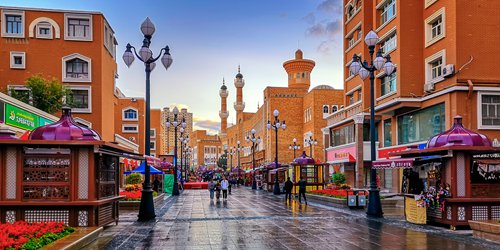 Rumor: People in Xinjiang were sent to the vocational training centers for being Muslims.

Truth: Western media reported that ethnic Uyghur people were sent into what they called "camps" by the Chinese government. But there were no such "camps" in Xinjiang.

China's Foreign Ministry and many senior officials have reiterated that Xinjiang has been making intensive counterterrorism and de-radicalization efforts, including offering education and aid through vocational education and training centers in accordance with the law.

"It is not targeting specific ethnic groups or specific religions. Instead, it is targeting the three forces of violent terrorist crimes, extremism and separatism," Zakir said.

Rumor: Many Western media reported that 1 million Uyghurs "are believed to be held" in Xinjiang's vocational training centers.

Truth:  Shohrat Zakir, chairman of the Xinjiang regional government, denied claims that there are over 1 million people in vocational training centers in Xinjiang on the sidelines of China's annual national legislative session on March 12. He also said that "in general, trainees in the centers will decrease in number, and one day, the centers will disappear when society no longer needs them."

Rumor: People in the training centers are mistreated.

Truth: Many foreign diplomats and some foreign media have been invited to visit Xinjiang and the training centers. After talking with the trainees and seeing their lives in the centers, they said that no one has been mistreated.

A media group from Indonesia and Malaysia was invited to visit Xinjiang in March. After visiting some training centers in Kashi and Hotan, two cities in southern Xinjiang, Rahimy Bin A Rahim from Malaysia told the Global Times that before visiting the training centers, he learned from other media that trainees were mistreated, but he saw in these centers that they are in good health and have the freedom to do what they want.

Truth: According to China's Constitution, all ethnic groups in China are equal. The state protects the lawful rights and interests of the ethnic minority groups and upholds and develops a relationship of equality, unity and mutual assistance among all of China's ethnic groups.

China also offers some preferential policies on education and poverty alleviation work to support the development of places where the population is mainly made up of ethnic minority groups.

For example, students from ethnic groups taking the national college entrance exams can get extra marks. Many rural residents in Xinjiang, who live in poverty, have moved into new houses built with the aid of the local government.

Rumor: Terrorism in Xinjiang is not as serious as the Chinese government has claimed.

Truth: Separatism is the hotbed in which terrorism and extremism take root in Xinjiang. For a long time, terrorist and extremist forces have been beating the drum for separatist activities by distorting, fabricating and falsifying the history of Xinjiang, exaggerating the cultural differences between different ethnic groups, instigating isolation and hatred and advocating religious extremism.

Incomplete statistics show that from 1990 to the end of 2016, separatist, terrorist and extremist forces launched thousands of terrorist attacks in Xinjiang, killing large numbers of innocent people and hundreds of police officers, and causing immeasurable damage to property.

Rumor: Uyghurs are descendants of Turks.

Truth:  According to the white paper released by the State Council Information Office in March, "the Uyghur ethnic group came into being in the long process of migration and ethnic integration; they are not descendants of the Turks."

The main ancestors of the Uyghurs were the Ouigour people living on the Mongolian Plateau during the Sui Dynasty (581-618) and Tang Dynasty (618-907). Historically, to resist oppression and slavery by the Turks, the Ouigour people united with some of the Tiele tribes to form the Ouigour tribal alliance.

In 1934, Xinjiang issued a government order stipulating the standard Chinese name for Uyghur (维吾尔), which for the first time expressed the accurate meaning of "Uyghur" to maintain unity among the people.

Scholars in Xinjiang have also reached a consensus on this view.

Yasheng Sidike, mayor and deputy Party chief of Urumqi, wrote an article published in the Urumqi Evening Post on August 20, 2018, saying, "The Uyghur people are members of the Chinese family, not descendants of the Turks, let alone anything to do with Turkish people."

"The fallacies that claim 'East Turkistan is our country' and 'Uyghur as natives of Xinjiang' are ridiculous, ignorant and condemnable," read the article.

"Uyghurs are not Turks," Maimaitizunong Abdukirim, a professor at the Kashi University in Xinjiang, was quoted by Huaxia Dili, the Chinese edition of National Geographic, as saying in 2014. He said that linguistically, the Uyghur language belongs to the Turkic language group, but "it is not related by blood."

Chinese Foreign Ministry spokesperson Geng Shuang said in a press conference on June 24 that people of all ethnic groups in China enjoy full religious freedom. The number of religious believers has reached 200 million and among them, 20 million are Muslims.

Xinjiang now has 24,400 mosques, which means one mosque for every 530 Muslims, while the number of mosques in the US is less than one-tenth of that in Xinjiang.

A Pew Research Center survey conducted in July 2017 showed that 75 percent of Muslim respondents said there is a lot of discrimination against Muslims in the US.

Rumor: The Xinjiang government is wiping out the history and the culture of the Uyghur ethnic group.

Truth: A total of 12 media representatives from countries including Egypt, Turkey, Bangladesh, Pakistan and Sri Lanka, visited Xinjiang from January 9 to 16, 2019.

Mumtaz Zahra Baloch, charge d'affaires at the Pakistani Embassy in China, told the Global Times that "during this visit, I did not find any instance of forced labor or cultural and religious repression."

"The Uyghur culture as demonstrated by their language, music and dance is very much part of the life of the people in Xinjiang. We saw that in official establishments, airports, subway stations, police stations or hotels the Uyghur language is being widely used. Even the copies of the Koran that we saw in the mosques and the Islamic center were translated into the Uyghur language. The most visible sign of protection of Uyghur culture by the government is the government-run bilingual kindergarten schools where children learn Putonghua as well as Uyghur language and culture from a very young age."