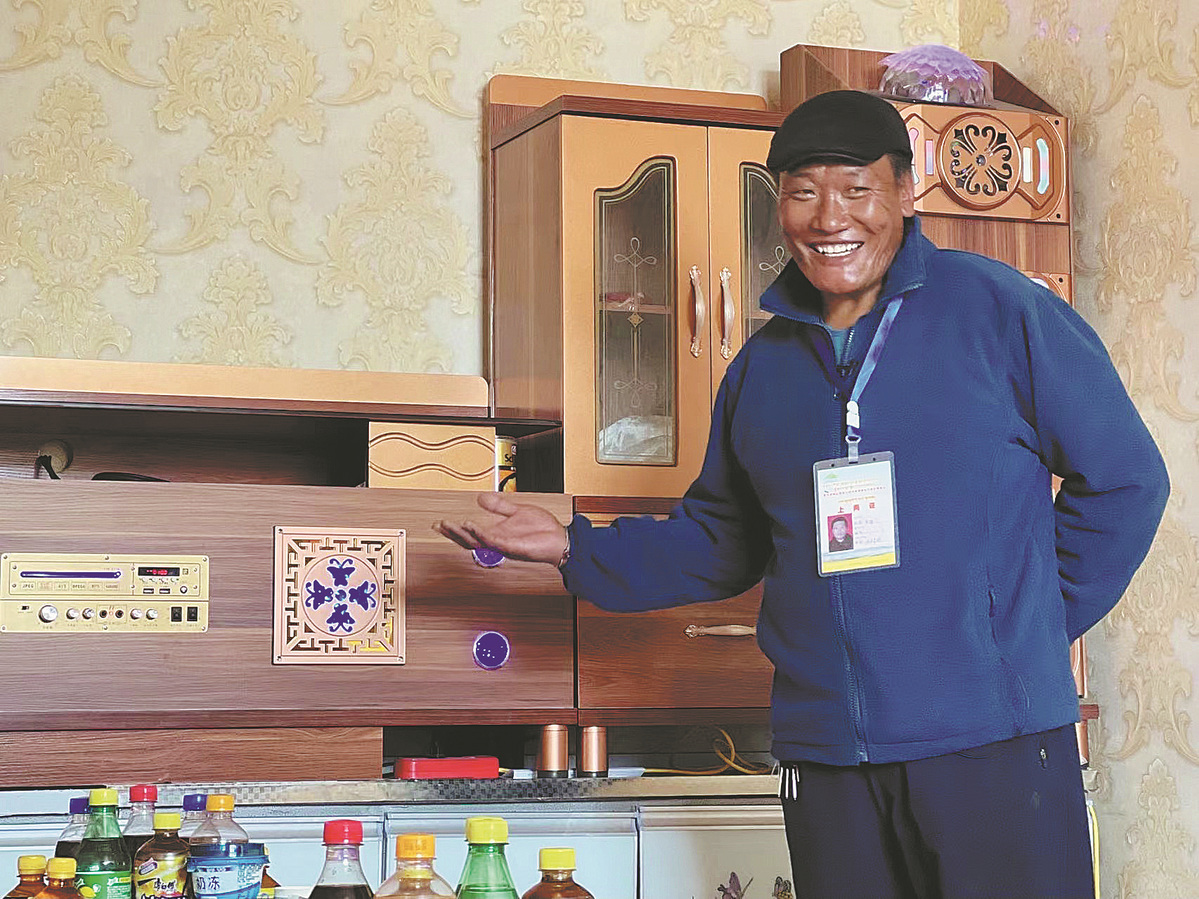 Located in the heart of the Qinghai-Tibet Plateau in southern Qinghai province, Sanjiangyuan (Three-River-Source) National Park, which stretches for 123,100 square kilometers, is the first and largest national park in China.

Since the pilot program for the Sanjiangyuan National Park management system was launched in 2016, more than 20,000 local residents have taken part in ecological management and protection work in the Sanjiangyuan area as part of a policy aimed at finding one job for each household.

Smiling broadly, Tongde, 44, a member of the Tibetan ethnic group from Madoi county, Qinghai province, who first joined a park patrol in 2013, said: "On the day I received my employee ID card and the armband that proves I'm officially a park custodian, I felt happy and thrilled to work as a protector of nature. This feeling has never faded, and remains to this day."

As the name hints, Sanjiangyuan is the birthplace of the Yangtze, Yellow and Lancang rivers.

With an average altitude of more than 4,500 meters, Sanjiangyuan National Park is a broad and sparsely populated area with a low incidence of human activities. It is the perfect habitat for species such as the Tibetan antelope, Tibetan gazelle, the snow leopard, white-lipped deer and black-necked crane.

Due to vigilant patrols by local custodians, and a general increase in environmental awareness, vegetation in the area has risen by about 30 percent compared with 2000, according to local authorities.