Rusagro has ‘perfect timing’ as it expands hog farm investment 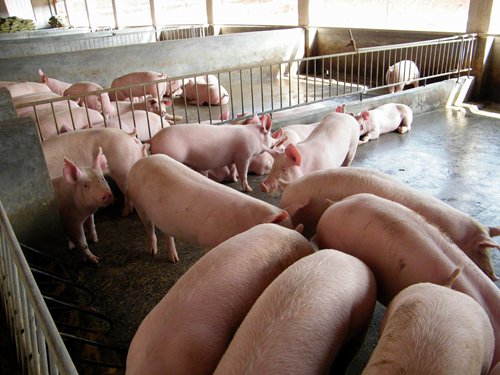 A view of a hog farm in Southwest China's Chongqing in January. (Photo: IC)

Russia's leading agricultural company Rusagro will invest $5 billion to build a large-scale pig breeding and feed processing project in Qingdao, East China's Shandong Province, showing its ambition to expand its presence in the world's largest pork market amid improving China-Russia ties.According to a report from eeo.com on Sunday, the project is being conducted under an investment framework between the company and the Qingdao government, and it is the biggest foreign-invested agricultural project in the past five years in China."Through the project, the Russian company could successfully introduce its low-cost corn and soybeans into the Chinese market, thus further achieving comprehensive agriculture strategy in the country," Ma Wenfeng, a senior analyst at Beijing Orient Agribusiness Consultants, told the Global Times on Sunday.Although China is the world's largest buyer of agricultural products, its purchases from Russia have been limited, and it "barely buys corn from Russia," the eeo.com report said.Rusagro entered the Chinese market with products from its agricultural business division in 2018 and shipped 5,000 tons of corn to China via the port of Qingdao in late 2018, according to a Reuters report.The project is divided into three phases. Investment in the first phase will be $2 billion, involving a pork pig production base covering an area of 1,000 hectares and an annual production of 3 million, a slaughterhouse, and a modern feed processing plant and storage base with an annual output of 1 million tons.Ma noted that once they fully enter the Chinese market, corn and soybeans from Russia will be as competitive as imports from the US and South America due to much cheaper transport costs from Russia.The move also comes amid an outbreak of African swine fever in China. Since the disease emerged in August last year, China has reported a total of 129 cases and culled 1.02 million pigs, according to a report from the Xinhua News Agency.Ma noted that this is "perfect timing" for the Russian company to tap into China's hog breeding market, as hog prices are expected to continue to increase due to a shortage of live pigs in the near future, making the sector even more lucrative.Wang Junxun, an official with China's Ministry of Agricultural and Rural Affairs, said during a press conference on Tuesday that the price of live pigs in the fourth quarter this year may exceed the record high levels of 2016.