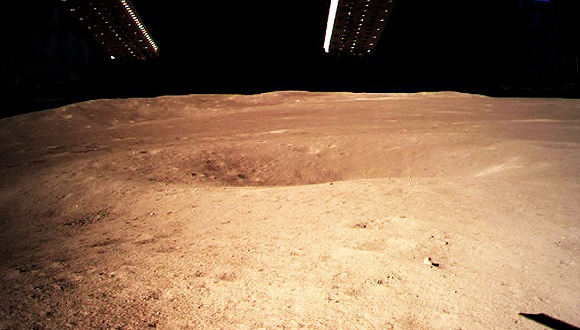 The head of the Russian state space corporation Roscosmos, Dmitry Rogozin, Thursday congratulated the Chinese colleagues on the successful landing of the Chang'e-4 probe.

"On behalf of Roscosmos State Corporation and on my own behalf, I want to congratulate you and the entire team of the China National Space Administration (CNSA) on the successful launch of the Chang'e-4 mission - the first soft landing on the far side of the moon in the history of mankind," Rogozin said in a letter of congratulation published at Roscosmos's website.

He noted that Russia and China cooperate fruitfully in the field of space activities.

"We are pleased that the power equipment of the Chang'e-4 mission is supplied by radioisotope sources of electricity produced in Russia," he said.

"I am confident that in the future we will have many more opportunities for effective cooperation for the benefit of our countries," Rogozin added.

At the end of the letter, Rogozin expressed his wishes that there would be more new creative successes and interesting projects in the field of space activities for peaceful purposes.

China's Chang'e-4 probe touched down on the far side of the moon Thursday, becoming the first spacecraft soft-landing on the moon's uncharted side never visible from Earth.