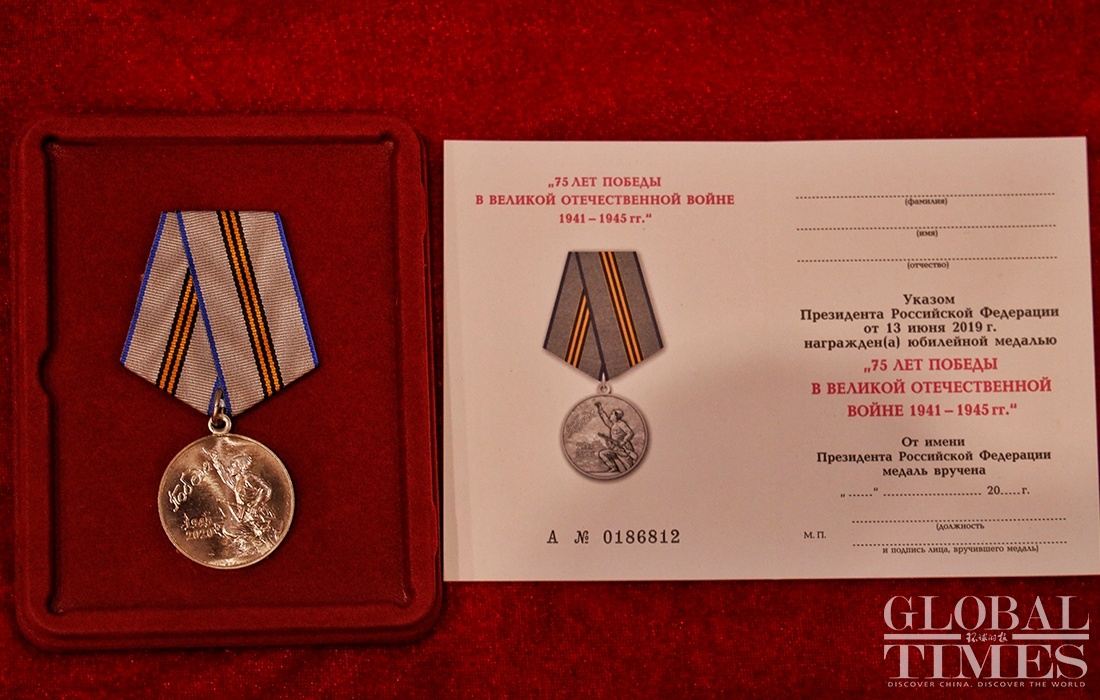 The medal marking the 75th anniversary of the victory in the Patriotic War to the memorial hall. (Photo: GT)

The exhibition "The Patriotic War through the Lens of Women Photojournalists," a tribute activity held on the National Memorial Day for the Victims of the Nanjing Massacre, opened at the Chinese People's War of Resistance Against Japanese Aggression Memorial Hall in Beijing on Sunday. The Russian ambassador to China presented a medal to the memorial hall at the opening ceremony.

Russian ambassador to China Andrey Denisov presented the medal marking the 75th anniversary of the victory in the Patriotic War to the memorial hall on behalf of the Russian government at the ceremony. The medal was issued by Russian President Vladimir Putin.

It is the first time that the Russian government awarded the medal to representatives of outstanding units that told the history of World War II, spread the concept of peace and promoted friendship between Russia and China. Previously, the medal was awarded only to individual representatives of veterans who made outstanding contributions to the Patriotic War and the World Anti-Fascist War.

A total of 107 photographs of the Patriotic War taken by well-known Soviet women photojournalists are on display at the exhibition.

At the memorial service, participants sang the national anthem, observed a moment of silence and laid flowers to express their deep condolences and remembrance of their compatriots and martyrs who were killed in the Nanjing Massacre and the World War against Fascism.