Russian envoy briefs Chinese ambassador in US over Russia-US summit 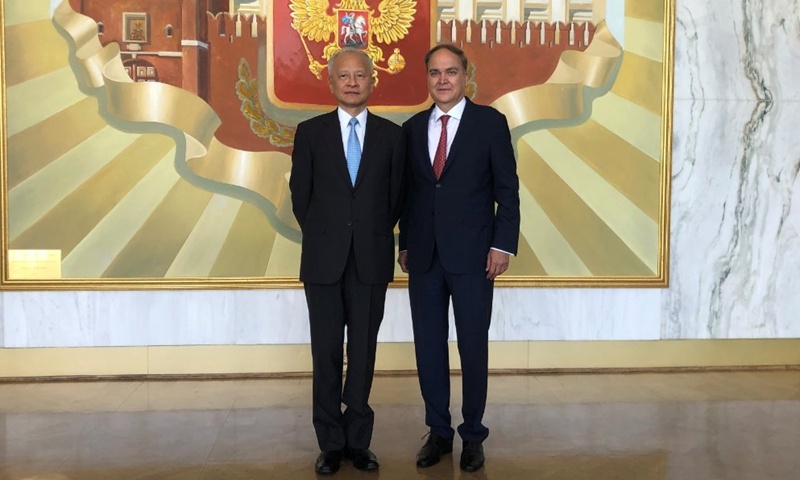 According to the Russian embassy, the two diplomats spoke in favor of developing a strategic partnership between the two countries, as well as the friendly nature of relations between the Russian and Chinese embassies in Washington.

Antonov told Cui about the Russian-American summit held in Geneva on June 16, which Antonov attended. It was agreed at the summit that Russia and the US would allow their respective ambassadors to return to the two countries after the envoys left amid diplomatic spats.

The Monday meeting also demonstrated the close China-Russia ties at embassy and diplomat levels amid US coercion of China and Russia.

US national security advisor Jake Sullivan had threatened both China and Russia at a media event on Sunday.

Sullivan said the US was preparing "another package of sanctions" against Russia over arrested anti-government blogger Alexey Navalny.

On China, Sullivan urged further COVID-19 source tracing even though WHO experts had held research in China on many occasions. Sullivan said China would risk international isolation if it does not cooperate.

Sullivan's remarks showed typical US hegemony. By leaving chaos in Afghanistan and Iraq, and failing to solve the Korean Peninsula issue, the US shouting threats was just like a bad child in elementary school, observers said.