South China's Guangzhou on Saturday issued a stay-at-home order for residents in several streets. The residents have been asked to stop all activities that are not necessary for daily life. This comes after a surge in fresh COVID-19 infections in the city. 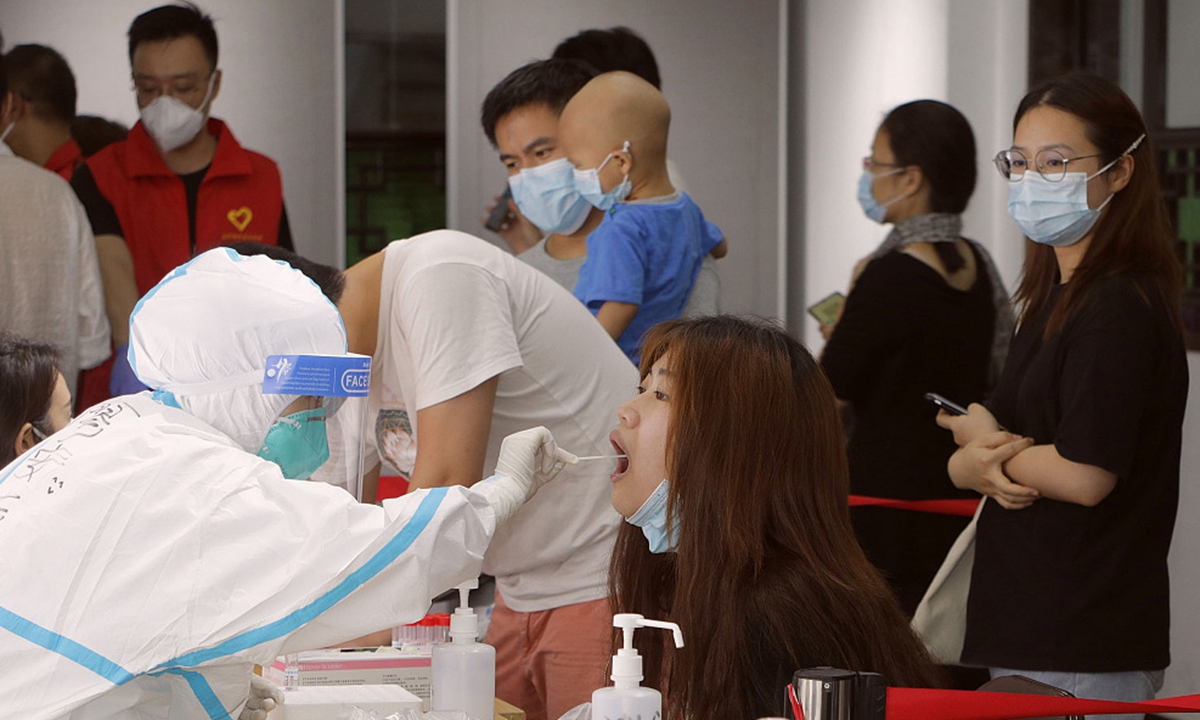 According to a statement published by Guangzhou government in South China's Guangdong Province, residents in fives streets in Liwan district have been asked to stay at home, and only one person of each household is allowed to buy life necessities every day.

In Liwan district, all entertainment venues, indoor sports venues, wholesale markets and childcare institutions were asked to close. Restaurants are only allowed for take-away orders and schools, except for junior high and senior high, must suspend their offline courses.

For citywide restrictions, big celebrations and gatherings are not allowed. Nursing homes, child welfare institutions and service institutions for newborns and religious venues are subjected to closed management. Indoor public venues such as entertainment venues are open at 75 percent capacity, according to the Guangzhou city government.

Four streets in Liwan district were categorized as medium risk zones on Saturday.

The city reported one new confirmed COVID-19 case and five new asymptomatic cases on Saturday. Guangzhou has reported five confirmed cases and 15 silent infections since the first case was reported on May 21.

The majority of these cases were related to the first confirmed case, as they either lived together or had dinner with the case in indoor venues, according to Guangzhou health authority. The first case, a 75-year-old man was infected with the variant first seen in India.

The spread of the virus in fresh COVID-19 infection in Guangzhou was both fast and strong, local health authority said.