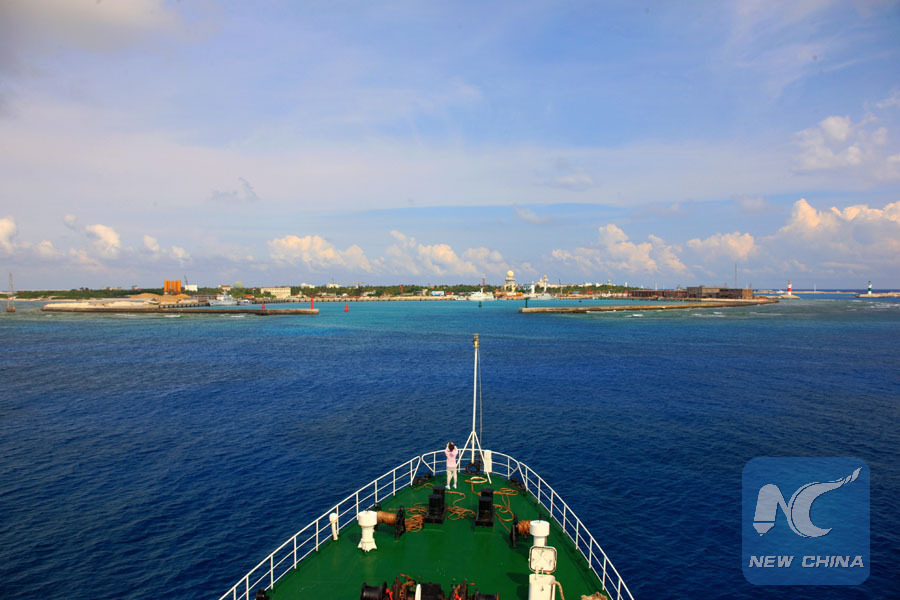 The PLA Air Force rescued Pei Zhiquan, a 51-year-old Chinese fisherman who suffered a cerebral hemorrhage while working on a ship in an area near the Nansha Islands and sent him to a hospital in Sanya, in South China's Hainan Province using a military aircraft dispatched from Guiyang, Southwest China's Guizhou Province, the PLA Daily reported.

The distance between Guiyang to Nansha Islands is 2,046 kilometers.

"The rescuers received a direct order from theater command, which combines PLA Navy, and PLA Air Force and other forces," the report said.

Zhang Junshe, a senior research fellow at the PLA Naval Military Studies Research Institute, told the Global Times Friday that the rescue of the fisherman reconfirms China is not pushing the militarization of the South China Sea.

The development of islands in the waters is extremely necessary, as it is not only designed to serve military defense but to also provide civilian services, Zhang said.

"China will better perform its international responsibilities and duties in terms of maritime search, disaster prevention, and meteorology research. The assistance will also be provided to vessels from other nations that pass South China Sea. It is not the militarization of the South China Sea," Zhang noted.

Song Zhongping, a military expert and TV commentator, agrees with Zhang, saying one of the important purposes of China's construction on reefs in the South China Sea is to build an emergency rescue system that serves not only Chinese boats and people.

"Others should not dish the dirt without the full facts," Song said. When other countries near the South China Sea lack the ability and technology to develop islands and countries outside the region cannot do so, China has undertaken these international responsibilities, he noted.

The PLA Daily reported that the fisherman Pei first received medical treatment on Youngshu Reef on Wednesday before he was flown to Sanya for emergency medical treatment. Pei was in a coma as of Thursday. No more information about him released on Friday.