The 21-year-old man, a resident of Hangtou Town in the Pudong New Area, tested positive after the city had detected zero community infections for a dozen days.

He tested abnormal during a regular polymerase chain reaction (PCR) test and was later diagnosed as a confirmed case in mild condition. He has been put under quarantined treatment at a local COVID-19 designated hospital. 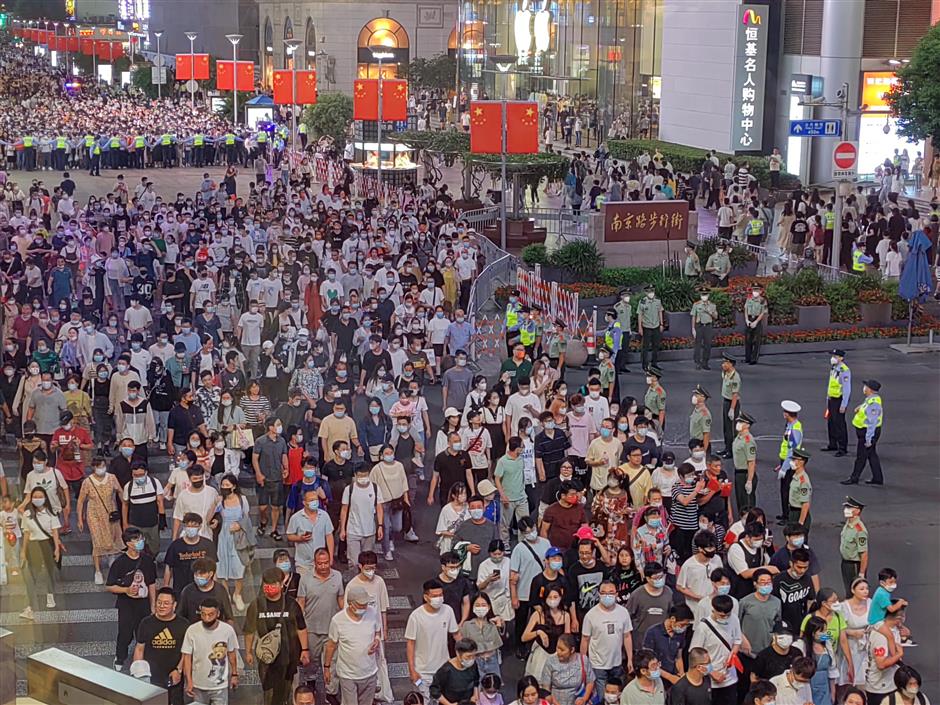 A large number of visitors are seen on Nanjing Road Pedestrian Mall during the weeklong holiday.

As a result, the city designated a medium-risk area at the Puhang 5298 Cultural and Creative Park in Pudong, where the man lives, according to Wu Qianyu, a senior official with the Shanghai Health Commission.

The creative park has eight office and dormitory buildings along with 33 companies and 308 employees. They've been put under lockdown, said Yan Bo, deputy director of Pudong.

In addition to the accommodation, the new case has been to the Shanghai Everbright Exhibition Center at 70 Caobao Road along with two restaurants in Xuhui District and another restaurant in Pudong, Yan said. The places have been quarantined and disinfected.

A total of 357 close contacts of the new case have been traced and put under central quarantine. All have tested negative. More than 200,000 related people have been screened, and all tested negative, according to Wu. 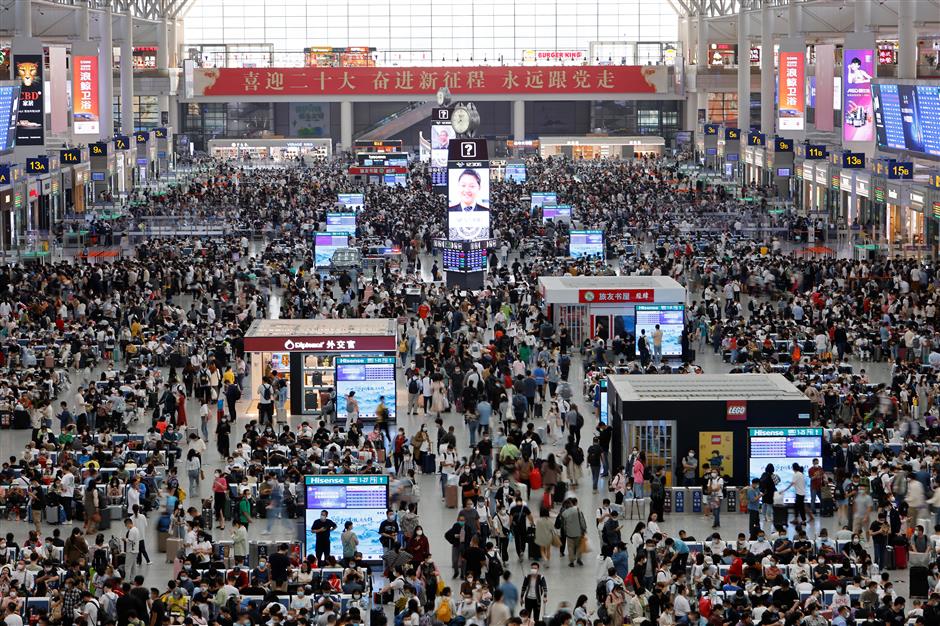 A mass screening was launched in Pudong on Sunday and another two rounds have been arranged for Wednesday and Friday.

Despite the fact that there have been no community cases for nearly two weeks, Shanghai has reported some 15 positive cases during quarantine since September 29.

Most of the cases are close contacts of infections in other provinces, who tested positive during quarantine, said Wu.

She urged people coming or returning to the city to register their itinerary through the Suishenban app before arrival and accept the "landing test" upon arrival.

A weeklong central quarantine is mandatory for people coming or returning from domestic high-risk areas, while a week of home quarantine is required for those coming from medium-risk areas.

She asked residents to avoid traveling to COVID-19 risk areas or places under lockdown. Travelers must have a 48-hour negative nucleic acid test report to take planes and trains as well as interprovincial coaches and ships through the end of October.

"Residents are advised to avoid cross-provincial travel during the weeklong holiday unless it is absolute necessary," Wu said.

A community case was reported in Pudong on Sunday. A new medium-risk area has been designated in Pudong.

She asked travelers to bring masks, disinfection wipes and hand sanitizer on any trips they take and avoid gathering with others in public areas and tourist attractions.

They are also required to go to a hospital if they show symptoms such as fever or cough, and stop traveling immediately.

Shanghai requires people traveling or returning to the city from other provinces to report their itinerary online before arrival. Those who cause the spread of the coronavirus just because they refuse to make the online report or conceal their true itinerary will be held legally responsible.

Furthermore, every traveler coming or returning to Shanghai must take a nucleic acid test upon arrival, otherwise a pop-up notification will cover their health code app.

The "landing test," or "arrival test," stipulated by the State Council, or China's Cabinet, is applicable to all arrivals to Shanghai through November 15 to curb the spread of the coronavirus during the holiday season. 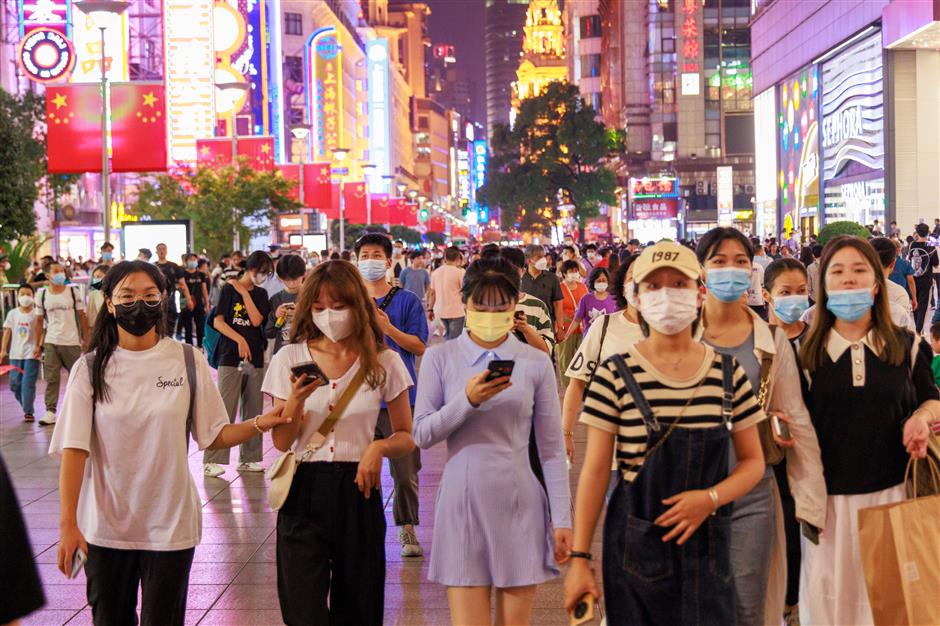