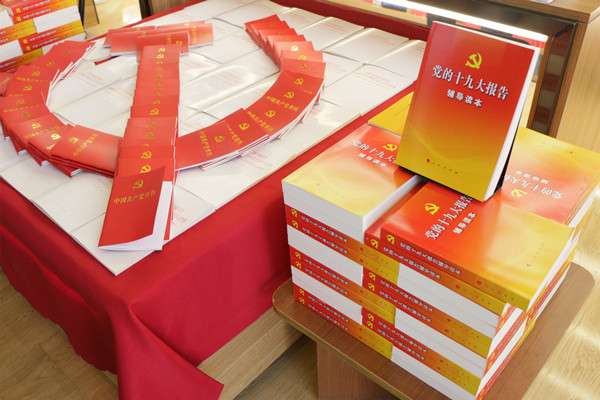 Sales of documents and books about the 19th national congress of the Communist Party of China (CPC) had hit 71.7 million copies as of Friday, authorities said.
The documents include the report delivered at the opening session of the congress and the revised Constitution of the CPC, as well as books including Q&A about the report and the CPC constitution.
They were compiled to help officials and the public study and implement the spirit of the congress, according to the State Administration of Press, Publication, Radio, Film and Television.
The material was published by the People's Publishing House, Party Building Books Publishing House, and Xuexi Publishing House.
The 19th CPC national congress was held from Oct. 18 to Oct. 24 in Beijing.