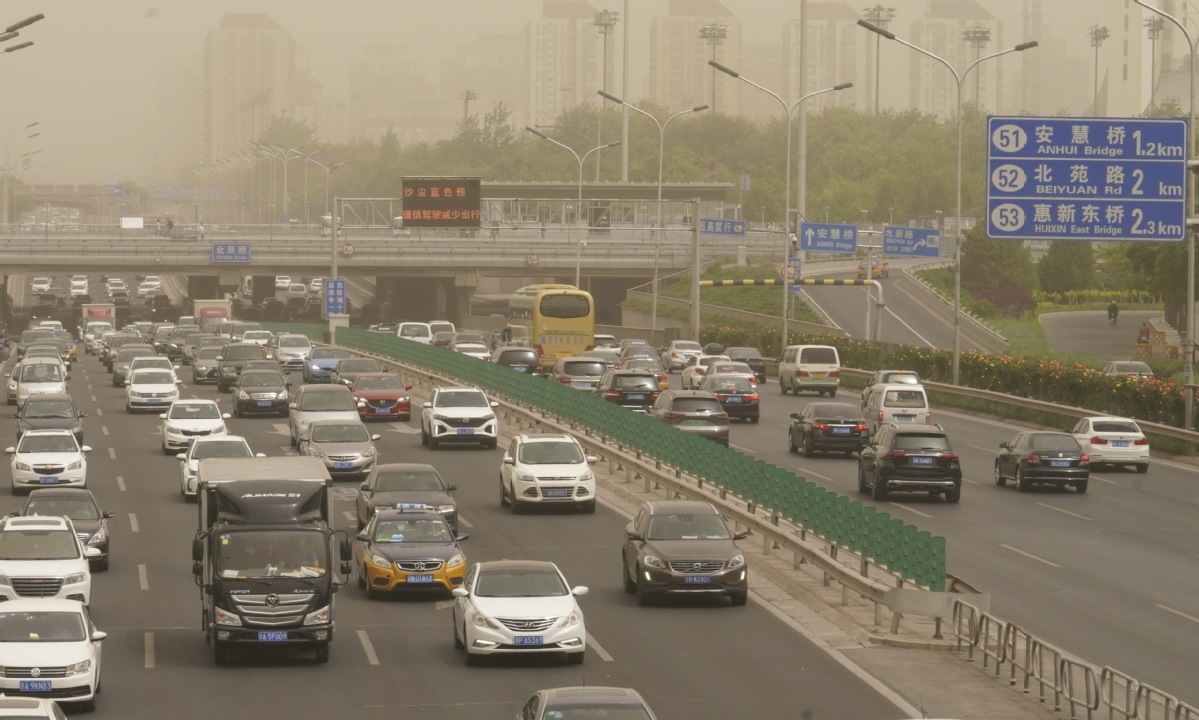 Cars drive on the road amid sandy, dusty weather in Haidian district of Beijing, May 6, 2021. (Photo: chinadaily.com.cn)

Another round of sandy, dusty weather reached Beijing at around Thursday noon.

Under the effects of the Mongolian cyclone and strong winds, the sandstorm would linger to Thursday night, when a cold vortex is forecast to bring some showers in the mountainous areas of Beijing.

The municipal observatory issued a yellow alert of strong winds and a blue alert for sandstorms on Wednesday.

The observatory has advised the public to take precautions against strong winds, floating sand and dust as well as fire risks.

The primary pollutant in Beijing's air is PM10 — particulate matter with a diameters of 10 microns or smaller on Thursday morning.

Strong winds and heavy dust have already swept across Zhangjiakou, Hebei province, according to the Beijing Meteorological Service.

Baotou, in the Inner Mongolia autonomous region issued a yellow alert for dust early on Thursday at 2:10 am. The city's observatory forecast that visibility would remain less than 1,000 meters in Baotou's northern mountainous region for 12 hours.

China has a four-tier color-coded weather warning system for sandstorms, with red representing the most severe, followed by orange, yellow and blue.