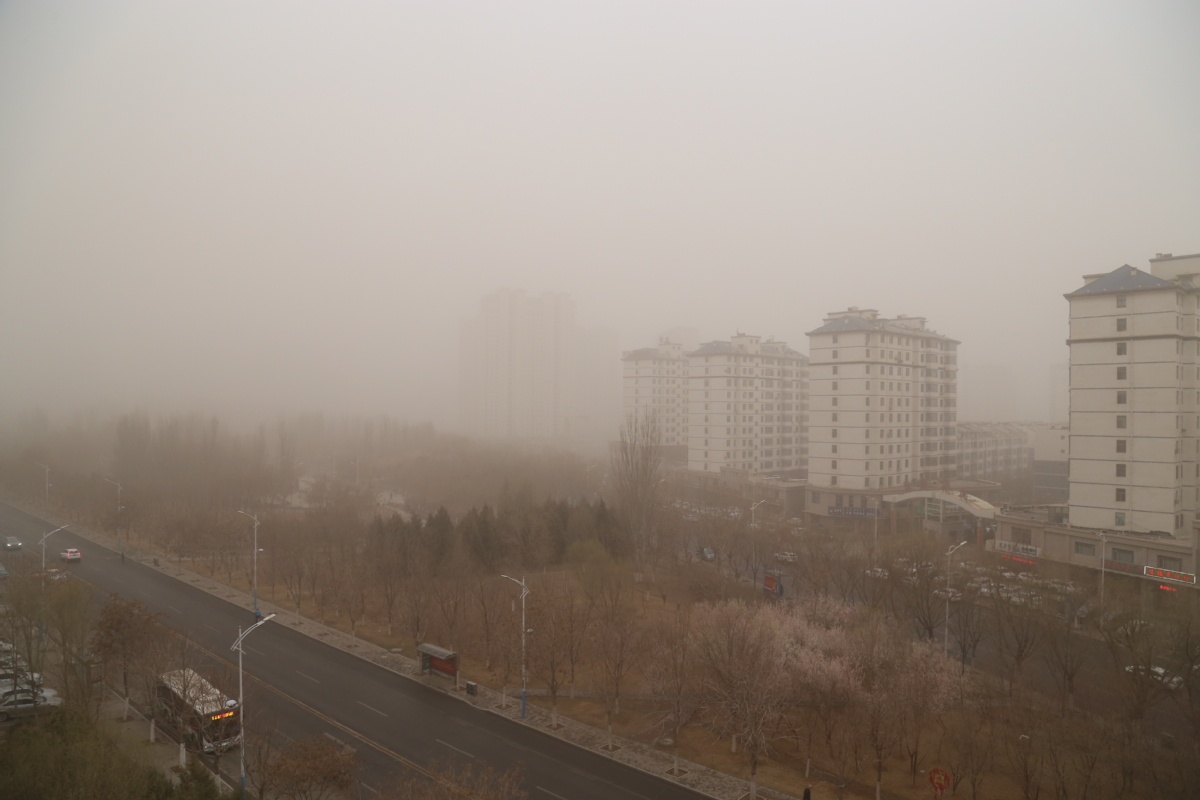 The Wuhai meteorological observatory in the Inner Mongolia autonomous region issued a yellow alert for sandstorm on Friday morning, the third-most hazardous level.

Visibility remained lower than 1,000 meters in the city, where the storm is expected to continue until Friday evening, the observatory said.

The alert advised the public to take precautions against the sandstorm, such as wearing masks and avoiding unnecessary outdoor activity.

Also on Friday, China's national observatory issued a blue alert for sandstorms in the northern, central and northwestern parts of the country.

Starting on Friday morning until 8 am on Saturday, floating sand and dust, driven by cold fronts and heavy winds, are expected to sweep parts of the Xinjiang Uygur autonomous region, the Inner Mongolia autonomous region and the provinces of Gansu, Ningxia, Shaanxi and Qinghai, forecasters said.