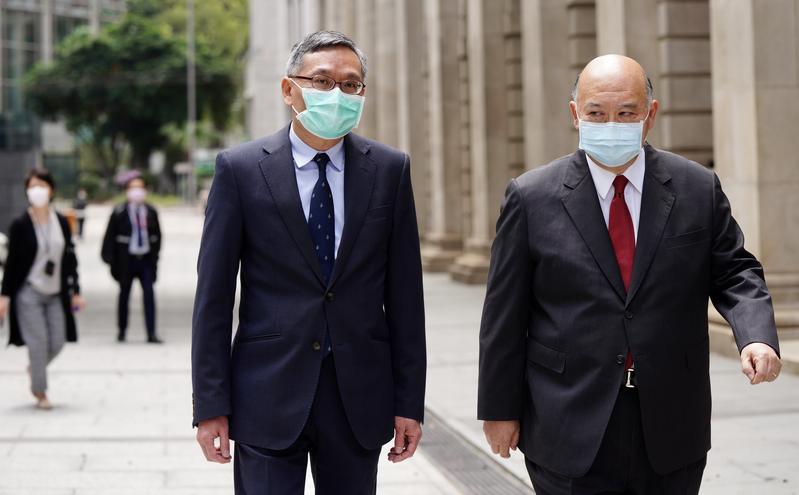 Judges who preside over cases under Hong Kong's new National Security Law will be selected on the basis of judicial and professional qualities and not political considerations, Chief Justice Geoffrey Ma Tao-li said.

In a statement explaining the court's principles of handing national security cases, Ma said it is the sole responsibility of the judiciary to decide which judge or judges are assigned to individual cases.

The statement, which came on Thursday, two days after the law took effect in Hong Kong, responded to concerns over the special administrative region's judicial autonomy. The concerns stemmed from the arrangement, as stipulated in the new law, of asking Hong Kong's chief executive to appoint a designated team of judges to adjudicate national security cases.

Under Article 44 of the National Security Law for Hong Kong, the SAR's chief executive will designate a group of judges from each level of court to handle cases and appeals in relation to the new law.

Chief Executive Carrie Lam Cheng Yuet-ngor has stressed that she would select only judges who are considered competent to serve after consulting with the chief justice, and that she would not be involved in assigning cases.

All designated judges will come from the existing ranks of the judiciary, as prescribed under Article 44 of the National Security Law, Ma said.

Ma confirmed that judges of foreign nationality will not be excluded from national security cases, as they are appointed under the Basic Law and their contribution to the SAR "has repeatedly been acknowledged" by the SAR government.

Albert Chen Hung-yee, a law professor at the University of Hong Kong, said the appointment of judges to national security cases has nothing to do with the SAR's judicial autonomy.

Judicial autonomy means judges are not subject to any interference during court proceedings, said Chen, who is also a member of the 12-member Basic Law Committee under the Standing Committee of the National People's Congress, China's top legislature.

Chen said all judges in the SAR uphold the principle of judicial autonomy and make their decisions impartially, and therefore, selecting a pool of judges for national security cases will not harm the core of the rule of law in Hong Kong.

Barrister Kacee Ting Wong, a member of the Chinese Association of Hong Kong and Macao Studies, said designating a group of judges based on their expertise is not a novel idea in Hong Kong.

Ting said it is an existing practice to designate judges to deal with cases in a particular area, such as the Constitutional and Administrative Law List and the Commercial Law List, based on their different expertise.

Ting said a few critics misunderstand Article 44 of the National Security Law. The stipulation is much like the existing practice, in which the chief executive appoints judges on the recommendation of the Judicial Officers Recommendation Commission, he said.

The chief executive has never, and will not ever, take an active role in the daily allocation of trials, considering that judicial tasks are highly specialized, the barrister said.

The National Security Law will "not in any way" undermine the HKSAR's judicial autonomy, he said.

"On the contrary, it has equipped the judges with a legal tool, which was absent in the jurisdiction of Hong Kong, to resolve crimes related to national security and uphold justice," Ting added.