The ship activity along China's coast and inland rivers is increasing rapidly after a major slowdown during the nadir of the coronavirus outbreak. 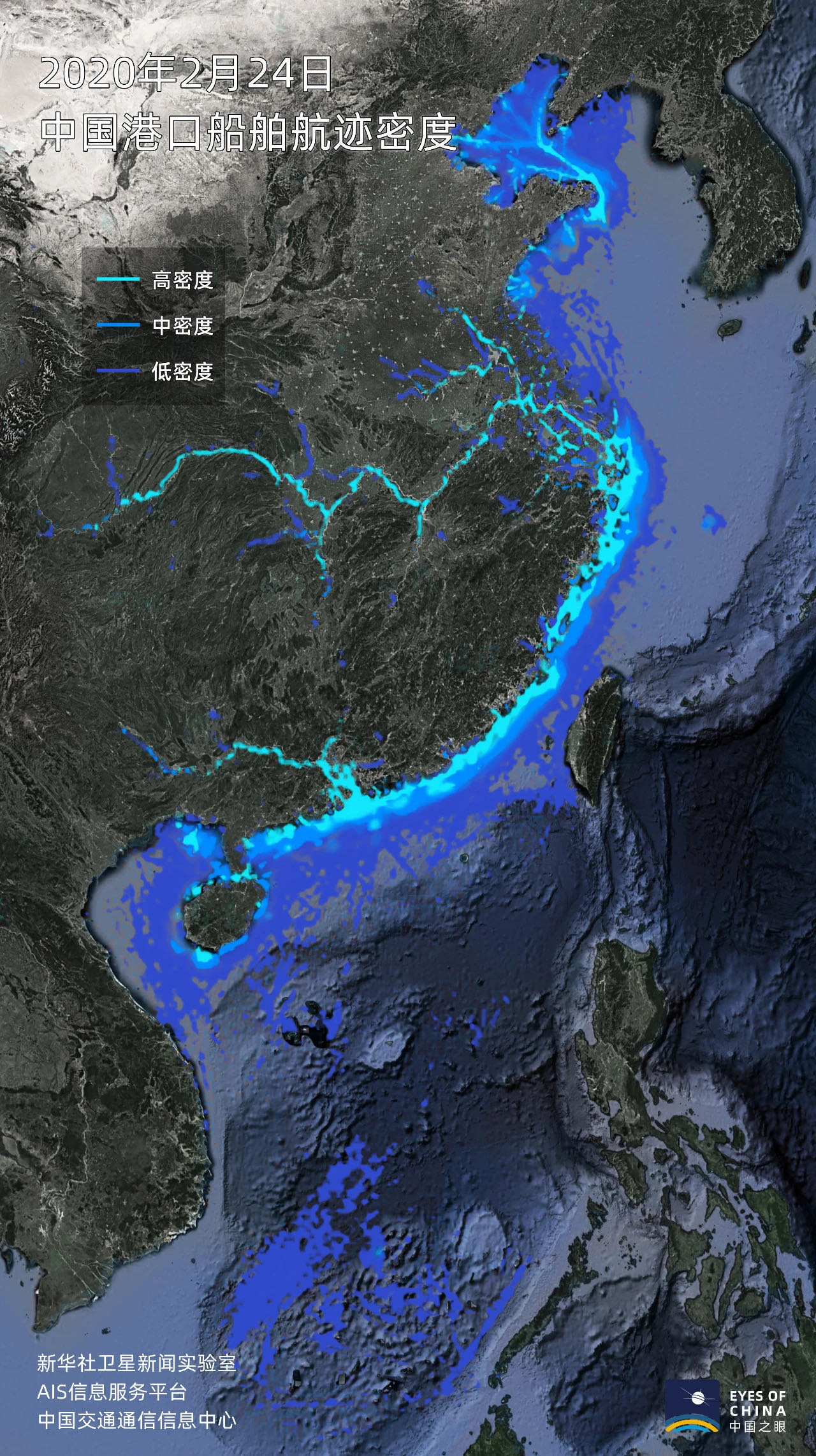 Satellite data shows the number of ships traveling from Bohai Bay to the mouth of the Yangtze River and to the Beibu Gulf region in the middle of March has expanded significantly, compared with late February, which indicates that the number of ships has greatly increased.

Ships at these ports are mainly from Japan, South Korea, Vietnam and other places. This means that China's trade with these countries is recovering rapidly.

As European and American countries have been seriously affected by the pandemic and trade volume has declined, the number of voyages to the southeast coast of these countries has decreased, but the density of near shore routes engaged in domestic trade has increased significantly.

By March 20, the number of ships in and out of the country had reached 119 percent of the number on January 20.

In the air, the number of direct flights from China to the world on March 19 was 3.8 times higher than on February 1, with more and faster shipments of masks and medical supplies. 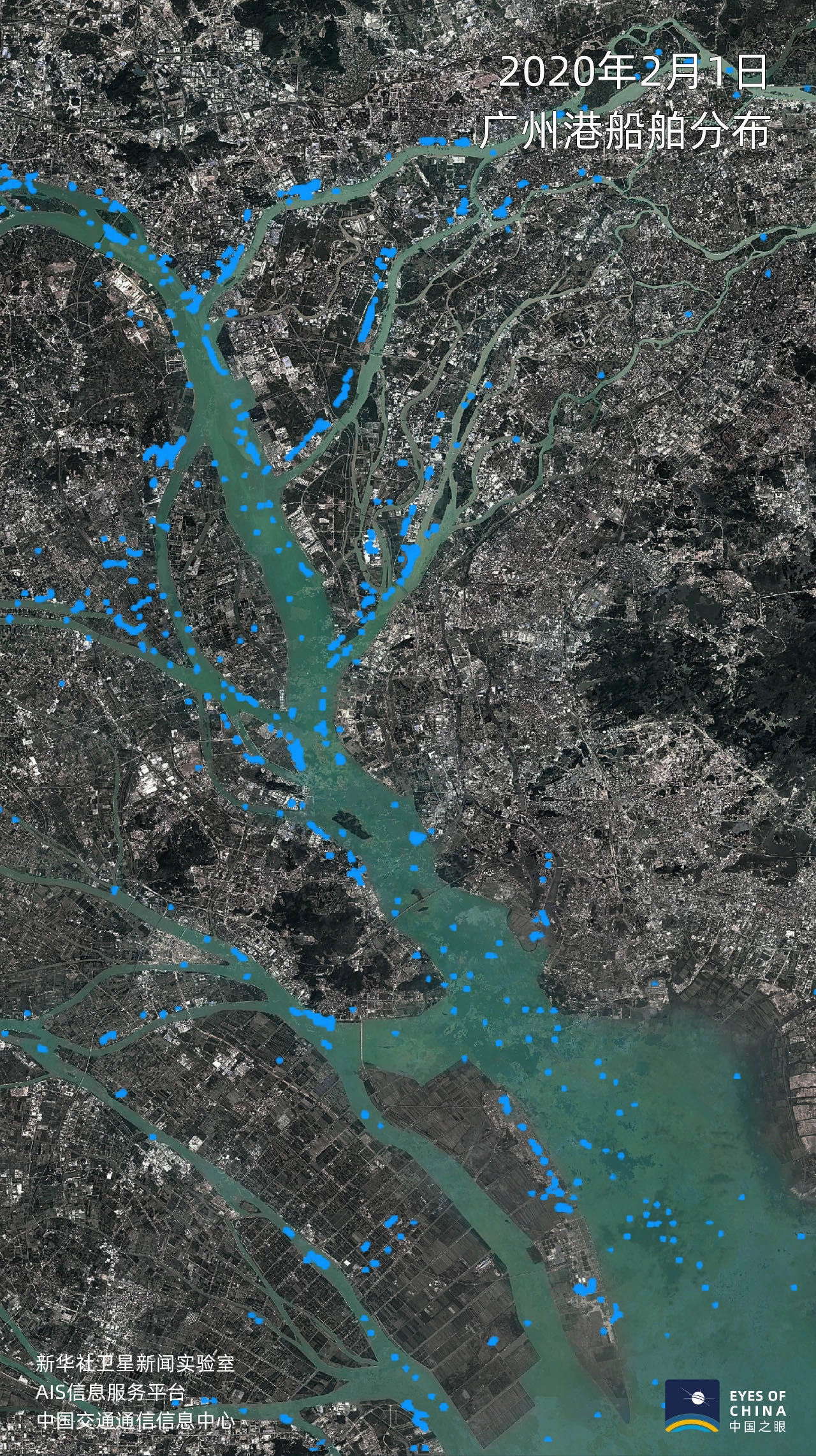 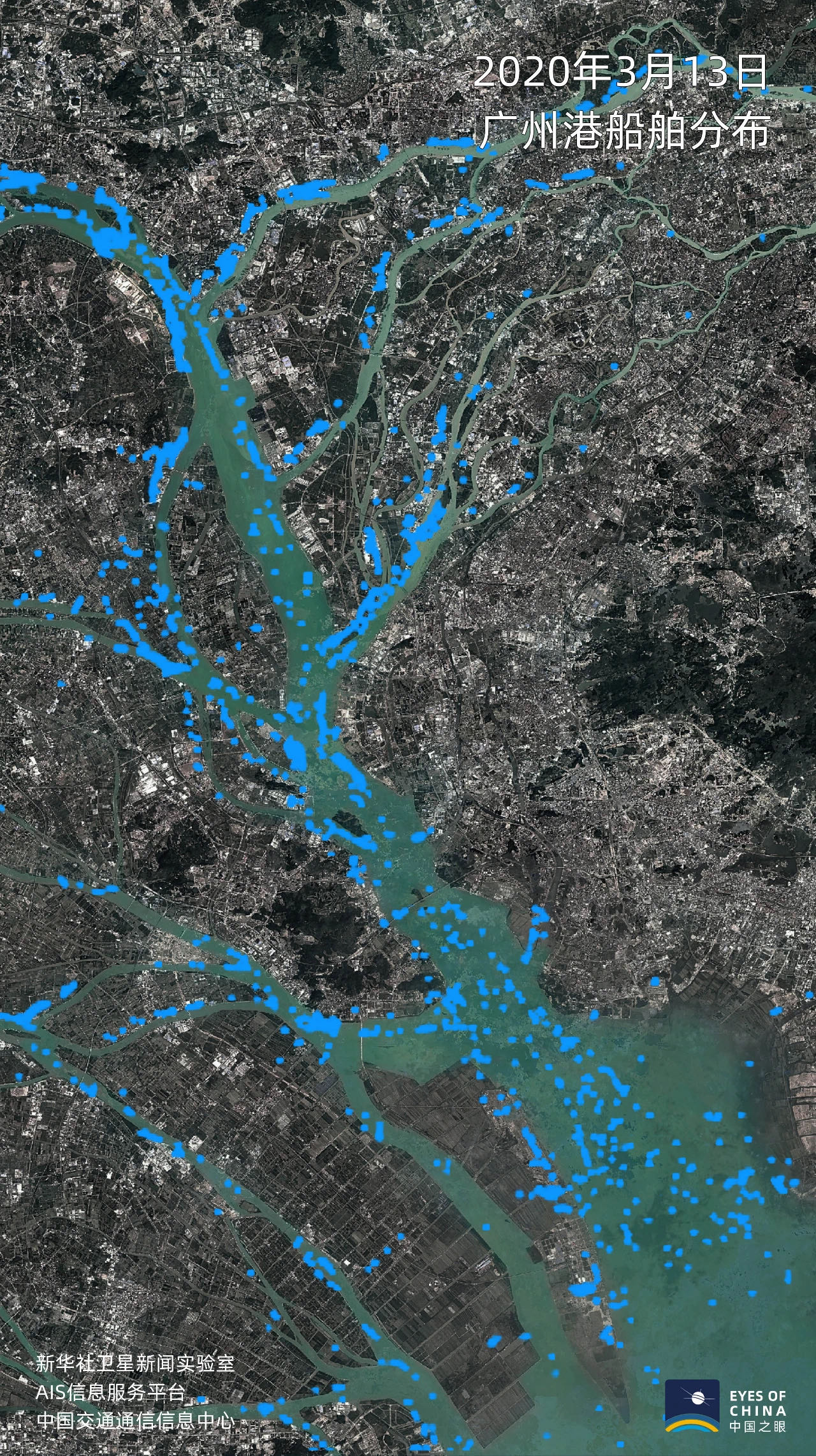 Compared to February 1, the number of ships docking in the mouth of Pearl River or about to sail into the ocean or into port increased significantly by mid-March. 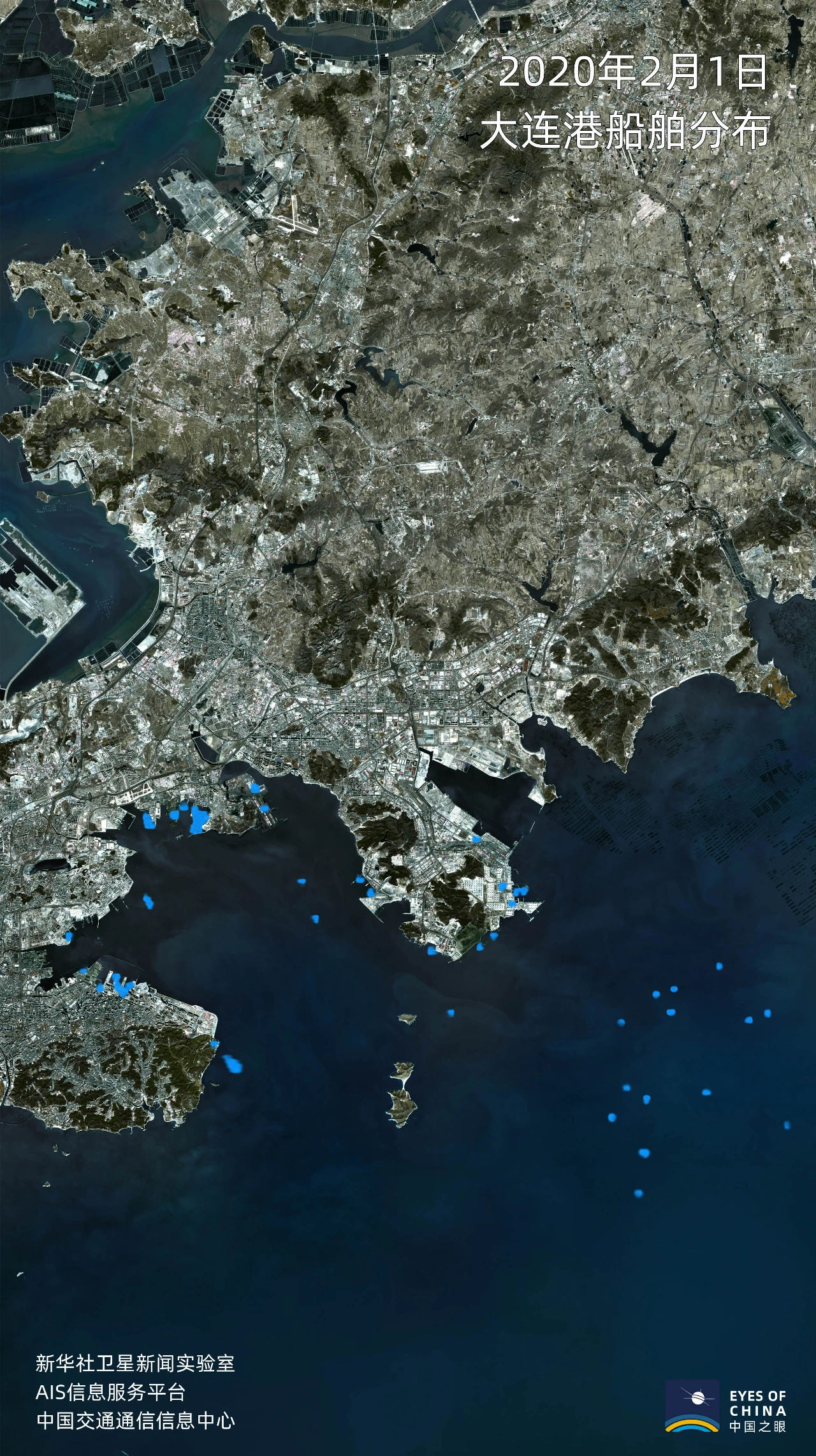 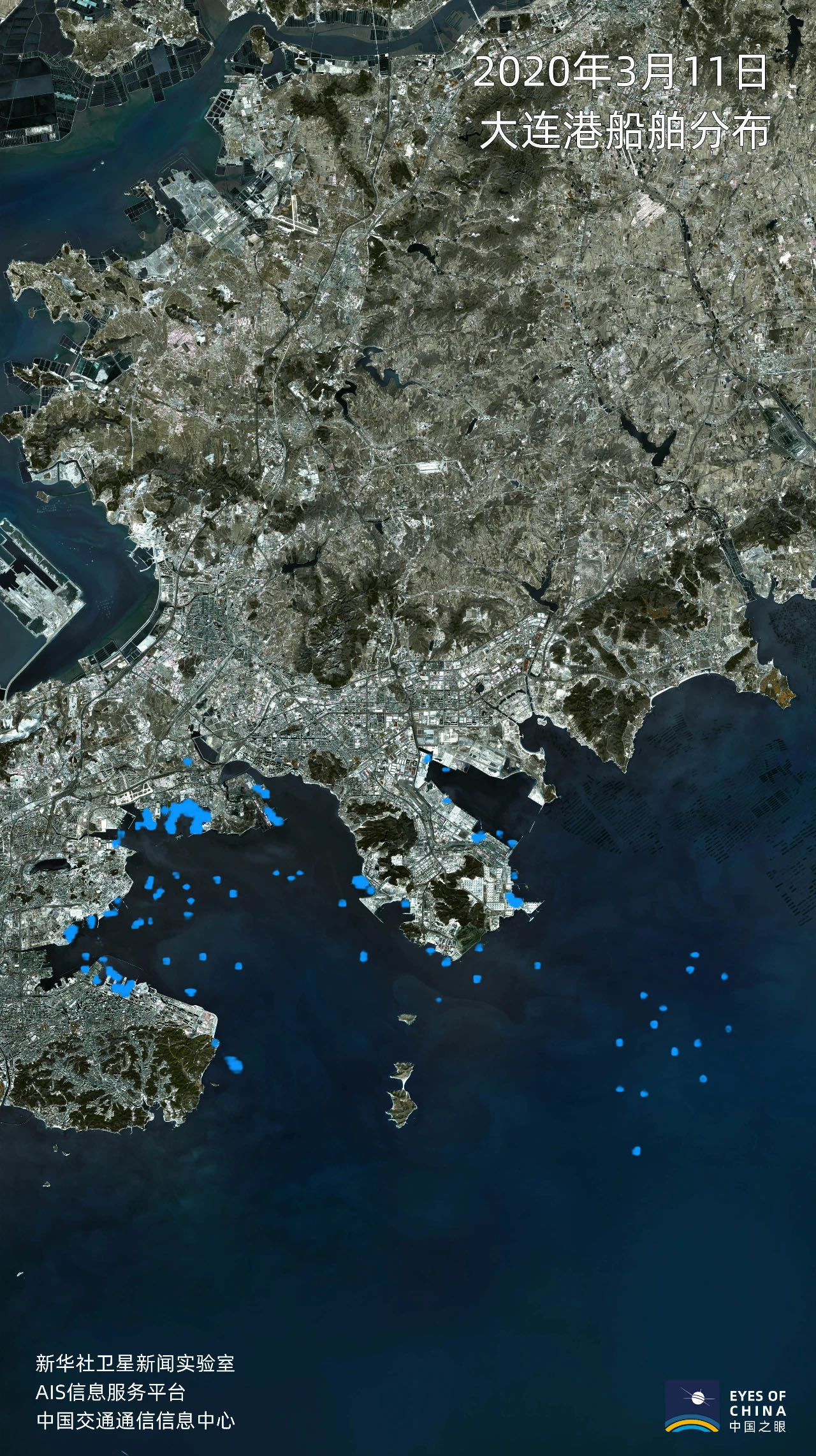 Compared to February 1, the number of ships docking at Dalian Port increased significantly by mid-March.