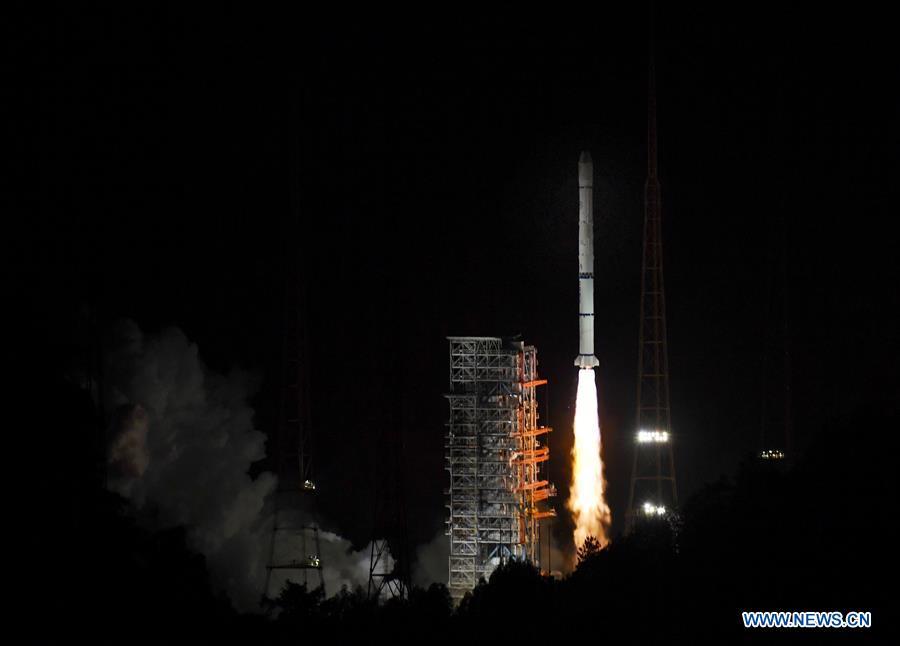 The Fengyun 2H meteorological satellite, carried by a Long March 3A rocket, is launched from the Xichang Satellite Launch Center in Southwest China's Sichuan province, on June 5, 2018. (Photo: Xinhua)

China is using more advanced satellites designed and made by China Aerospace Science and Technology Corporation in flood monitoring and assisting, Sina.com reported on Thursday.

As early as a month ago, under the request of the Ministry of Emergency Management, the China Center for Resources Satellite Data and Applications affiliated with CASC has began carrying out Earth observations in flood-stricken areas in southern China, especially the hard-hit regions.

As of July 13, the center has used five satellites from the Gaofen series, including Gaofens 1, 3 and 6, which took photos 73 times and shared 248 scenes of valid data.

Those satellites take emergency photographs of the affected areas at least twice a day. After being processed, the returned data will be sent to relevant departments and local governments in the affected areas through a special line.

In this flood monitoring task, Gaofen 3 showed its talents by capturing 39 images and obtaining 118 scenes of valid data. Gaofen 3, which was put into use in January 2017, is China's first C-band multi-polarization synthetic aperture radar imaging satellite with a resolution of 1 meter.

Different from other optical remote sensing satellites, Gaofen 3 is not affected by inclement weather such as snow, wind or rain. The microwave signal sent by the satellite penetrates clouds and reaches the ground, then is reflected by ground objects and returned to the satellite, enabling all-weather Earth observation.

Previously, the Gaofen series has provided support for typhoon, earthquake and forest fire rescue. It also played an irreplaceable role in the monitoring of flood disasters.

The Fengyun meteorological satellites conduct inspections on all major river basins and lakes in China four times a day, and at the same time closely monitor Taihu Lake and Dongting Lake, according to Yang. If a flood occurs, relevant monitoring results based on satellite data will be released to the government and public in a timely manner.

The center uses the Fengyun, Gaofen, Sentinels and other multi-source satellites for comprehensive monitoring. The results of satellite remote sensing monitoring since 2010, combined with meteorological observation data from the past 60 years, have led to scientific analysis and assessment of the changes in the main body of Poyang Lake and its surrounding waters.

The latest results show the main areas and surrounding waters of Poyang Lake amount to 4,403 square kilometers, the largest in 10 years.