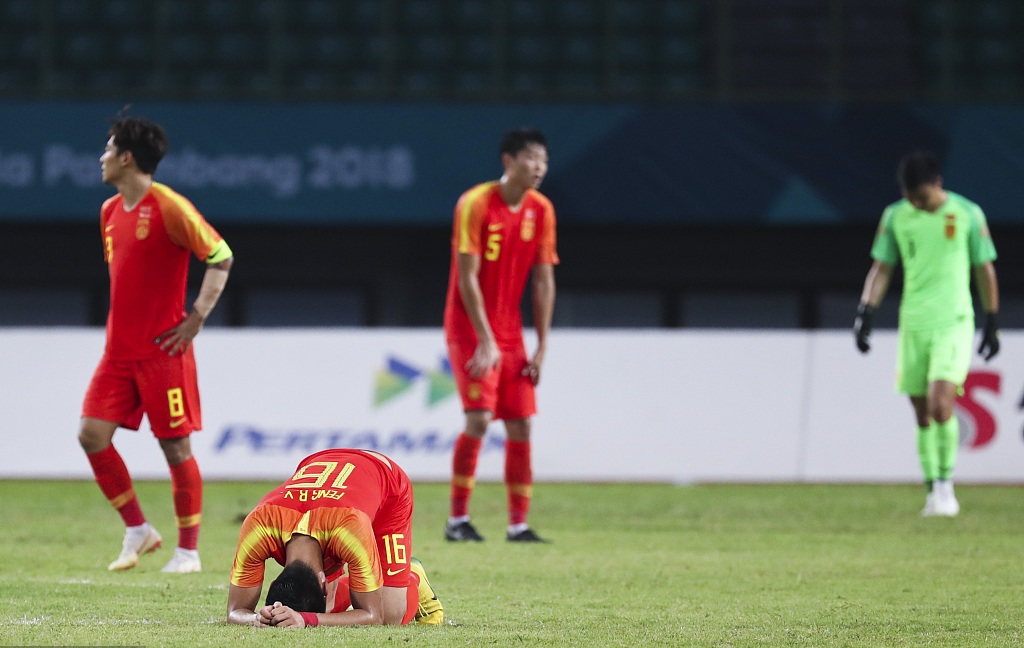 Haroune Camara scored a hat-trick as Saudi Arabia thrashed China 4-3 in a final 16 tie of the men's soccer competition at the Asian Games on Friday.

Saudi Arabia looked more dangerous from the start threatening China's shaky defence constantly, and their attack bore fruit at the 16th minute when forward Camara was put on a solo run by a through pass from  midfield. He deftly flicked the ball past helpless Chinese goalkeeper Chen Wei.

Saudi Arabia made it 2-0 at the 29th minute through Saad Alselouli who finished their fluid attack with an angled shot.

Four minutes later, Camara scored again when he outpaced his marker to send home a long pass from teammate. He completed the hat-trick at the 60th minute with a powerful shot.

Chinese players finally found their touch over the final 15 minutes. Yao Junsheng pulled one back for China with a direct free-kick at the 81st mintue.

Huang Zichang, who came on at the 59th mintue to replace injured forward Zhang Yuning, scored a late goal at the 89th minute. China's last goal came at the final minute of the 5-minute extra time through Wei Shihao who ran to a pass and fired the ball in.

Saudi Arabia will face the winner of the match between Japan and Malaysia in the quarterfinals.