BEIJING, April 10 (Xinhua) - With over 1.6 million cases confirmed, more than 95,000 deaths reported, and 180-plus countries and regions affected, the raging COVID-19 pandemic is challenging not only global public health, but also the world economy. 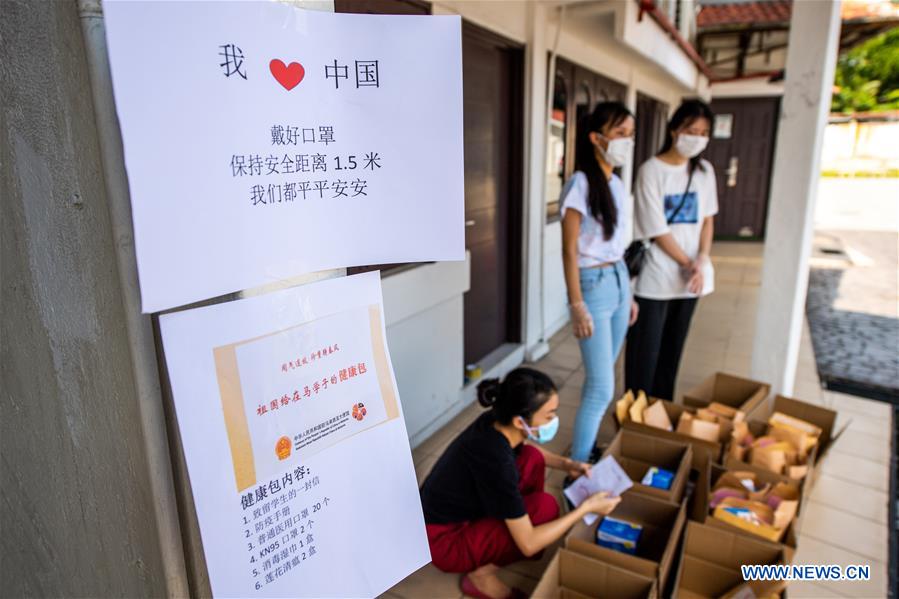 Since the outbreak, China has been waging all-out war to fight the virus, and its response has proven quite effective. After 76 days of lockdown, Wuhan, the epicenter of the disease in China, started lifting outbound travel restrictions from Wednesday in a bid to return life back to normal and get its economy back on track.

A life-first principle, strong and open economic policies and a cooperative mindset have defined China over the past few months, and the world has taken notice.

More infections and deaths are expected from COVID-19.

So far, infections have topped 1,602,000 in 185 nations and regions, with over 95,700 deaths, an interactive map maintained by Johns Hopkins University's Center for Systems Science and Engineering showed.

"It is essential that we focus on the right priorities to save lives and livelihoods," wrote International Monetary Fund (IMF) Managing Director Kristalina Georgieva and World Health Organization (WHO) Director-General Tedros Adhanom Ghebreyesus in an op-ed published in British newspaper the Telegraph.

Ever since the disease broke out in Wuhan, China's focus has been exactly that: to save lives. The Chinese government has taken decisive, comprehensive and strict measures to contain the spread, and people from all walks of life have united as one to combat the virus.

"From day one of our fight against the outbreak, we have put people's life and health first," said Chinese President Xi Jinping in his keynote speech at the Extraordinary G20 Leaders' Summit.

Some 41,600 medical personnel from across the country have been dispatched to the central province of Hubei, and the province's capital Wuhan, on lockdown since Jan. 23, has repurposed 86 hospitals for COVID-19 treatment and built another 16 offering an additional 60,000 beds.

Chinese scientists have been dedicated to creating a vaccine against the disease, with clinical trials expected to commence by mid-April.

Although the domestic spread has been basically curbed, top Chinese officials are adamant about preventing a resurgence of the outbreak.

"China's central government was diligent by pursuing measures that were designed to protect people's lives," said Jon R. Taylor, professor and chair of the political science and geography department at the University of Texas at San Antonio.

To blunt the economic impact of COVID-19 worldwide, G20 leaders have pledged to inject 5 trillion US dollars of fiscal spending into the global economy.

Amid the global economic uncertainty, China, where the epidemic is dwindling, has started to resume economic activity. From the financial markets to investment and consumption, China has tailored policy toolkits to help spur growth at home and boost confidence in the global economy.

Takashi Kodama, head of the economic research department at the Daiwa Institute of Research Group, said progress in China's economic recovery is noteworthy.

If private consumption in China, which is less affected by the deterioration of the global economy, can recover quickly, it would give hope to other countries and provide a much-needed boost to global financial markets, he said.

In parallel, China has taken steps to stabilize foreign trade and investment, injecting confidence once again into globalization. The country will establish new pilot zones for cross-border e-commerce and host an online Canton Fair.

China continues to believe in globalization despite mounting skepticism from the West.

"Our human family is stressed and the social fabric is being torn; people are suffering, sick and scared," said United Nations Secretary-General Antonio Guterres, adding the pandemic is "a human crisis that calls for solidarity."

A virus is blind to borders and races; pulling together is the only way out. Based on that conviction, China has walked the talk by bolstering global health cooperation to combat the pandemic and jointly build a community of common health for mankind.

Since the outbreak, China has wasted no time in releasing information about the virus, including its genetic sequence, primers and probes.

When meeting with Tedros in Beijing in January, Xi said China attaches great importance to the cooperation with the WHO, and is ready to work with the organization as well as the international community to safeguard regional and global public health security.

Apart from inviting Chinese and foreign experts to join a WHO joint mission to investigate the epidemic in the country, China has also donated 20 million dollars to the WHO to support international cooperation against the disease.

"China's good cooperation with the World Health Organization has enabled various national authorities to prepare, as best as possible, for the difficulties brought by the wave of contamination," former French prime minister Jean-Pierre Raffarin told Xinhua.

Reciprocating the kindness of others during its toughest period combatting the disease, China has extended a helping hand to over 120 countries and some international organizations, offering them surgical and N95 masks, personal protective equipment, and test kits, among others.

Having accumulated experience and knowledge first-hand against COVID-19, Chinese health professionals are sharing useful information via video conferences with their foreign colleagues, including those from Italy, Spain, Britain, Pakistan, Brazil and the United States.

By adopting "a strategy of international cooperation," China has assumed its role as a major country in the global anti-virus fight, said Raffarin.