CHINA Scholar gives back through donations

Scholar gives back through donations 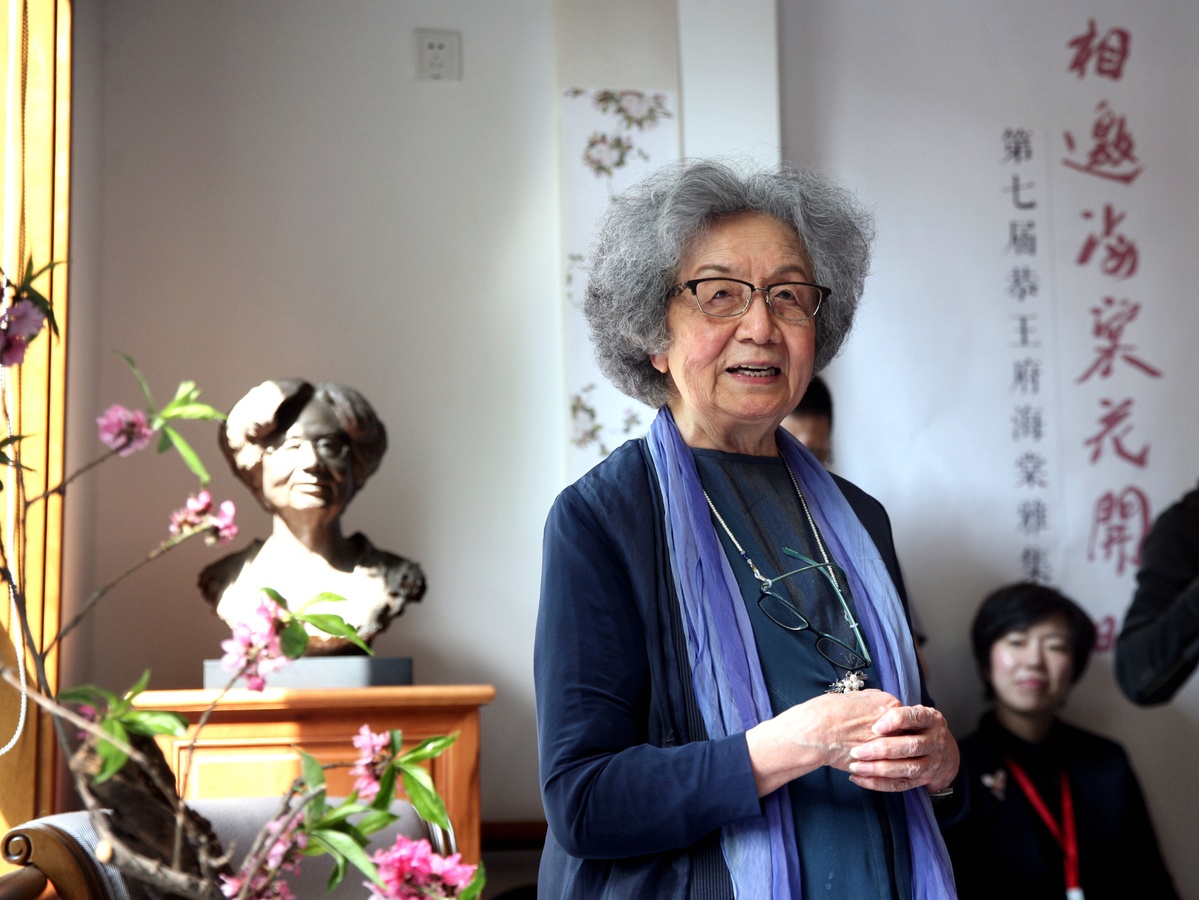 She made the donation at the sixth Nankai University Alumni Association Forum held in Shaoxing, East China's Zhejiang province. Yeh, 95, rarely makes public appearances and was not present at the event.

Her donation came just less than a year after she made a hefty donation of 18.57 million yuan to establish the Jialing Fund in a bid to support traditional Chinese cultural research. Yeh has donated a total of 35.68 million yuan to date.

She was committed to teaching ancient Chinese culture and is considered to be the scholar dedicated to teaching Chinese poetry for the longest period overseas - a period of more than 50 years. She is also the most influential scholar with the highest achievements.

Studies in Chinese Poetry, the 1988 book she co-wrote with Harvard University professor James Hightower, is recognized for its profound impact on global appreciation of Chinese poetry.

The Chinese-born Canadian graduated from Fu Jen Catholic University in 1945, which later became part of Beijing Normal University. Yeh later became a member of the Academy of Science of the Royal Society of Canada in 1990.

Her last public appearance was during the Lotus Festival in June at the prestigious Nankai University, where she was seen speaking to students and reporters.

In February, she published narrative essays of her personal experiences and on her special bond with Nankai University on the alumni website.

In these essays, she said it has been 40 years since she began teaching at the university in the late 1970s.

"When I was employed as the director of the Chinese ancient cultural research institute under Nankai University in 1993, we were short of funds," Yeh said.

"It was a Canadian entrepreneur that sponsored us to set up the current building.

"I also donated half of my retirement funds from my overseas career to the university - $100,000 which was the equivalent of 1 million yuan at that time - as scholarship funds for the institute."

A Macao entrepreneur also donated 1 million yuan in 2000 to purchase books and teaching facilities for the institute.

All the funds contributed to the smooth development of the institute.

Together with Nankai University's investment, other donations have also gone to support the Jialiang Academy, which was built by the university to encourage even more Chinese poetry research studies.

"I indicated that I don't need any personal housing quarters, only a place to do research would be fine," Yeh said.

In her personal statement on the alumni website, Yeh explained the source of her funds - the donation of 18.57 million yuan last year - for the first time to clarify rumors.

She said her donation last year came from two of her properties in Beijing and Tianjin and it was donated to the Nankai University Education Fund.

Yeh also said that she will donate all her copyright royalties and remuneration to Nankai to support ancient Chinese cultural research in the near future.

"I feel grateful to Nankai for giving me such an opportunity. As a scholar, it's really hard to give back to my country, and now my dream as a scholar to repay my country has been realized," Yeh said.

Yeh now lives a very simple life on campus. She fell down 10 years ago and had a bone fracture. Since then, she hired a nanny to cook and do some cleaning work in her home.