CHINA Schools in HK urged to uproot separatism on campuses

Schools in HK urged to uproot separatism on campuses 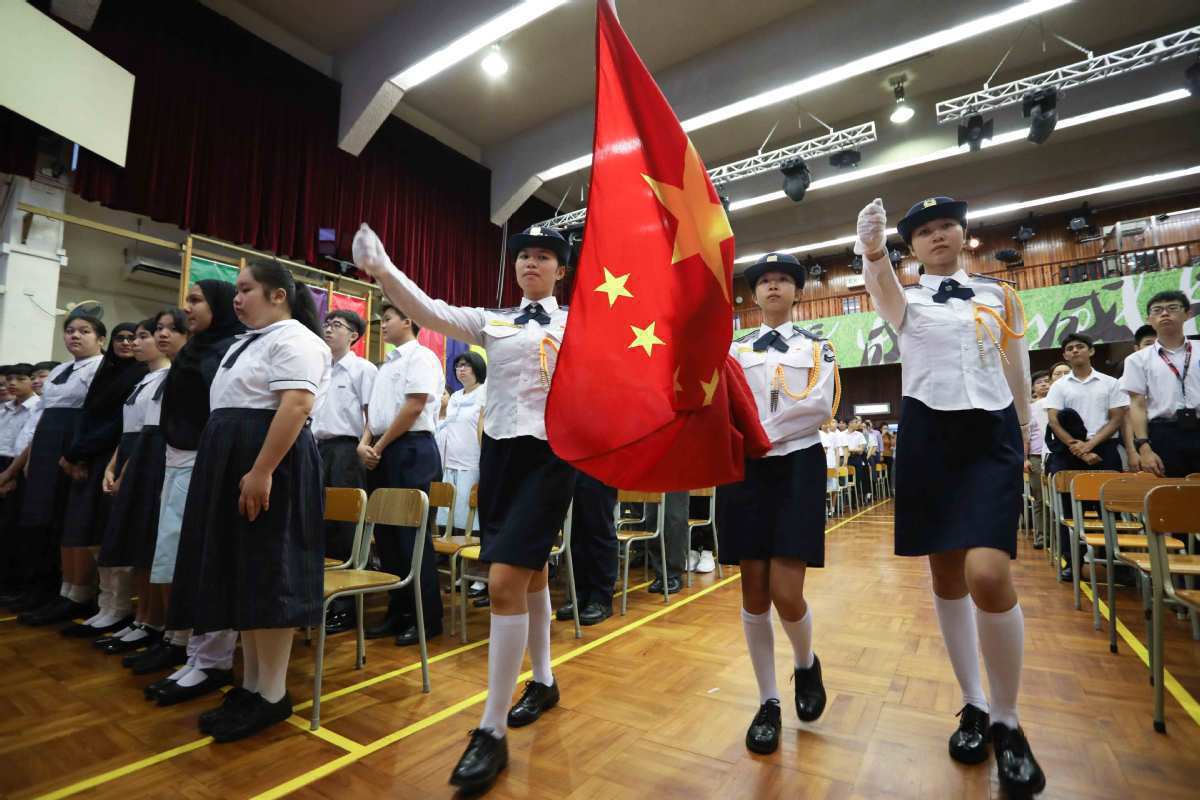 Hong Kong's education sector were urged to ramp up efforts to snuff out budding separatism on campuses one day after four students were arrested for advocating Hong Kong independence.

The four, aged 16 to 21 and claiming to be students, were suspected to have agitated for secession and inciting secession in violation of the city's National Security Law.

According to the police, the suspects had formed a new political group and pledged to use every means to fight for the establishment of a "Hong Kong nation".

Secretary for Security John Lee Ka-chiu, who's also a member of the city's top-level national security policy-formulating body, the Committee for Safeguarding National Security, put campuses on the top of his agenda as the city seeks to eradicate separatism.

In an interview with Chinese-language newspaper Ta Kung Pao, he said separatism talk, as well as biased and corrupted teachers, should be kept away from classrooms.

"We haven't done our education work well in the past 23 years, resulting in many young people losing their sense of national identity and respect for the law," he said.

To start with, the government will strive to reform school management, curricula and daily activities.

In a social-media post, he said that although the Education Bureau has condemned and warned a group of secondary teachers of their misconduct and unprofessionalism during last year's violent anti-extradition protests, the authorities have neither identified the teacher and school, nor have they given the reasons for its warning.

Leung said the bureau should enhance transparency in handling complaints against teachers, and prevent innocent students from being exposed to poisonous thoughts, such as separatism, on campuses.

He said that even as a school principal himself, he's not informed as to how teachers had breached their code of conduct last year.

Tang urged the authorities to compile a casebook, detailing the out-of-line behavior and the penalty a teacher involved should get. "This could provide effective guidelines for schools, as well as teachers, to uphold their professional standards," he said.

Willy Fu Kin-chi, vice-chairman of the Hong Kong Legal Exchange Foundation, warned youngsters that being young does not mean they can escape the long arm of the law.

"Everyone is equal before the law. No matter how old you are, any person who breaks the law must bear the legal consequences," he said.