LHASA, Aug. 8 (Xinhua) -- Agricultural science and technology have contributed greatly to the effective supply of agricultural products, and raised the incomes of farmers and herders in southwest China's Tibet Autonomous Region, local authorities have said. 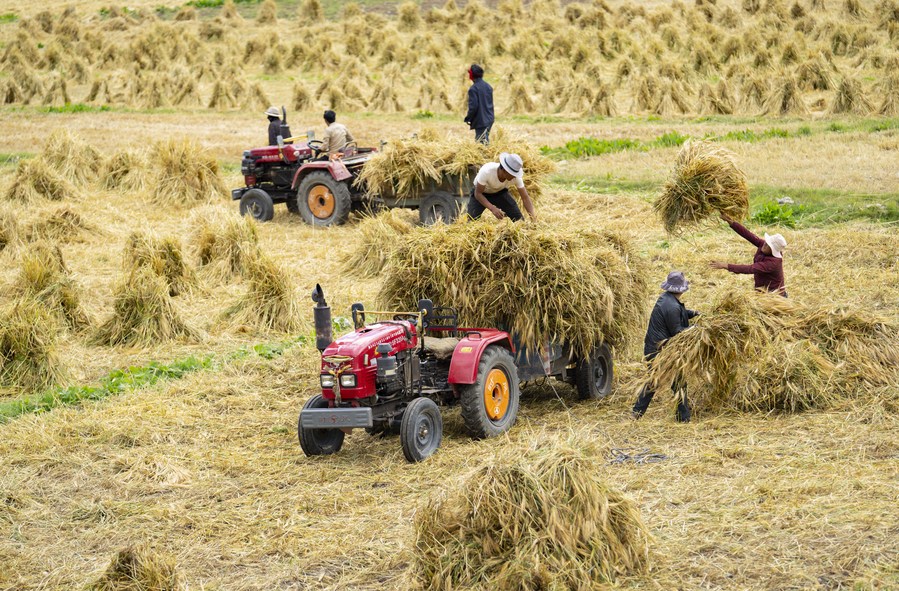 The region has popularized a series of new agriculture and animal husbandry varieties, technologies and equipment over recent decades, with more than 150 new crop varieties having been nurtured, it said.

Tibet's highland barley yield surged from approximately 80 kg per mu (about 0.067 hectares) before the region's peaceful liberation in 1951 to some 380 kg per mu at present.

Sci-tech innovation has also helped increase the incomes of farmers and herders, the department said.

In 2020, the per capita disposable income of Tibet's rural residents was 14,598 yuan (about 2,250 U.S. dollars), up 12.7 percent over the previous year and marking the 18th year of double-digit annual growth, according to a white paper released in May.