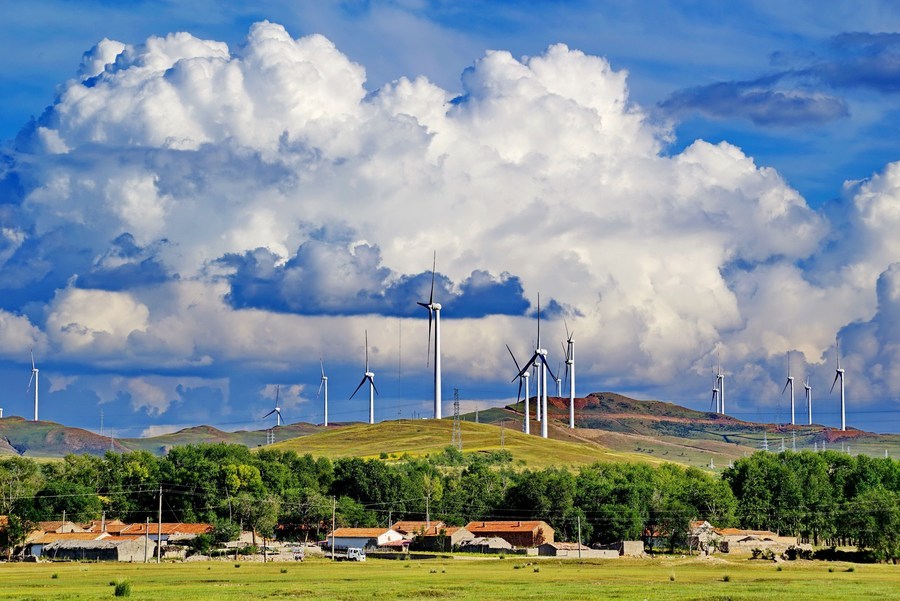 As the world faces the enormous challenge of climate change, how do we further cut carbon emissions? Wang Zhonglin, an academician at the Chinese Academy of Sciences, shared his team's experiment of collecting energy from some of the most trivial daily movements: friction.

"When you walk, there's friction; When the wind passes through the atmosphere, there's friction, and there's energy consumed and wasted in this way," Wang said, adding that his technology means to collect this energy and turn it into something for actual use.

The idea has been there for long a time, but realizing it has been a challenge. One of the biggest obstacles is efficiency. The energy from friction is so low and so distracted that one can hardly collect enough to even light up a bulb.

Wang's team used a kind of nanometer material that could accumulate high densities of electrostatic charges at its surface, which enables it to turn the energy into electricity at a high efficiency. That's why it is called a "tribalelectricity nanogenerator".

Wang introduced this at the IHEP Colloquium, a regular seminar held by the Institute of High Energy Physics. In order to show his achievements, he brought an experimental device, which, after waving his hand at the back, triggered thousands of small LED bulbs to light up on the other side.

"The electric voltage generated this way is thousands of volts high," he said.

The technology has many applications across a number of fields.

On a large scale, it can be used to collect the enormous energy generated by the ocean. Currently there are tidal power generators, but they can only efficiently use tides that come in the morning and evening, while the eternal movement of the ocean itself has not been tapped.

Wang's team turned their generators into balls and put them into the ocean, which could collect about 28 percent of the energy transmitted by waves, transforming it into electricity.

Dong Yuhui, a senior researcher at IHEP, spoke highly of the achievement. "Pacemakers for the heart need an energy source and currently we use batteries. Every five to 10 years the battery has to be changed and the patient has to undergo a cardiac operation," he said. "This new invention saves the risk and the trouble."