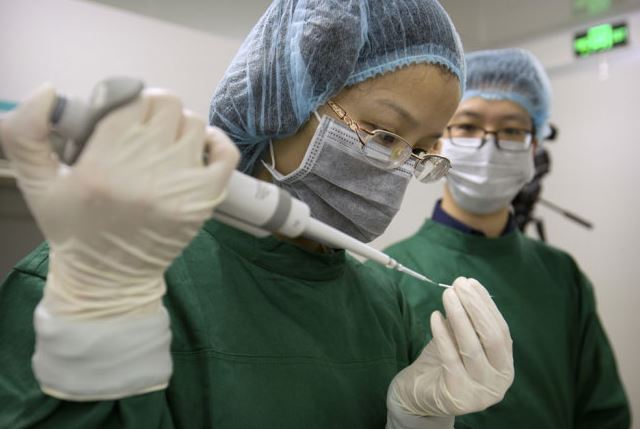 China's National Health Commission has demanded a thorough investigation into the recent claim by a scientist in China that they genetically engineered twins to make them immune to HIV infection. A joint statement issued by 122 scientists late yesterday strongly condemned the lax ethical review of the study.

The twins, who were born to a mother who is HIV negative and a HIV-positive father, are reportedly in good health.

Researcher He Jiankui claimed on Monday that he and his team used the CRISPR gene editing technology to remove a gene from the zygote that they believe allows a HIV infection to take hold. The researchers also have plans to eliminate a gene called CCR5 in the hope of rendering offspring resistant to HIV, smallpox, and cholera.

He Jiankui made the claim about his team's research in Hong Kong ahead of an international conference on gene editing that opened on Tuesday. He was due to attend the conference and deliver a speech on Wednesday, however he was absent from the opening ceremony and the organizing committee is reconsidering his eligibility to participate.

The announcement regarding the experiment, which has so far not been subject to peer review by a scientific journal, has shocked the world scientific community. For several years, many scientists have called for a ban on genetic engineering of the human genome. An official with a local medical ethics committee attached to the Health and Family Planning Commission in Shenzhen said that verification of He Jiankui's claims is underway.

He Jiankui was an associate professor in the biology department at the Southern University of Science and Technology until he started a three-year period of unpaid leave in February. The university said it has no knowledge about He's study.