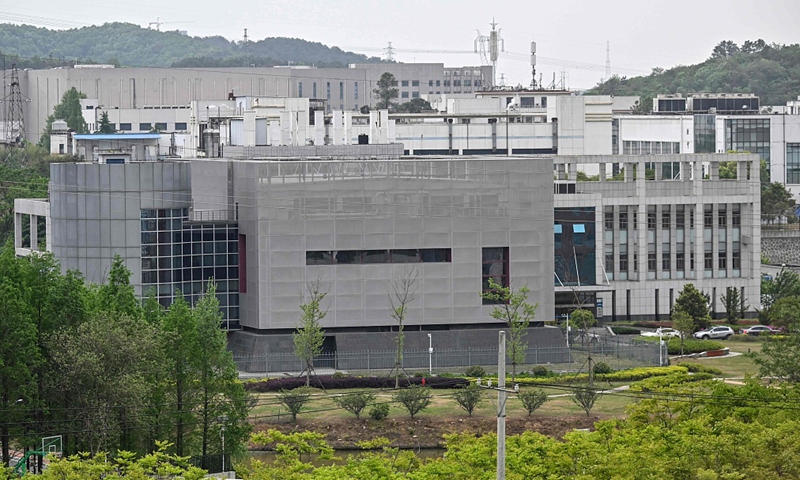 As the debate surrounding the origins of the COVID-19 virus has long branched out as Western politicians and media's muzzle of China-bashing, and individuals' tool to gain personal fame, Chinese and foreign scientists who buried their heads in studying the puzzle have also been pushed out front, such as Shi Zhengli. They decided to break their silence, and hopefully they can veer virus tracing back to a "scientific and rational" way.

In a rare interview with the New York Times published on Monday, China's "bat woman" Shi Zhengli, a virologist from the Wuhan Institute of Virology (WIV), which was mired at the center of "lab-leak" conspiracy, said, "How on Earth can I offer evidence for something where there is no evidence?" when confronted with "lab-leak" suspicions.

"I don't know how the world has come to this, constantly pouring filth on an innocent scientist," she wrote in a text message she sent to the US newspaper.

Shi is not the first scientist that has had enough of the conspiracy. When talking to the Global Times on Tuesday, a virologist, who is Shi's collaborator and requested anonymity, said that the issue of tracing the virus origins has "definitely been politicalized to largely serve [Western] domestic political needs such as winning elections…"

"There's no way that the virus could have been made in WIV. I am confident that science will eventually prevail by discovering the progenitor virus in nature one day!" the WIV virologist noted.

In the latest tussle, leaders of G7 countries played with the "lab-leak" conspiracy in their summit in Cornwall last week, after US President Joe Biden decided to expand an investigation by the country's intelligence agencies into the origins of the virus.

The World Health Organization (WHO) has made it clear that tracing of virus origins won't be solved once and for all, according to the anonymous virologist, who noted the second-stage investigation should be expanded to different parts of the world.

The virologist also debunk the accusations of Australian journalist Sheri Markson, who pieced together a video and claimed WIV kept live bats which can harbor SARS or COVID-19 viruses. It is well known in the scientific field that the Rhinolophus bats which carry such viruses are unable to be kept live in any laboratory around the world and definitely not in WIV.

Markson's purpose is to promote the sale of her new book, scheduled to be released in September. The WVI scientist noted that some clips of the video "unearthed" by Markson were taken from a publicity video released by the WIV in 2017. "Markson has made it as her secret discovery, which again proved that such news reports are not newsworthy and serve only the political purposes being pursued by certain journalists."

Similarly, Steven Quay, founder of Atossa Therapeutics, and Richard Muller, an emeritus professor of physics at the University of California, Berkeley, co-authored an article published in the Wall Street Journal on June 6 that backed the Wuhan "lab-leak" theory, as they claimed that the COVID-19 pathogen has a genetic footprint that has never been observed in a natural coronavirus.

A source close to the China-WHO joint investigative research mission to Wuhan refuted their claims, saying one of the authors, Quay, "is a bit of an odd-ball medical doctor," and "He wrote a book that had some do-it-yourself cures for COVID-19 and it was taken down from Amazon because it was not backed up by facts. He has no skills in molecular biology, but has been pushing the lab conspiracy for a year, and I believe these people just see a chance for fame and glory right now," the anonymous WVI source told the Global Times recently.

Not only were scientific facts twisted, scientists who dared to reveal their findings were also under attack. Kristian Andersen, a virologist at Scripps Research in La Jolla, California wrote a email to Dr. Anthony Fauci in January indicating that the virus was man-made as the "virus's genetic information looked "inconsistent with expectations from evolutionary theory."

Later after close study, Anderson changed his mind. He published a paper in March saying that "by comparing the available genome sequence data for known coronavirus strains, we can firmly determine that SARS-CoV-2 originated through natural processes."

Yet the scientist faced explosive claims on social media after he changed his conclusion. The scientist later removed his page on Twitter.

The New York Times also raised the question of whether three researchers from her institute had sought treatment at a hospital in November 2019 for flu-like symptoms, before the first COVID-19 cases were reported.

Shi rebutted by stating, "the Wuhan Institute of Virology has not come across such cases," and challenged whomever with the so-called "intelligence" by asking "If possible, can you provide the names of the three to help us check?"

Yuan Zhiming, director of the institute's Wuhan National Biosafety Laboratory, also told the Global Times that lab staff have had to report on a daily basis their health condition since the outbreak of the epidemic, and the antibody tests of COVID-19 for all staff turned out to be negative.

Chinese epidemiologists said that the trend of politicalizing virus-tracing issues and even hyping the "lab-leak" conspiracy are standing in the way of a "scientific and rational" investigation of the puzzle. Scientists worldwide should stand together to work on this issue, as well as hobble those who wants to squeeze on this topic for their own purposes, the epidemiologists said.