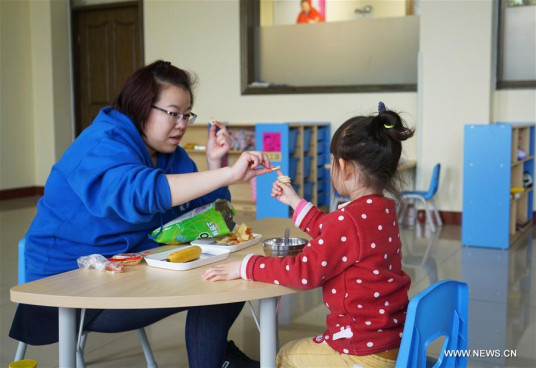 SHENZHEN -- A China-US joint research team has made new breakthroughs in developing non-human primate models for autism research, paving the way for possible drug discovery and gene therapy of the disorder.

The research was conducted by scientists from the Shenzhen Institutes of Advanced Technology (SIAT) under the Chinese Academy of Sciences, Massachusetts Institute of Technology (MIT), Sun Yat-Sen University and South China Agricultural University.

Autism is a neurodevelopmental disorder with a strong genetic basis. Scientists have identified hundreds of genetic variants associated with autism, and researchers in the study focused on one gene with a strong association called SHANK3.

Through the genome-editing system CRISPR, they engineered macaque monkeys with SHANK3 mutations and these monkeys showed some behavioral traits and brain connectivity patterns similar to those in humans with these conditions.

The primate model will provide a basis for a deeper understanding of the neurobiological mechanisms of autism and the development of more transformative therapeutics, according to the research team.

The research was published in the journal Nature.

According to Zhou Huihui from SIAT, one of the researchers, few drugs developed for autism using mice models have been successful in clinical trials, and more appropriate animal models are needed for simulating human brain disorders.

The primate model is close to humans in evolution and has many similarities in terms of brain structure and function. For example, the primate model has a more developed prefrontal cortex, which plays an important role in decision-making, attention and social interactions. Deficits in these cognitive functions have been associated with brain disorders including autism, Zhou said.

Robert Desimone, director of MIT's McGovern Institute for Brain Research, said the non-human primate model will play a positive role in understanding the pathology of autism and promoting drug development and application in the future.