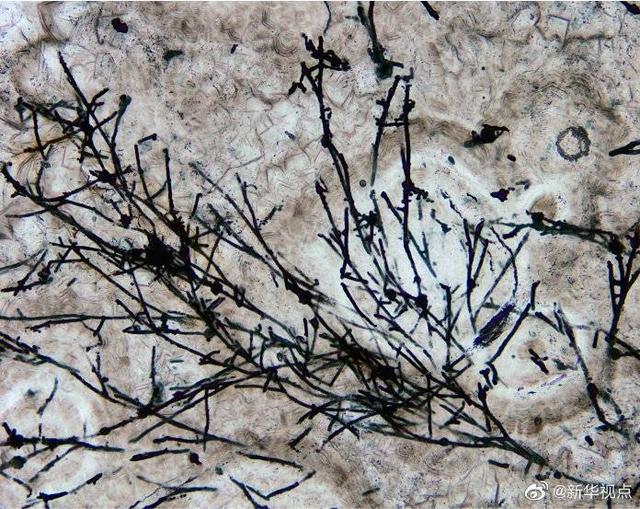 This is the earliest terrestrial fungi fossil evidence ever found, indicating that the ancestors of fungi, including yeasts, molds and mushrooms, colonized the land about 200 million years earlier than previously thought.

The study, led by researchers from the Chinese Academy of Sciences and Virginia Tech was published in Nature Communications journal last month.

Co-author Pang Ke, an associate professor at the academy's Nanjing Institute of Geology and Palaeontology, said the fossils were found in two dolostone karst caves. Researchers collected 20 samples, containing thousands of tiny thread-like filaments, each thinner than a hair.

The previous earliest record of terrestrial fungus discovered in Scotland showed fungi emerged around 410 million years ago. "The new discovery will recalibrate the timeline of when the organism colonized the land," Pang told Xinhua Wednesday.

"Water to land evolution is an important turning point in the history of life, and fungi were pioneers. The incredible 630 million-year-old terrestrial fungi are more than 100 million years older than the earliest terrestrial plants," said Pang, emphasizing the importance of the discovery in the evolution of life on Earth.