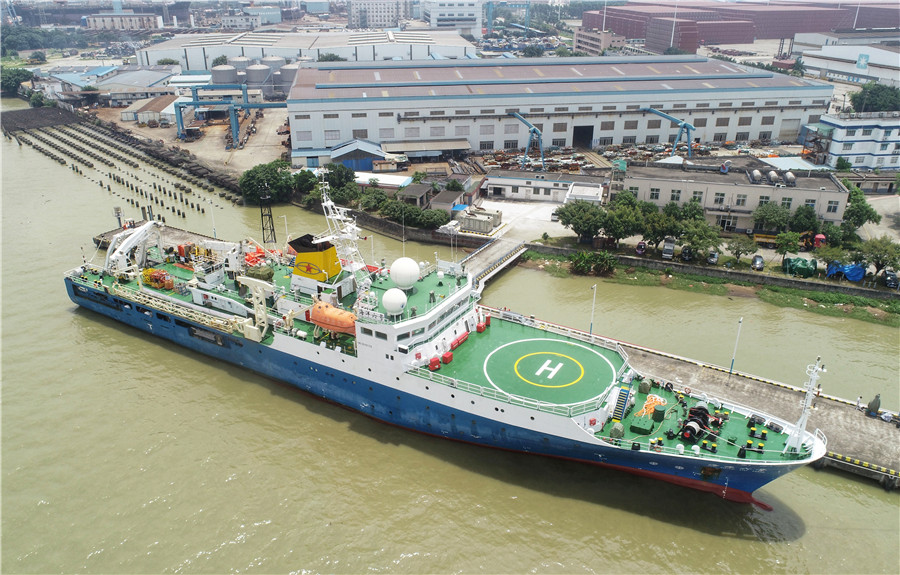 Chinese scientists discovered an active "cold vent" in the South China Sea during a research voyage that concluded on Thursday.

Cold vents are areas where methane, hydrogen sulfide and other hydrocarbons seep out off the ocean floor, providing a unique environment for organisms or the development of topographic features.

Samples and data of organisms, water, gas and sediments were collected to further the study of the evolution and mechanisms of cold vents, according to the China Geological Survey of the Ministry of Natural Resources.

Among the organisms seen was a type of tubeworm－paraescarpia echinospica－in the cold vent 1,390 meters below sea level.

With a 250-year life span, the species is one of the longest living, said Gong Yuehua, a senior engineer of the Guangzhou Marine Geological Survey, according to a report by China Central Television. 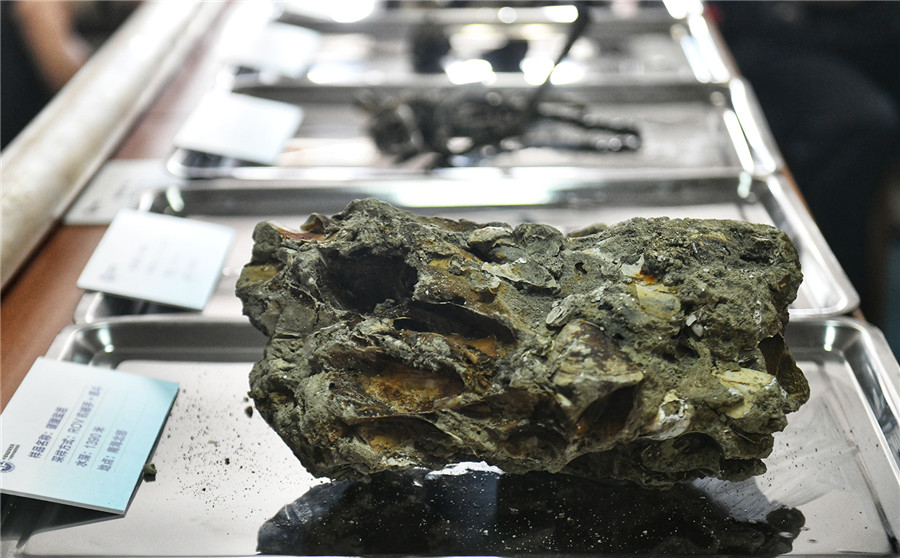 A carbonate rock was found during the scientific exploration. (Photo: China Daily)

The worm lives on bacteria in its stomach, which in turn feed on hydrogen sulfide and methane.

One of the samples of the species, which can grow to 1.6 meters long, has red blood.

The discovery marks the first of this scale by Chinese scientists around a cold vent. 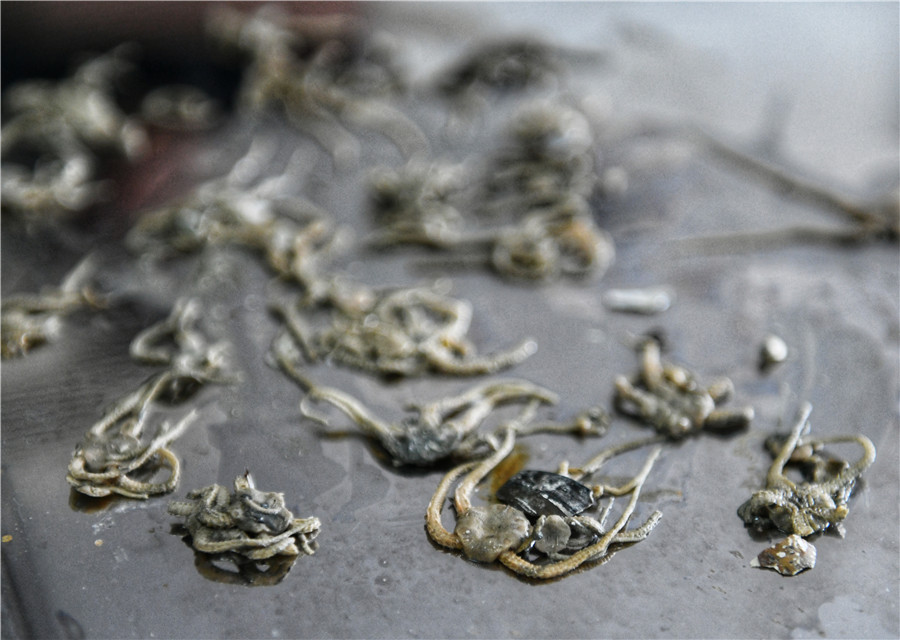 Samples of brittle stars were discovered from an active "cold vent" in the South China Sea. (Photo: China Daily)

The research voyage, covering more than 3,000 nautical miles in 36 days, combined more than 20 major tasks with 111 scientists and crew members on board.

Scientists came from 18 institutions, including research institutes and universities. 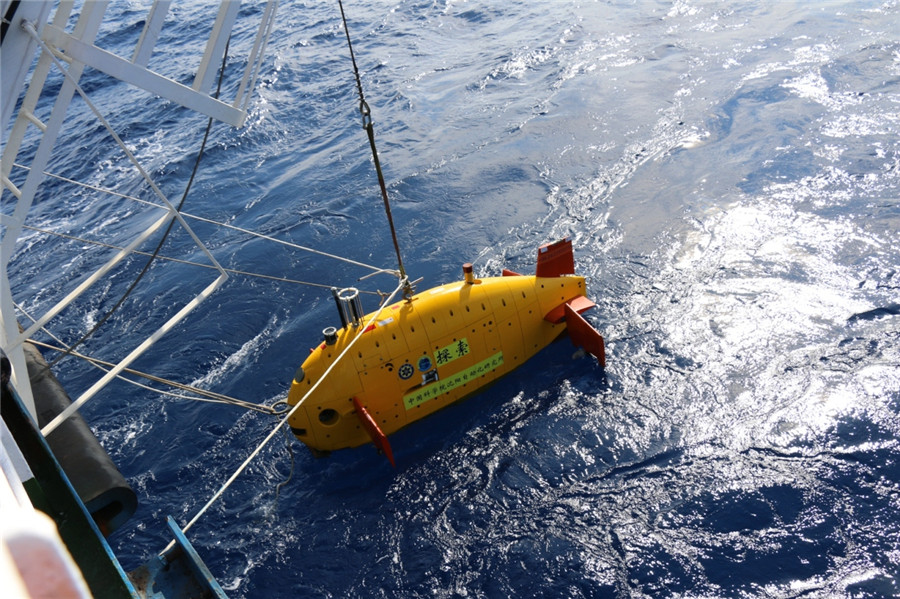 An autonomous underwater vehicle that was created by the Shenyang Institute of Automation of the Chinese Academy of Sciences. (Photo: China Daily) 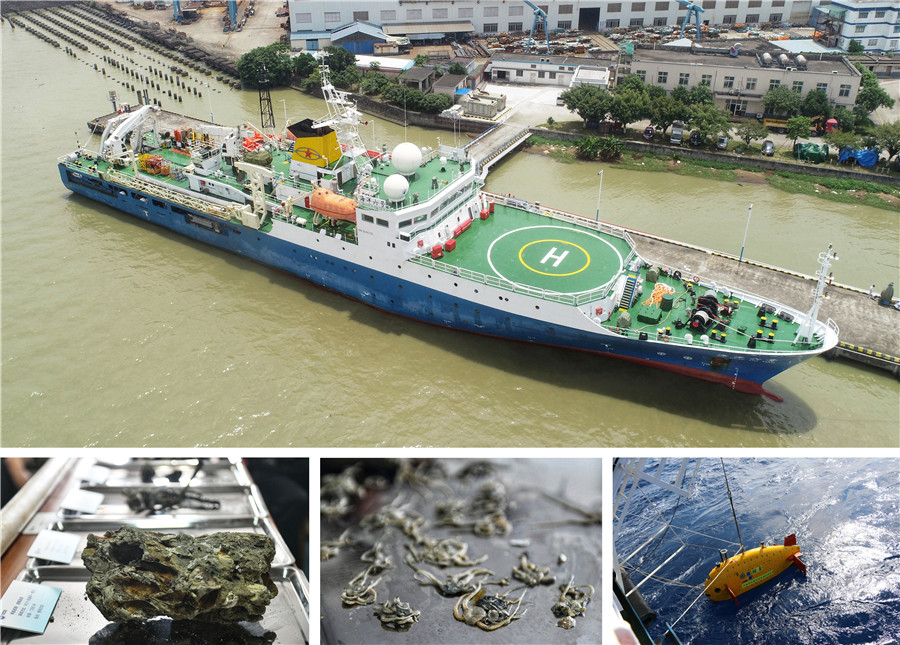 A combo of the photos above. (Photo: China Daily)