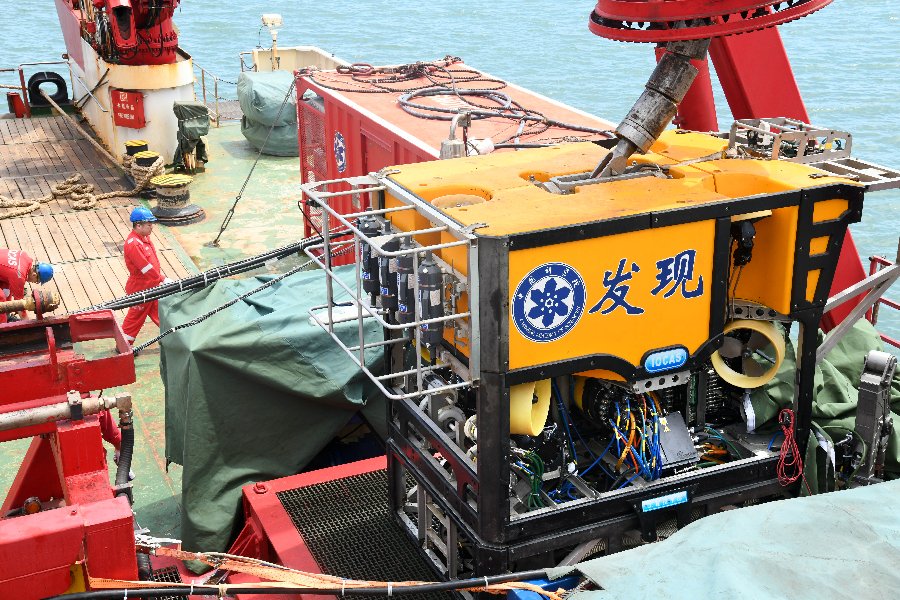 QINGDAO, May 19 (Xinhua) -- Chinese scientists have discovered the signature of bomb radiocarbon (C14) produced by thermonuclear tests in muscle tissues of shrimp taken from the world's deepest ocean trench.

The study, carried out by the Institute of Oceanology of the Chinese Academy of Sciences, used amphipod samples taken from Mariana Trench, Mussau Trench and New Britain Trench in the western Pacific Ocean during China's scientific expedition.

The research result indicates that anthropogenic pollution has reached the deepest place of the ocean via the food chain. It was published on the latest issue of the science journal Geophysical Research Letters.

Sun Weidong, a researcher of the institute involved in the study, said the penetration of bomb radiocarbon into the surface ocean is recorded as a rapid increase beginning in the late 1950s and 1960s and a gradual decrease after the 1970s, but it is not harmful to human bodies.

The scientists found that the amphipod in the trenches has unexpectedly long lives, which might be a result of an adaption to the harsh environment. Enditem