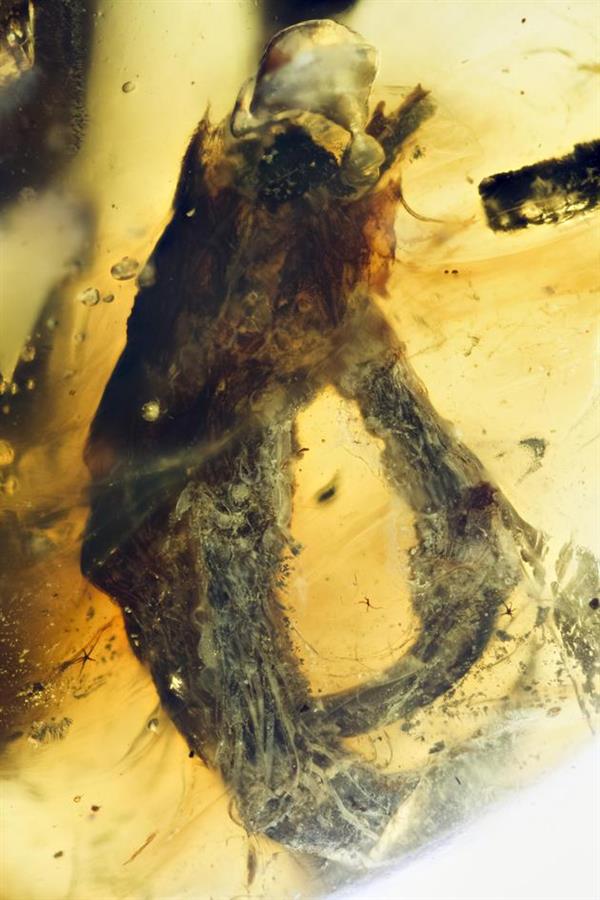 A team of Chinese, American and Canadian researchers have discovered amber containing a bird foot dating back around 100 million years.

The specimen was excavated at Hukawng Valley in northern Myanmar, an area rich in amber fossil discoveries. The result of the research was published by Scientific Reports on Wednesday.

"The bird foot is less than 7 millimeters long and well-preserved," said Bai Ming from the Institute of Zoology under the Chinese Academy of Sciences, co-author of the paper.

"This allows the researchers to build a high-definition three-dimensional model of the foot through computed tomography (CT)," Bai said.

The researchers found ragged fractures on the model, suggesting the bird foot was already broken before it was encased in resin which later formed into amber, according to Xing Lida, a leading scientist of the study from the China University of Geosciences in Beijing.

"The foot was probably left by predators or scavengers," Xing said.