CHINA Scientists in Guangdong find TCM may work as a contraceptive

Scientists in Guangdong find TCM may work as a contraceptive

Scientists from a hospital in South China’s Guangdong Province found Triptonide, a natural compound purified from Traditional Chinese medicine (TCM), may work as a contraceptive. 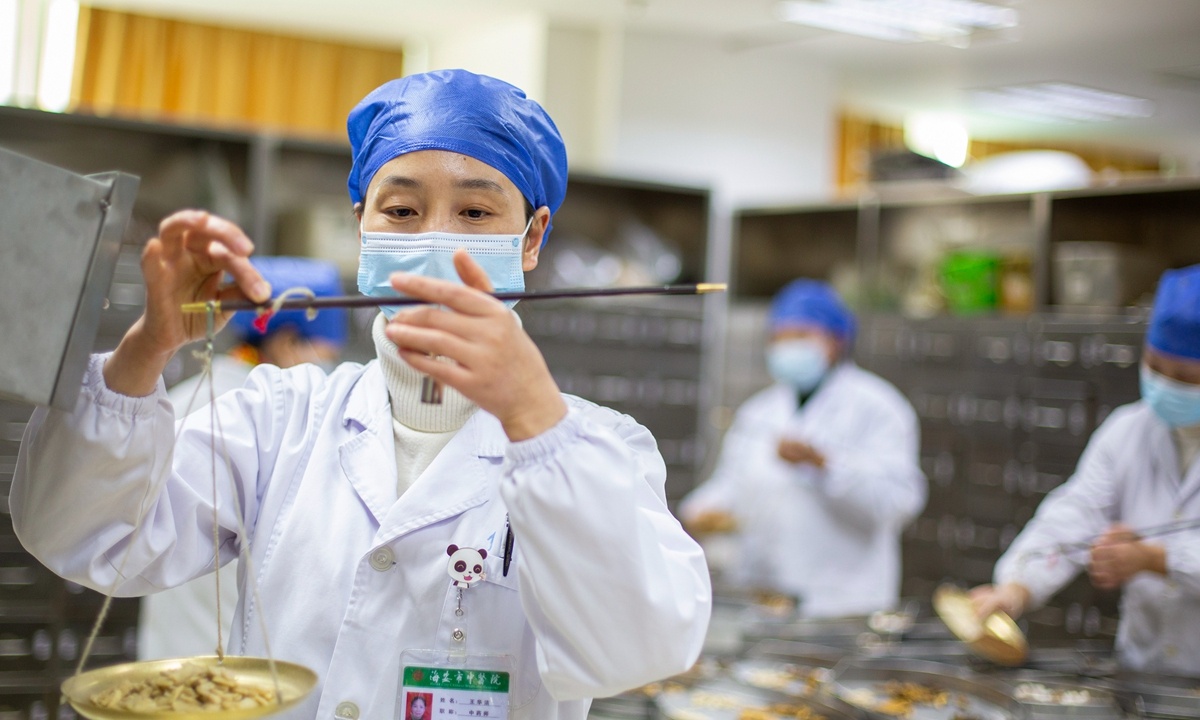 A pharmacist prepares traditional Chinese medicine according to a prescription in Nantong, East China’s Jiangsu Province in January. (Photo: cnsphoto)

The team led by Li Guanming, the Party secretary and dean of Guangdong Birth Control Special Hospital, told the media recently that triptonide, a natural compound purified from a Chinese herb, displays reversible male contraceptive effects in both mice and monkeys.

"The publication of this result shows that male contraceptive research in Guangdong Province is at the forefront of the world,” said Li.

Tang Yunge from Li’s team said that after nearly 10 years of research, the team found that triptonide can be used as a potential non-hormonal male contraceptive. Taken orally, the triptonide can induce deformed sperm with minimal or no forward motility in mice and monkeys.

Tests have shown that this method is almost 100 percent effective and has no obvious side effects. Once the treatment is stopped, the male's fertility can be fully restored and normal offspring can be produced.

Chinese scientists conducted the research together with professors from the University of California.

Some scientists challenged the result. Lai Zhiwen, a fertility doctor based in Chengdu, Southwest China's Sichuan Province, said that “further clinical trials are needed to test whether the fertility is reversible and whether there is reproductive toxicity when the drug is used.”

"Males worry that pills might damage their fertility or masculinity, so at present, the acceptance of oral contraceptives may not be very high,” Lai added.