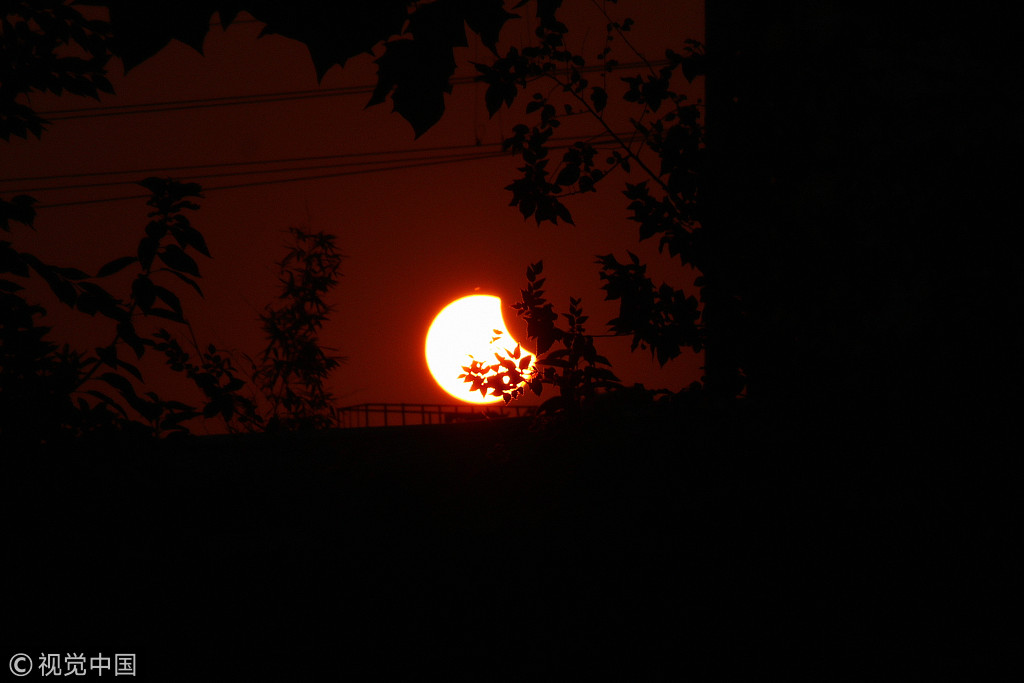 Total solar eclipses - when the moon comes between the viewer and the sun - are spectacular opportunities for scientists to observe the sun's corona. But from Earth, they are brief and rare.

So Chinese scientists have proposed a novel idea: Why not view a total solar eclipse in space by using the earth to cover the sun, thereby creating longer and more accurate observations to determine the source of solar storms?

NASA's Parker Solar Probe, the fastest spacecraft in history, blasted off on Sunday on a mission to study the sun at a closer range than any other spacecraft. The probe is expected to enter the sun's fiery corona after a journey of about seven years.

The Chinese approach is different: flying in the earth's shadow.

The corona - the sun's rarefied gaseous envelope - is more than 1 million degrees Celsius and often generates solar storms that damage satellites, navigation and communication systems, said Luo Bingxian, a researcher at the National Space Center of the Chinese Academy of Sciences.

"The heating process of the corona is one of astronomy's biggest mysteries, but our understanding of it is still lacking due to our inability to observe it," Luo said.

"It's very difficult to see the corona clearly from Earth, since its brightness is less than a millionth of that of the sun's disk," Luo said.

The corona is normally visible only during a total solar eclipse, when it is seen as an irregularly shaped glow around the darkened disk of the moon.

However, total solar eclipses are rare and usually last only minutes. Sometimes the best view is from the ocean, which is in motion. Often, weather conditions are poor, making them very difficult to observe.

Although scientists have devised a special instrument, the coronagraph, to observe the corona, it's easily affected by factors such as stray light, vignetting and atmospheric scattering.

"Since we can see the moon between the sun and earth during a total solar eclipse, I thought we could line up a telescope, the earth and the sun," Luo said.

His team calculated the best place for the telescope was close to the second Lagrange point of the sun-earth system, about 1.4 million kilometers from Earth.

There, the relative positions of the sun, earth and telescope would remain unchanged using the gravity of the sun and earth augmented by a little propulsion, Luo said.

Cooperating with scientists from the University of Science and Technology of China and the Innovation Academy of Microsatellites of the CAS, Luo recently took the idea to a contest of innovative future technologies in Shenzhen, Guangdong province, where it was selected as one of 30 winning projects. The contest encouraged young scientists to conceive groundbreaking technologies and trigger innovation.