A number of preeminent epidemiologists and scientists in China and overseas said it's absolute nonsense to let intelligence agencies lead COVID-19 origins-tracing work, and some scientists are working on a letter to Science magazine to rebut the "lab leak" theory, a source close to the matter informed the Global Times on Monday, after the UK intelligence unit, following Washington, said it believes it's "feasible" that the pandemic began from a Chinese lab leak. 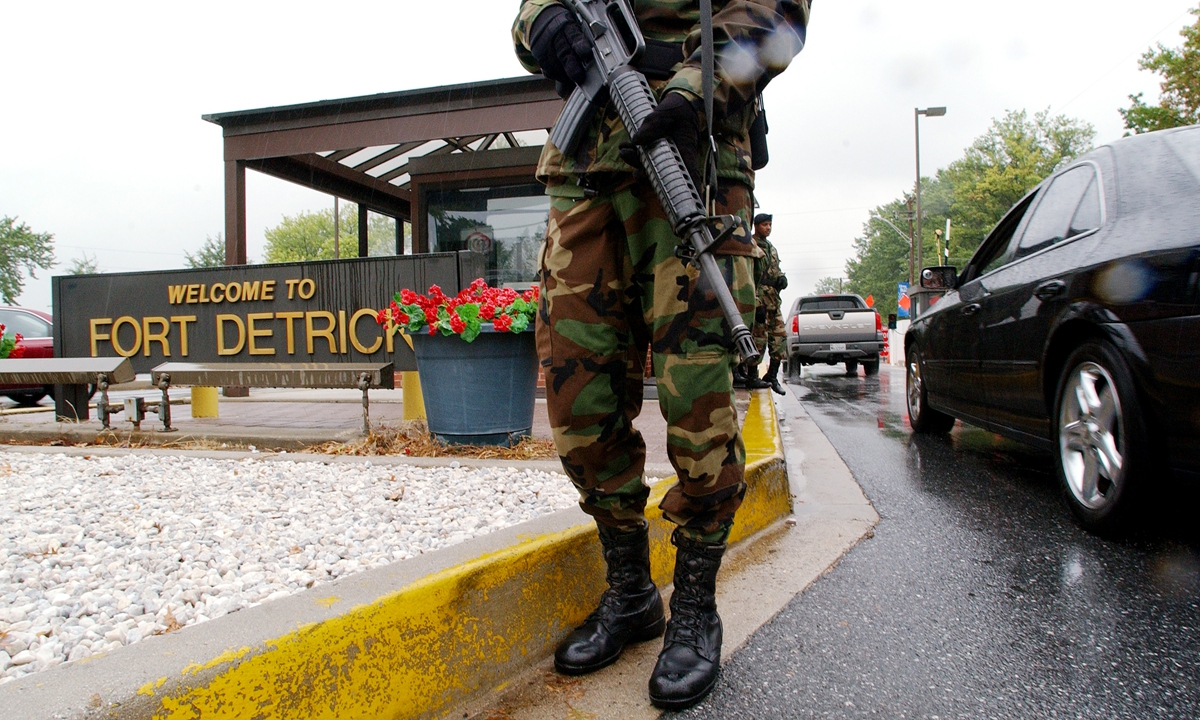 The latest political hyping of the question of the virus origins, led by the US government, recently aroused growing criticism among Chinese scientists. "It's ridiculous to ask intelligence units to do the work that should be done by scientists," Zeng Guang, former Chinese CDC head epidemiologist, told the Global Times.

After US President Joe Biden asked US intelligence agencies to redouble their efforts in investigating the origins of the COVID-19 last week, the UK reportedly said it believes "it's feasible" that the virus leaked from a Chinese lab, according to media reports on Sunday. The lab leak theory has been a conspiracy theory constantly hyped by Western politicians and media outlets since the beginning of the epidemic in order to shift the blame to China for the West's own failures in tackling the epidemic effectively.

Western intelligence speculated there was a remote chance that the virus had leaked from the lab where research was conducted into bat-derived coronaviruses, but there has since been a reassessment, and a lab leak is considered "feasible," some reports said.

No evidence was mentioned when they brought up this new hypothesis, a source close to the WHO origins-tracing work told the Global Times on Monday when asked about the piece of information shared by UK intelligence. He added that these are the UK's conservatives.

It has been quite a challenging moment for scientists around the world as the US-led West has been playing the "origins-tracing" card in pressuring China by mixing this scientific question with politics, adding more obstacles to global efforts in fighting the pandemic, according to experts and officials.

Some scientists are working on a rebuttal to the Science letter from 18 scientists, the source said.

On May 14, 18 researchers published a letter in the magazine arguing that the idea of the coronavirus SARS-CoV-2 leaking from a lab in China must be explored more deeply, calling for a "proper investigation," according to the website of the magazine.

A joint WHO-China report on tracing the origins of COVID-19 dismissed the possibility of the virus being leaked from a lab, as the report said a lab leak was "extremely unlikely," pointing to a possible path of transmission between animals and humans and transmission through frozen food.

The global investigation on the virus origins is the direction that Chinese scientists believe the next stage probe should be. However, a heated debate over the future direction of the WHO's investigation into the origins appeared to head for a showdown in the closing days of the World Health Assembly, which is scheduled to end on Tuesday, according to global health news site Health Policy Watch.

Origins-tracing work concerning different infectious diseases is very difficult, either to trace back the patient zero or the first infected animal. But what's important is to verify different hypotheses to understand the route of the virus' transmission and how to cut it off, Zeng told the Global Times.

"It's much easier to find out whether it was a lab leak compared with tracing animal-human transmission, as there must have been evidence left through lab spillovers - for example, the infected staff members or the contaminated environment," Zeng said.

WHO experts have already made the assessment on all the above-mentioned hypotheses during their visit to the Wuhan Institute of Virology, with no evidence found, "and I think that's the end of the story," he said.

Chinese Foreign Ministry spokesperson Wang Wenbin told a press conference on Monday that origins-tracing work should be led by scientists, rather than intelligence staff, and also needs joint efforts instead of divergences and can't be dictated by certain countries.

"China has invited the WHO experts to conduct the work twice, and other countries are urged to do the same," he said.

Chinese scientists and officials said it's time for the US to welcome the WHO team, like what China has done, to thoroughly investigate its own biolabs and answer a series of questions concerning the early cases and infectious diseases dated to 2019 in the US.

While a letter from 209 House Republicans called for a congressional investigation into the origins of the COVID-19, claiming that there is "mounting evidence the pandemic started in a Chinese lab," Zeng, the preeminent Chinese epidemiologist, said "it's very ridiculous" to make such a proposal.

"Have they learned what's been found last time from the lab during the WHO-China joint team study? Are there any new hypothesis? What do they want to learn this time?" Zeng asked, who further questioned whether the US president really understands science.

The Chinese government has been urging the US repeatedly to follow China's lead to invite the WHO experts to the US, open Fort Detrick and biolabs overseas to the rest of the world, and disclose the detailed data and information on the unexplained outbreaks of respiratory disease in northern Virginia in July 2019 and the EVALI outbreak in Wisconsin.

"Why has the US not followed the lead? I believe that the US government has fears about the possible loopholes in its own labs that would probably lead the experts to find out more systematic problems with its labs," Zeng said.