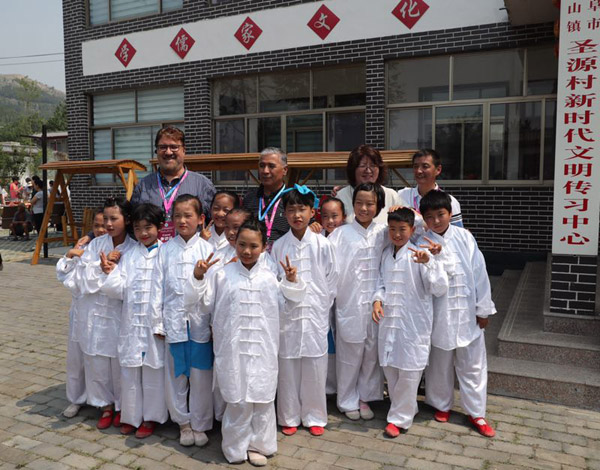 Confucianism belongs not merely to China but to the whole world, said Ainura Temirbekova, deputy minister of culture, information and tourism for the Kyrgyz Republic, while underscoring the significance of protecting and passing on traditional culture worldwide.

Temirbekova made the remarks last Sunday amid a tour to Qufu, the birthplace of Confucius, in Shandong province after attending the just-concluded Shanghai Cooperation Organization Media Summit.

Nearly 40 representatives and media chiefs from SCO countries including Russia, India, Kazakhstan, Uzbekistan, Pakistan and Afghanistan participated in the visit, which served as a platform to deepen understanding of traditional Chinese culture.

"In the context of accelerated globalization and informatization, culture plays a significant role in connecting hearts and minds, also an effective instrument to settle wars or disputes across the world," the minister said in an interview with China Daily.

Every country across the globe ought to follow China's footsteps and beef up the conservation and inheritance of traditional culture, she added.

The minister also attached great importance to media exchanges among SCO countries, pointing out it is the media that transmits news and information, and shines a spotlight on nations' development.

"Whatever the efforts (are) made by the respective governments, it is the media which can talk about those stories, efforts and public negotiations," she said.

As the largest news agency in India, PTI reached a bilateral agreement with China's Xinhua News Agency about ten years ago, according to Tikoo.

"Apart from exchange of news, we also have exchange programs for journalists with Xinhua as well as the publicity department of the Chinese government," she said.

Along with media relationships, some of the delegation hoped the cooperative areas their countries have with China could be expanded in the future.

Uzbekistan aspires to advance collaboration and exchanges with China in the fields of economy, trade and culture as well as media, said Sobir Shukurov, deputy head of the Press and Information Agency of Uzbekistan. He also hoped the two countries further cooperation on tourism through visa facilitation.

"In my country there is a sage similar to Confucius, and in his hometown, an annual exchange program for teachers takes place nationwide," Temirbekova said, suggesting a seminar for teachers from Kyrgyzstan and China be launched to boost cultural and educational communication between the two countries.

Proposed by Chinese president Xi Jinping last June at the SCO Astana summit in Kazakhstan, the first SCO Media Summit took place in Beijing on June 1, with the theme "upholding Shanghai Spirit for a new era of media cooperation".