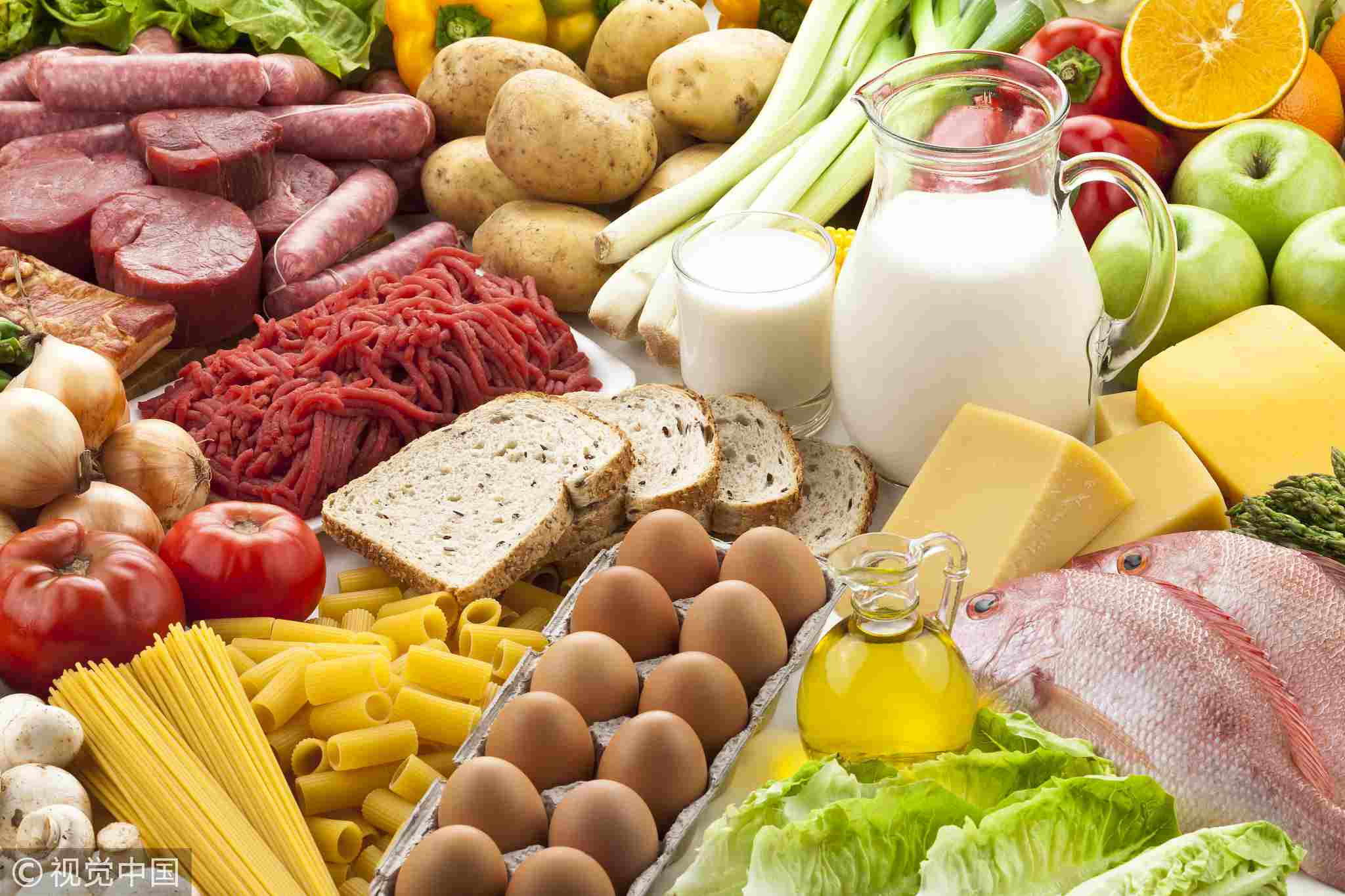 The foods made with alginate including milk, yogurt, sausages, canned meat and more. (Photo: VCG)

What do beer, sausages, ice cream, facial masks, and toothpaste have in common? To the undiscerning eye, they're the bare essentials for any pajama party. But for those familiar with the "blue economy" of Qingdao, the link is crystal clear: seaweed.

In the coastal Chinese city, facing the Yellow Sea, aquaculture is a flourishing industry – and seaweed is the catch of the day, every day. But beyond a small circle of chefs, botanists, and chemists, few are interested in the plant whose all-too-familiar pungent "rotten egg" smell puts beachgoers and swimmers off, and even fewer are aware of its economic significance.

China's appetite for the "grass of the sea" dates as far back as the sixth century, and as a rich source of calcium, iodine, iron and vitamins A, C, B and E, seaweeds have cemented their place as an invaluable ingredient in kitchens and food factories.

Estimates by market research firm Global Market Insights put the per capita consumption of seaweed in China at up to 2.5 kilograms annually – one of the highest in the world.

The acquired taste for the aquatic plant has placed China at the heart of a multi-billion-dollar industry, whose growth was boosted thanks to a burgeoning global demand as more health-conscious people introduce algae to their diets. 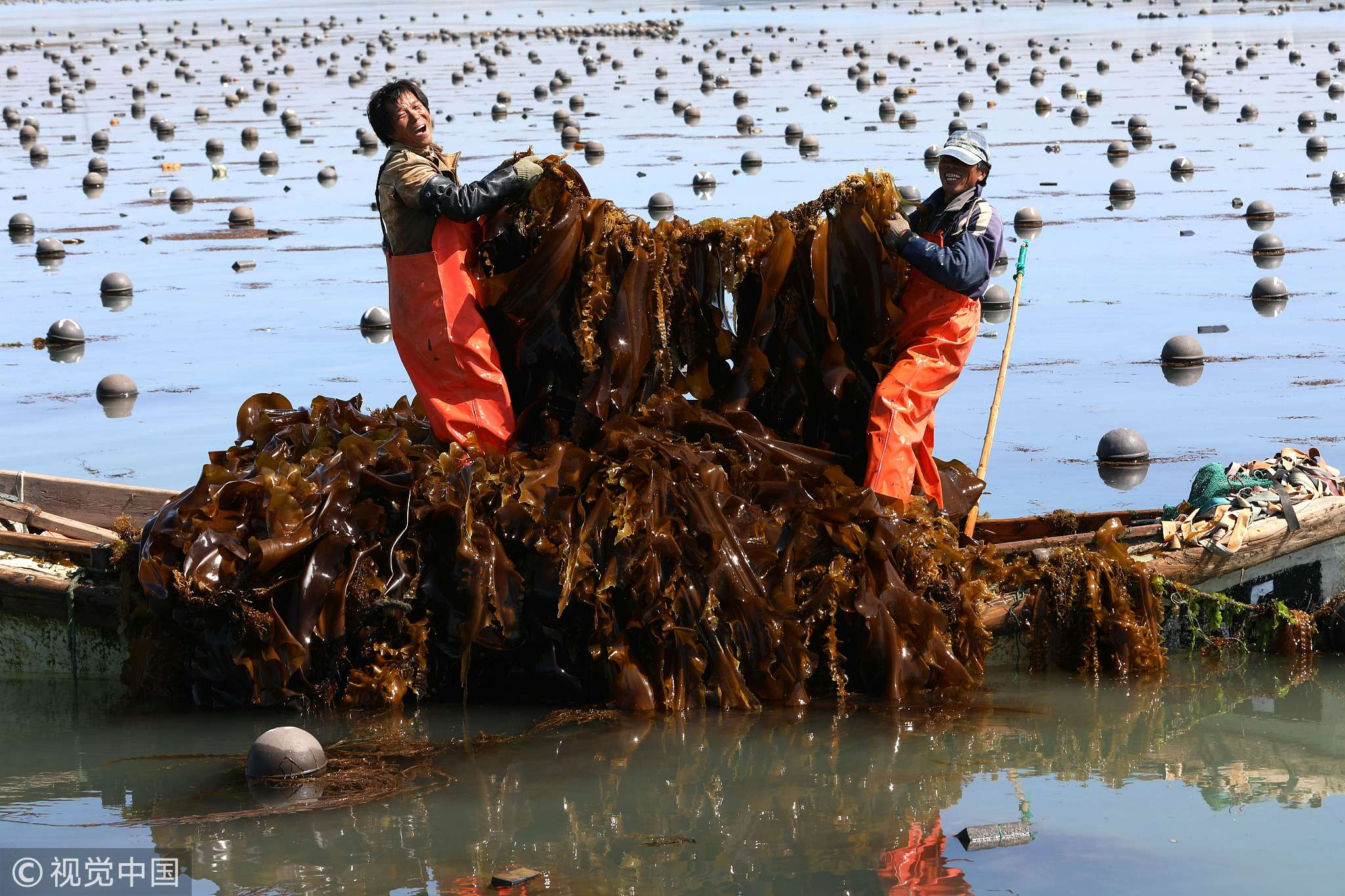 Global seaweed production more than doubled between the 2000-2014 period to reach a total of 27.31 million tons (in wet weight), according to the Food and Agriculture Organization (FAO). China is the world's largest algae producer, accounting for nearly 58 percent of the global output, and tops the list of the biggest seaweed import markets.

But seaweed is more than a nutritious addition to tofu soup, a crunchy salad topping and an indispensable ingredient for sushi. Its active substances have also caught the attention of a sprawling range of industrial sectors – from papermaking and textiles to cosmetics and pharmaceuticals.

"When we talk about seaweed, we always think of kelp, wakame or nori. But actually, seaweed appears everywhere," Jiang Jinju, a researcher at China’s State Key Laboratory of Bioactive Seaweed Substances, told CGTN.

Jiang's work centers on exploring the different ways algae can be exploited in the food industry and beyond.

"The reason seaweed has such a wide range of applications in the food industry is because of sodium alginate," the researcher noted.

The industrial importance of seaweed comes from its biological structure.

The long chains of polysaccharides (molecules consisting of a number of sugar units) in the cell walls of seaweeds not only allow the plant to adapt to the movements of water in its habitat but also make it industrially interesting.

Alginate is one of the derivatives of these polysaccharides, also known as hydrocolloids, and possesses viscous properties, which makes it ideal as a thickening agent.

"This feature is especially useful in yogurt, beer and other beverages," pointed Jiang.

Under other physiological conditions, alginate can also form gels, making it handy in the making of sausages, canned meat, and jelly, as well as a useful component in edible packaging and food coating processes.

The laboratory where Jiang probes commercial prospects of algae belongs to Bright Moon Seaweed Group, the largest manufacturer of alginates in the world, with an annual output of 16,000 metric tons, accounting for 30 percent of global production. 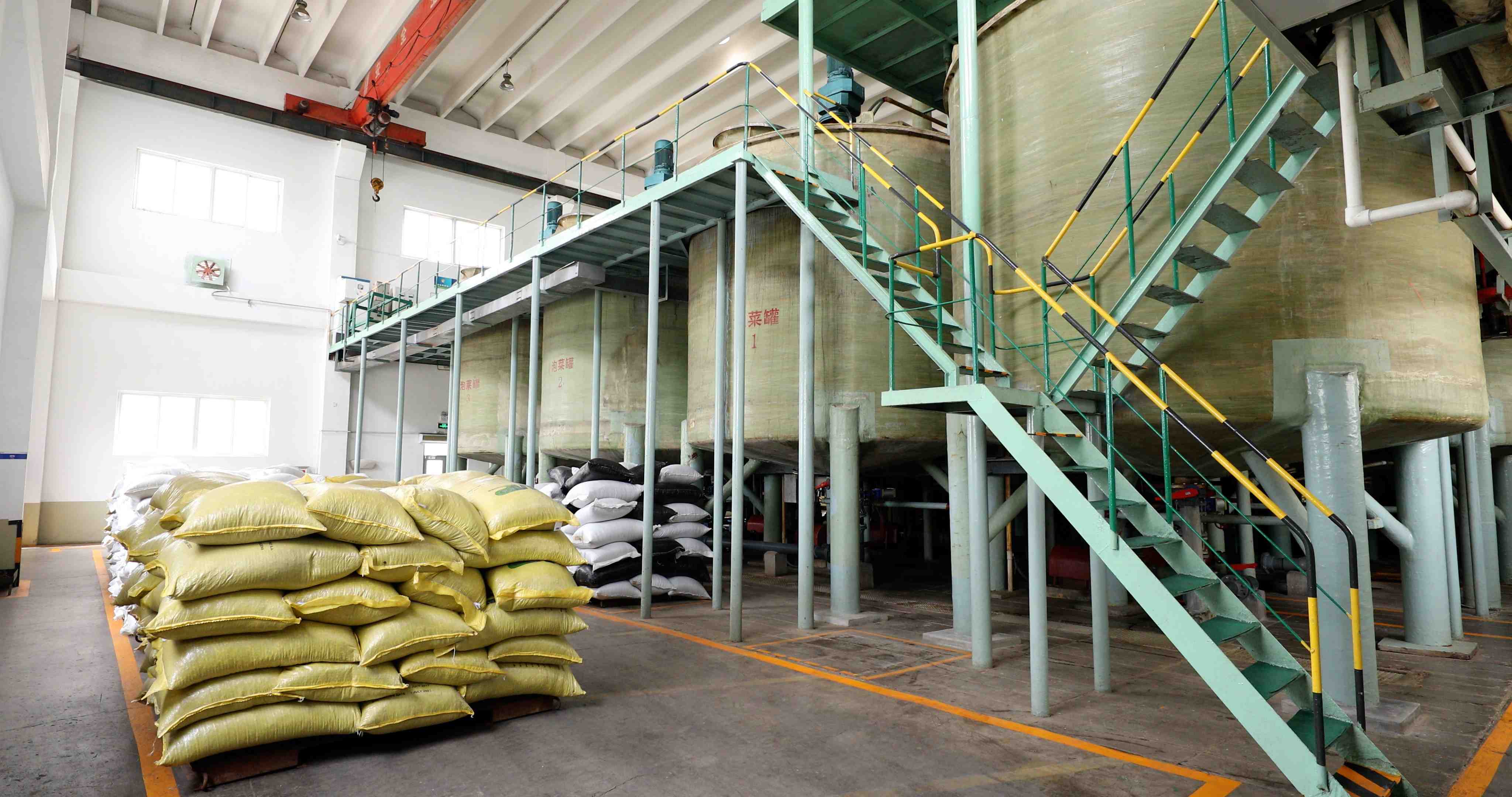 The Qingdao-based company is contributing to the thriving hydrocolloid segment of the seaweed processing industry, which in 2013 was worth 1.2 billion US dollars, according to the World Bank Group, driven by a widening scope of commercial utility of seaweed extracts.

These derivatives are ideal biomaterials in masks, moisturizers, and make-ups; textile dyes; paper products; animal feed and pet food. They can be included in fabrics for eco-friendly sustainable clothing; and used as fertilizers to enhance the resistance of crops to fungi and insects.

The same advantageous properties that make seaweed extracts an asset in soap and sauce making allow them to be of great use in the pharmaceutical field.

Seaweed compresses "can rapidly stop the bleeding, and won't cause damage when changing the wound dressing," Jiang stressed.

The versatility of seaweed and its contribution to a raft of industries are expected to continue driving demand.

The global commercial market of processed algae stood at 10.31 billion US dollars in 2015, according to Grand View Research. The San Francisco-based business consulting firm predicts a compound annual growth rate of 8.9 percent from 2016 to 2024 when the market value would reach 22.13 billion US dollars.

China, whose long-lasting taste for seaweed nurtured an advanced scientific expertise in its cultivation and industrialization, has been riding the wave of positive outlook of the algae industry.

The State Council approved in 2011 a development plan in the eastern province of Shandong with the aim of tapping into the area's bountiful sea resources. The "blue economic zone" was a lifeline for marine industries, and seaweed became a buoy to the local economy.

For Qingdao, one of the most important central city of Shandong Province and a city with a meandering coastline spanning 800 km, the blueprint presented an ocean of opportunities. 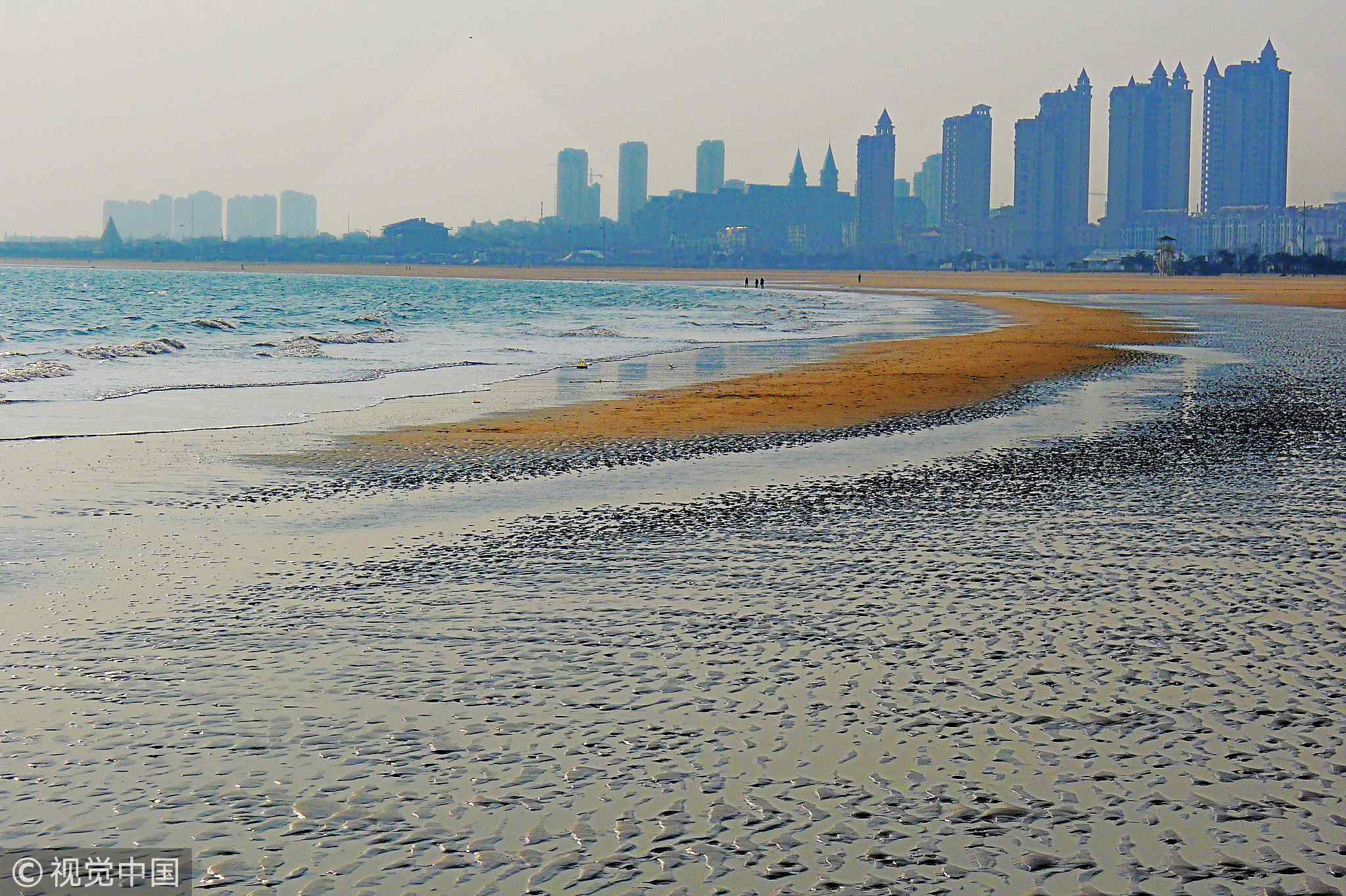 Local authorities invested in a series of projects to build on the city's historical strengths in shipbuilding, marine equipment manufacturing, and fisheries, and improve its marine chemical industry, ocean transportation, and seaweed processing sectors.

Efforts to modernize the city's industrial chain and billions of yuan invested in hundreds of projects and key enterprises seem to have paid off.

Oceanic industries accounted for over a quarter of Qingdao's GDP in 2016 – the year the city joined the elite "trillion-yuan club," up over 220 percent from 2012, when the marine economy generated some 110 billion yuan.

China, already the main exporter of refined hydrocolloids in the world, is projected to continue leading production activities of alginates through 2024, along with India, and power demand for seaweed production, according to Global Market Insights.

The humble seaweed has gone from being a staple on dining tables to a mainstay of Qingdao’s economy, working its way up from the bottom of the sea to the top of the industrial value chain.