The recent revelation that Kong Tsung-gan, a supposed Hong Kong native who has been active in the special administrative region's separatist riots for years and has frequently been quoted by Western media, is possibly an American named Brian Kern, has caused shock and anger in Hong Kong society. 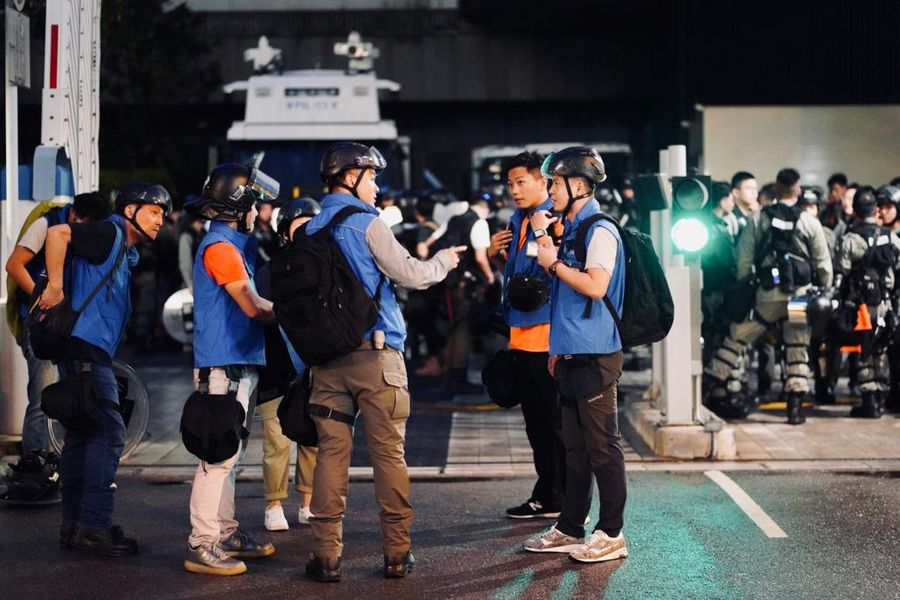 Such misdeeds will be punishable by China's national security law for Hong Kong, experts say.

Kong, a self-styled spokesperson of the Hong Kong "umbrella movement," had garnered more than 32,000 followers on Twitter by the time independent news website The Grayzone published a story earlier this month with audio clips reporting the voices of Kong and Kern sounded exactly the same.

The finding immediately drew public attention in Hong Kong, with many locals who felt deceived by Kern's fake identity saying they were disgusted with this white man finger-pointing about Hong Kong affairs while pretending to be a native.

"How ridiculous that the so-called 'native, grass-roots anti-China fighter' is no more than a fictitious cover of a foreigner," wrote a Hong Kong-based Twitter user, calling for a further investigation into Kong and his remarks.

Kong later admitted that "Kong Tsung-gan" is actually a pen name he uses. He said in a blog post on August 16 that he has "never asserted" he was "ethnically Chinese." These statements were basically the equivalent of Kong admitting his fake identity, said some observers.

Investigative journalist Max Blumenthal, author of The Grayzone story, told the Global Times that Kern was "definitely modeling himself as a freedom writer who posed as a dissident." Kern was found to be active in Hong Kong's riots last year, often egging on police to provoke them before Western reporters taking photos of "police brutality."

With the name "Kong Tsung-gan," Kern "was the perfect person for [Western media] to cite from his background in the 'human rights industry,'" said Blumenthal. As he reported, Kern worked in Amnesty International in London in 2007 and started teaching at the Chinese International School in Hong Kong in 2008, where he built a "human rights club."

Several Western media outlets including The Washington Post and The New York Times have quoted "Kong Tsung-gan" throughout the years with various titles like "author" and "Hong Kong writer and activist."

Kong also regularly writes articles and books in which he keeps slamming China on Hong Kong-related affairs. The latest book to be published under the Kong Tsung-gan name, Liberate Hong Kong: Stories From the Freedom Struggle, was praised by former Hong Kong colonial governor Chris Patten, one of the UK's leading voices advancing Western intervention in China.

"Kong" seems to be a way for foreign forces to carry out their conspiracy of a deep subversion in China's Hong Kong Special Administrative Region (HKSAR), said Chinese observers. "By registering fake accounts on social media, they incite and sow discord among local citizens through slandering the government in the name of Hong Kong natives," said Tian Feilong, a Hong Kong affairs expert at Beihang University in Beijing.

Kong would be punished by the national security law for Hong Kong if he was proved to be Kern or other member of the foreign forces, Tian said. Its Article 38 regulates that the law shall apply to offences committed against the HKSAR by a person who is not a permanent resident, he noted.

Kong said he had left Hong Kong earlier this year. He may nonetheless hardly escape from the arms of Chinese and international laws once he comes back to the region, or enters any country with mutual legal assistance in criminal matters with China, Tian told the Global Times.