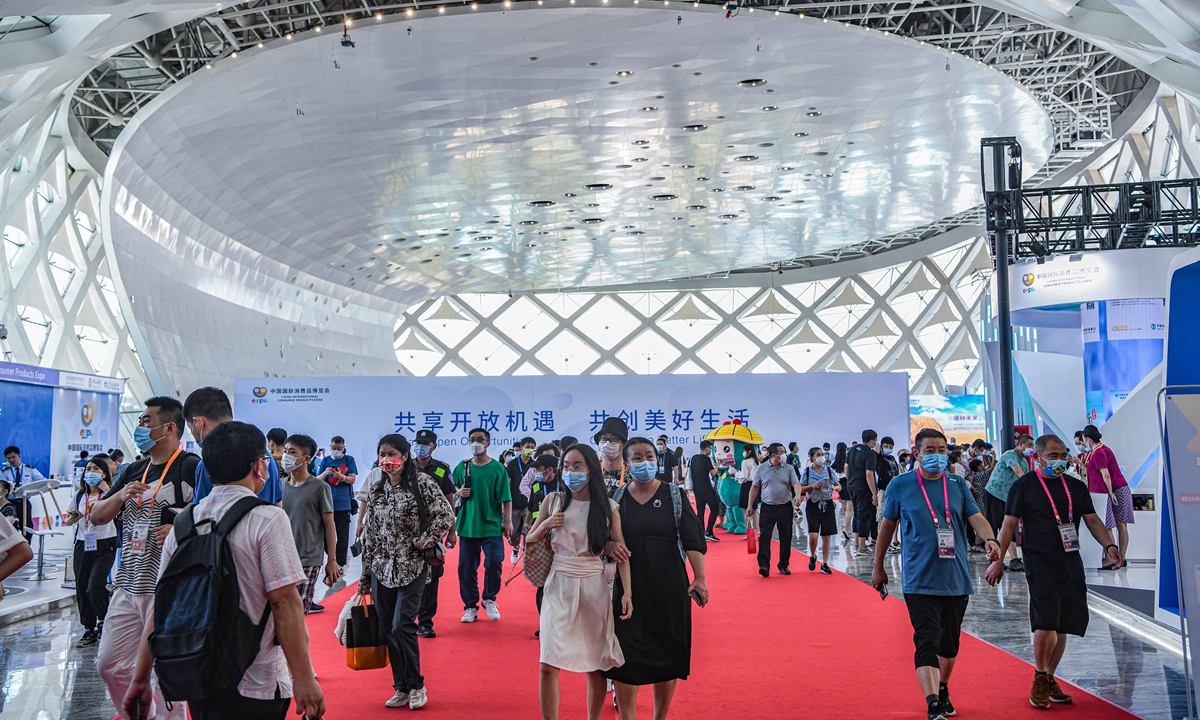 More than 280,000 visitors and 2,800-plus brands of 1,955 firms from 61 countries and regions participated in this year's expo, Huang Cui, chief representative of the Beijing Office for the Hainan Provincial Bureau of International Economic Development, revealed during a press conference at the conclusion of the CICPE.

More specifically, 1,643 brands of 1,107 firms took the CICPE stage at the international exhibition area, while 1,200 brands of 848 companies made appearance at the domestic exhibition space.

Over 40,000 buyers and professional visitors attended the event, an increase of 10,000 from last year's expo.

By comparison, 2,628 brands of 1,505 firms from home and abroad attended the 2021 expo, the first-ever hosted by China focusing on premium consumer goods at the national level. Last year's event attracted more than 240,000 visitors.

During this year's CICPE, 177 launch events were held, with 622 new products released, according to Huang.

A slew of matchmaking activities were also hosted. While the final dealing numbers are still being collected, early data shows this year's expo would far outnumber last year's in terms of matchmaking deals, she told reporters.

Over 100 intention cooperation deals were reached at this year's consumer expo, the event organizer disclosed, without elaborating.

The CICPE, alongside the Canton Fair, the China International Fair for Trade in Services, and the China International Import Expo, has formed a national-level "exhibition matrix" for China to take the initiative to share development opportunities with the world, the expo organizer said in a statement sent to the Global Times on Saturday.

The first batch of firms and organizations totaling 31 from the fashion, travel and life services, health products and jewelry sectors, including Coach parent Tapestry and the Korea Trade-Investment Promotion Agency, on Saturday signed up for the third CICPE.

"This hugely ambitious event offers an important opportunity for international exhibitors and visitors to gain a deeper understanding of Hainan's Free Trade Port policy," according to a white paper on Hainan travel retail market jointly released by KPMG and The Moodie Davitt Report during the consumer expo.

Simultaneously, the expo "will create many business opportunities for Chinese and international companies, positively impacting the province's duty-free industry," read the white paper.

Over the next five years, the island province is on course to become the world's top-duty free market, per estimates by The Moodie Davitt Report, a London-based business intelligence service.

In a fresh sign, offshore duty-free shops in Hainan recorded daily sales of upwards of 200 million yuan during the CICPE on Wednesday and Thursday, the Hainan Daily reported on Saturday, citing statistics from the provincial commerce department.

On Thursday alone, 10 offshore duty-free shops in the island province tallied sales of more than 212 million yuan, a surge of 48 percent from the year before, the report said.