Zhang Koukou, who was sentenced to death for killing three neighbors in revenge for his mother’s death, stood at Shaanxi Provincial High People’s Court on Thursday for a second trial after his appeal. 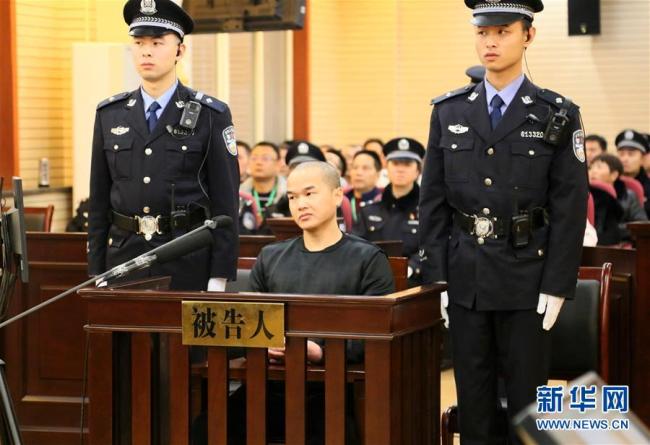 Zhang, 36, was given the death penalty for the crimes of intentional homicide and property destruction on Jan 8 at the province’s Hanzhong Intermediate People’s Court.

After the judgment was announced, Zhang appealed to the high people’s court.

Before the second trial, two applications — a test of mental illness for Zhang and an invitation for three experts on mental illness to attend the hearing — from Zhang’s family were rejected by the court.

The case aroused public attention after it was reported in the media Zhang did the killing in revenge for the death of his mother, who had been seriously injured with a stick by Wang Zhengjun, the third son of Wang, during a quarrel in August 1996. His mother died due to the injury.

Wang Zhengjun, then 17, was sentenced to seven years in prison for intentional injury and ordered to pay more than 9,600 yuan ($1,510) in compensation four months later.

At the first trial in January, Zhang confessed he never gave up the idea of getting revenge for the attack on his mother over the past two decades.

On Feb 15, 2018, he followed Wang Zhengjun and Wang Xiaojun as they made their way home and stabbed them several times. Then Zhang went into Wang’s home and killed Wang Zixin, the father, and set fire to Wang Xiaojun’s car with gasoline.