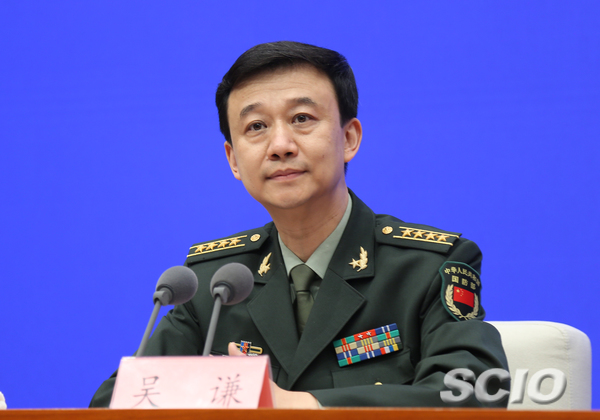 "China will never allow any part of its territory to be separated," said Wu Qian, spokesperson for the Ministry of National Defense, at a press conference as a white paper on China's national defense in the new era was released.

Taiwan was mentioned multiple times in the white paper, showing that the Taiwan question concerns China's core interests and is of critical importance, Wu said.

He said China is willing to strive for peaceful reunification with utmost sincerity and greatest efforts, but if anyone dares to split Taiwan from China, the Chinese military will not refrain from taking up arms to resolutely safeguard national sovereignty and territorial integrity.

China will never allow any form of separatist acts by any individual, organization, political party at any time, Wu stressed.