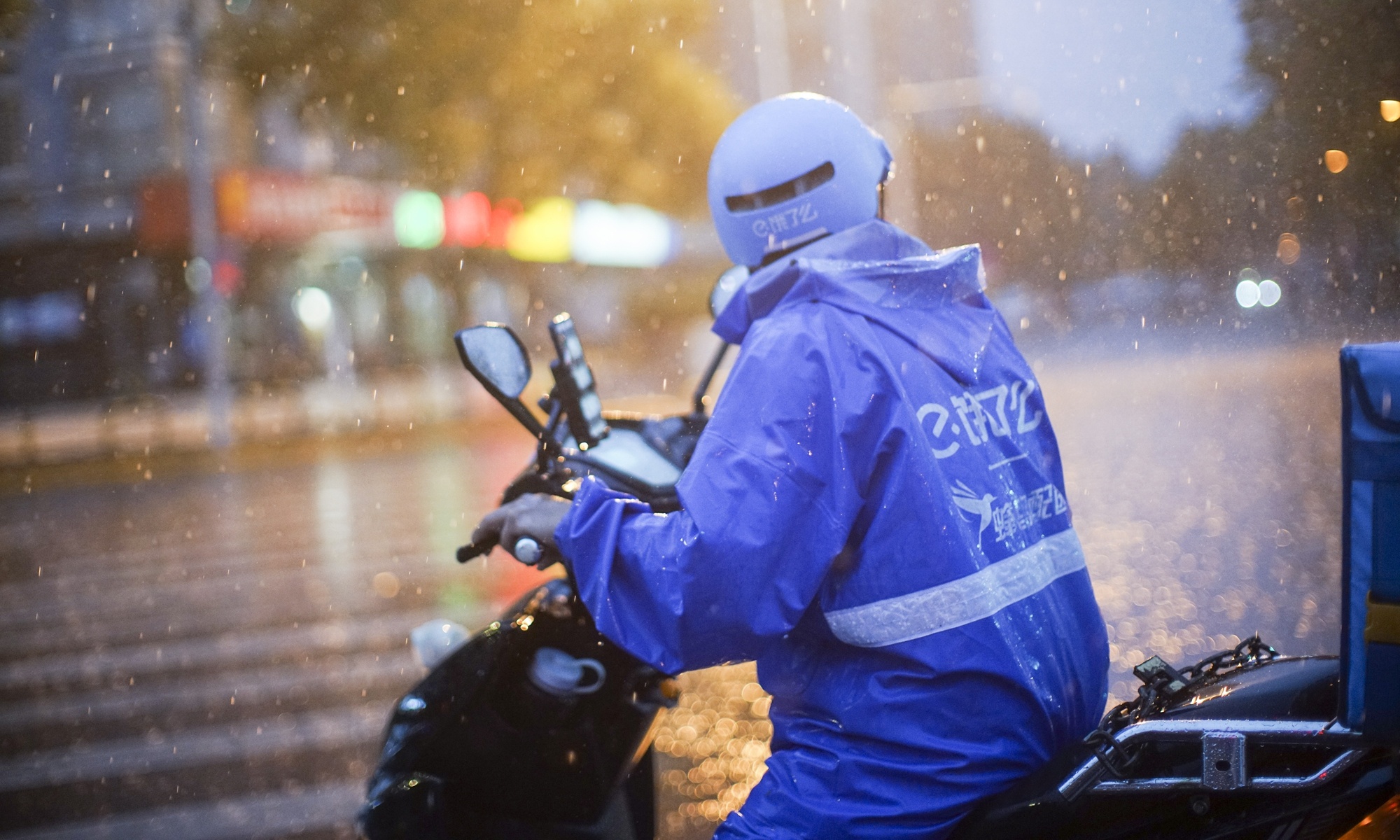 Online food delivery firm Ele.me said on Sunday that it will pay medical expenses and investigate relevant parties concerning the January 11 self-immolation of a delivery rider surnamed Liu, who set himself on fire in hopes of getting his alleged overdue wages.

Analysts urged that relevant mechanisms and insurance should be strengthened to prevent similar tragedies.

Liu Jin, a deliveryman of Ele.me, set himself on fire with gasoline in front of a delivery site in Taizhou, East China's Jiangsu Province, on January 11 as he sought to claim wages owed to him. A video circulating online shows that after Liu set himself on fire, people around him rushed to put out the flames. Liu was then taken to a local hospital.

Ele.me said on Sunday that it is deeply saddened by the case and will do its utmost in the follow-up work. The company said it has paid for all Liu's medical expenses so far.

Media reports said Liu's injuries are so severe that he has already undergone major surgeries and will require multiple subsequent operations, which are expected to cost at least 1 million yuan ($154,302). Even if Liu is able to recover from his burns, he will not be able to return to work.

An official from the information office of Hailing district, where the act took place, told the Global Times on Friday that the delivery service fees being disputed came to about 4,000 yuan ($620).

Nearly 20,000 netizens donated 500,000 yuan in one day for Liu's medical expenses on a fundraising platform.

Liu's case is slightly different from other labor disputes. The official statement shows that Liu did not sign a labor contract with Ele.me, but registered a studio through an online platform, and then by signing a "project subcontracting agreement" with other companies to work for Ele.me. However, Ele.me is responsible for paying his salary.

Industry sources point out that this is a frequent employment method for food delivery platforms these days. This helps them avoid legal risks when labor disputes arise, but makes it more difficult for workers to defend their rights.

Some legal experts said that in Liu's case, nonetheless, had he chosen to pursue labor arbitration he would have definitely been able to get his wages and compensation from the company, as China's Labor Law clearly regulates legal protection of workers' rights. But Liu chose to go to the extreme, which was most likely because his mother was hospitalized and his income was badly needed to pay her medical bills, the Beijing Youth Daily reported.

Online delivery platforms - including Ele.me and a similar service platform Meituan - have been under fire in recent years after frequent traffic accidents involving riders. Late in 2020, the exploitation of deliverymen by the platform sparked widespread online discussion.

Previous media reports pointed out that deliverymen work on a very tight schedule, and taking time out could lead to significant wage deductions, which has triggered protests. Its solution was to urge users to tell deliverymen that they are willing to "wait another five minutes."

"Ele.me is actually asking consumers to take responsibilities that fall to the delivery platform," a Beijing-based independent analyst who wished to be called Zhang, told the Global Times.

"It is capital that squeezes riders and creates safety hazards. This is a systemic problem of the online platforms," Zhang added.

Aside from stronger regulations and supervision, observers said that companies in labor-intensive industries should provide better labor contract protection and more psychological support for employees, who are not particularly strong in defending their own interests.

"With the development of the platform economy, outsourcing and crowdsourcing have become important parts of the new business models. Since platforms often resort to evasive methods, under which platforms and riders have no direct labor relationships, legal disputes often ensue," Wang Zhangming, a senior human resources service analyst, told the Global Times on Sunday.

According to Wang, establishing a mechanism to take care of riders is necessary to make the business model of the platform economy sustainable. Wang suggested that platforms offer commercial insurance to employees, which would also protect their own brands and support the continuity of the business model.