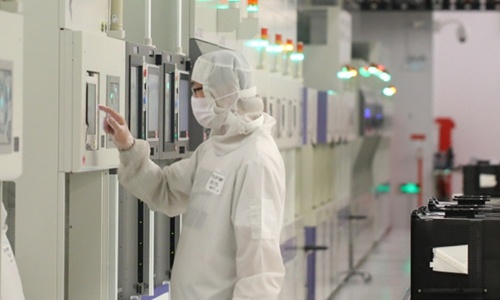 Chinese semiconductor manufacturer NATIONSTAR singed an agreement with Baotou Rare Earth R&D Center under Chinese Academy of Sciences to co-build a joint laboratory, to explore the key technique in semiconductor area, according to the report of stcn.com on Thursday.

China released a draft rare-earth management rule in January aiming at standardizing the industry in line with long-term development and market demand, in response to speculation that China is likely to impose restrictions on rare-earth exports to the US.

In February, MIIT also raised the first batch of rare-earth mining this year to 84,000 tons, from the 66,000 tons in 2020. Analysts believed that it will further consolidate China's leading position in the global supply of rare earths and reduce the dependence on imports.

According to the report, the joint laboratory will combine the semiconductor and photovoltaics techniques of NATIONSTAR and abundant rare-earth resources in Baotou to conduct research across related areas.