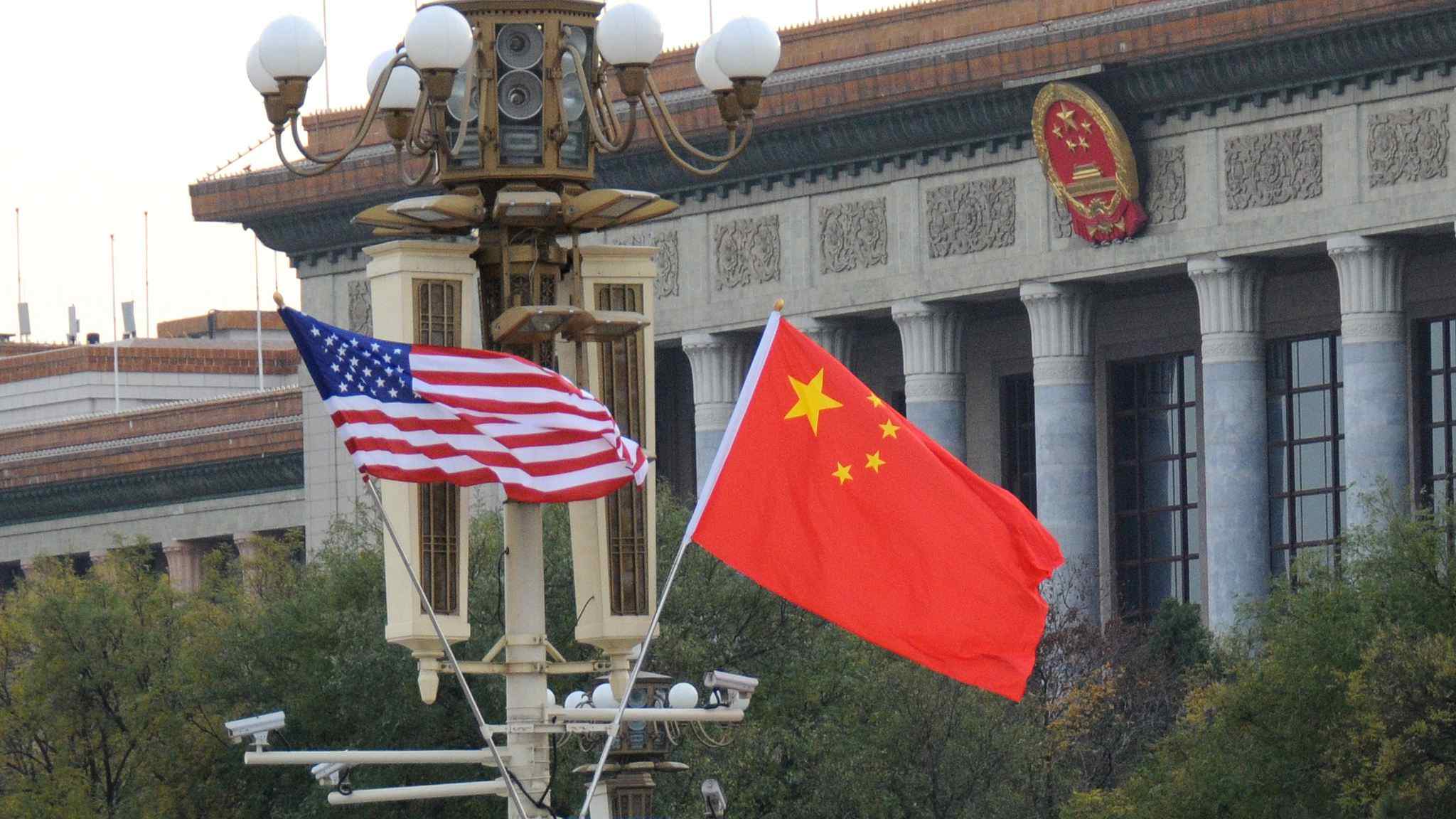 BEIJING, June 11 (Xinhua) -- Yang Jiechi, a member of the Political Bureau of the Communist Party of China (CPC) Central Committee and director of the Office of the Foreign Affairs Commission of the CPC Central Committee, on Friday held a phone conversation with U.S. Secretary of State Antony Blinken at the latter's request.

Noting that dialogue and cooperation should be the mainstay of China-U.S. relations, Yang said cooperation must be mutually beneficial and address each other's concerns in a balanced manner.

The Chinese side is committed to working with the United States to achieve a relationship of non-conflict, non-confrontation, mutual respect and win-win cooperation, and will staunchly safeguard its sovereignty, security and development interests at the same time, Yang said.

China urges the U.S. side to follow the spirit of the telephone conversation between the two heads of state on Feb. 11, and to jointly bring bilateral relations back to the right track of development, Yang added.

The Taiwan question concerns China's sovereignty and territorial integrity, and involves China's core interests, said Yang, adding that there is only one China in the world and Taiwan is an inseparable part of China.

Yang said that the Chinese side firmly defends its national sovereignty and territorial integrity.

China urges the United States to adhere to the one-China principle, honor its promise and cherish its credibility, handle issues related to Taiwan in a prudent and proper manner, and take concrete actions to maintain the overall situation of China-U.S. ties as well as peace and stability across the Taiwan Strait, Yang said.

Yang pointed out that recent signs indicate that some anti-China forces are trying to stir up one after another sinister waves to smear China under the excuse of the so-called Xinjiang and Hong Kong-related issues, and they are doomed to failure.

Noting that the issues related to Xinjiang and Hong Kong concern China's sovereignty and territorial integrity, and involve China's core interests, Yang urged the U.S. side to respect China's sovereignty and territorial integrity, not to interfere in China's internal affairs under any pretext, and not to damage China's core interests in any way.

The issues related to Xinjiang are not so-called human rights or religion issues, Yang stressed.

Seeing violent and terrorist incidents on the rise in Xinjiang, the Chinese government took resolute actions to safeguard public safety, Yang said, adding that the Chinese moves are totally justified.

The U.S. side has fabricated various lies about Xinjiang in an attempt to sabotage the stability and unity in Xinjiang, which confuse right and wrong and are extremely absurd. China is firmly opposed to such actions, Yang said.

The aim of improving the electoral system of the Hong Kong Special Administrative Region (HKSAR) is to safeguard the constitutional order of the HKSAR as defined in the Constitution of the People's Republic of China and the Basic Law of the HKSAR, and ensure that "Hong Kong people administering Hong Kong" with patriots as the mainstay, he said.

It is a common practice in the world to make strict requirements on the patriotic stance and political qualifications of those who govern, Yang said, adding that those clamoring for "Hong Kong independence" are not eligible to participate in the administration of Hong Kong and must be punished by the national security law in Hong Kong.

He said that there is only one set of rules: the basic norms of international relations based on the purposes and principles of the UN Charter, not the so-called rules formulated by a small number of countries.

Peace and development, fairness and justice, democracy and freedom are the common values of all humankind, said Yang.

Respect for sovereignty is a prerequisite for the realization of human rights, which is a principle affirmed by the UN Charter and the Universal Declaration of Human Rights, Yang said.

The U.S. side should fix the serious human rights violations on its own territory, instead of wilfully interfering in the internal affairs of other countries under the pretext of so-called human rights, said Yang.

Yang pointed out that China has actively participated in and supported international anti-epidemic cooperation, and firmly opposes any despicable acts that use the epidemic as an excuse to slander China and to shift blames.

Some people in the United States have fabricated and peddled absurd stories claiming Wuhan lab leak, which China is gravely concerned about, he said.

He noted that China is about to celebrate the centenary of the CPC, saying that the Chinese people have made great achievements under the strong leadership of the CPC, and will be more closely united and work harder, unswervingly follow the path of socialism with Chinese characteristics, build a more prosperous country and realize the great rejuvenation of the Chinese nation.

For his part, Blinken said the recent series of contacts between the United States and China is beneficial to bilateral relations, and the U.S. side looks forward to increasing contacts and exchanges with China at all levels.

The United States adheres to the one-China policy and abides by the three Sino-U.S. joint communiques, Blinken said, adding that the United States hopes to maintain communication and coordination with China on important international and regional issues.

The two sides also exchanged views on other issues of common concern.