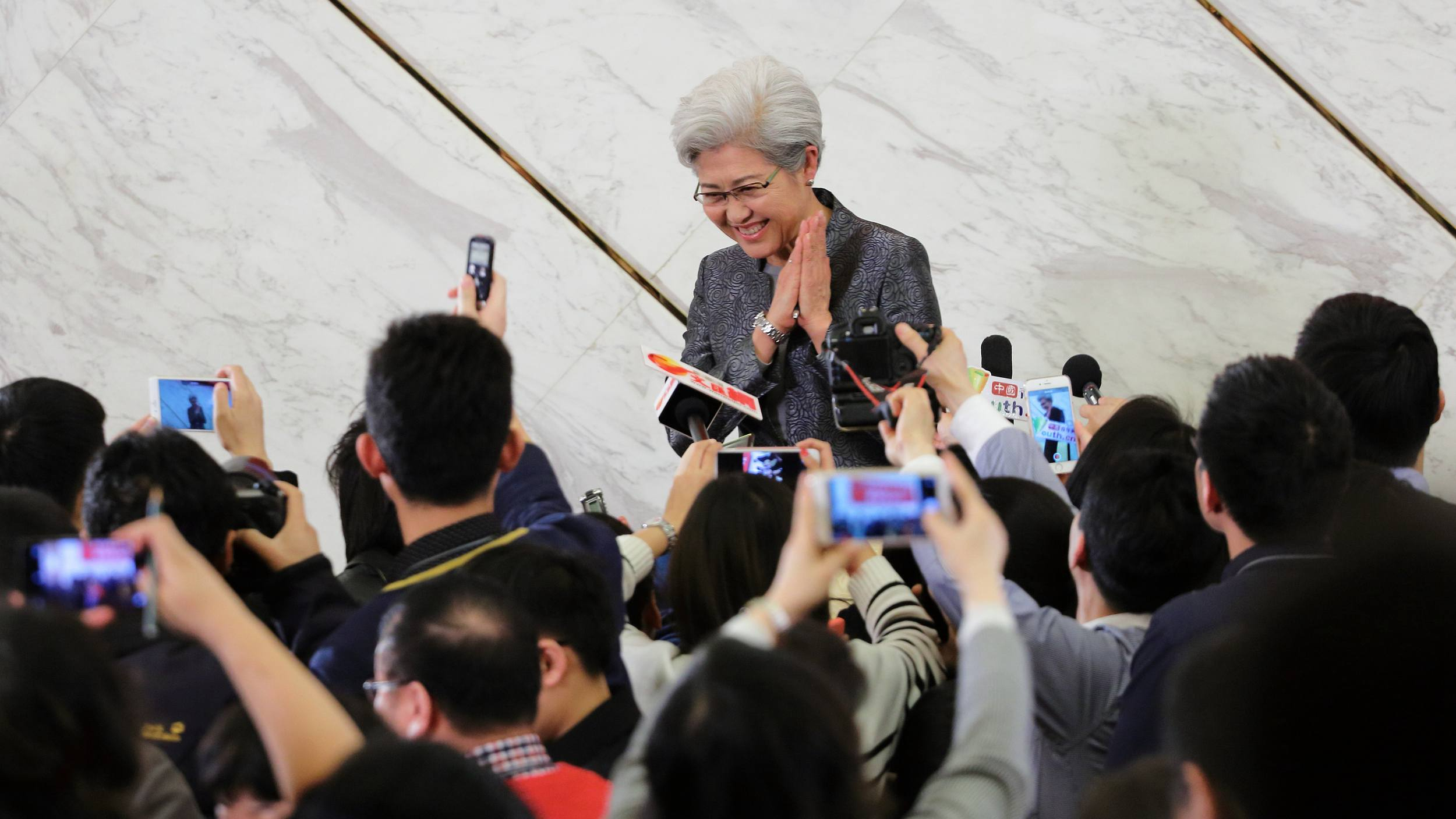 One of the moments of tension that the former Chinese deputy foreign minister Fu Ying re-visits in her new book emerged during the 2016 Munich Security Conference, an international platform held annually in Germany, when she was “cornered” by the moderator with the question if China had “lost control” over the Democratic People's Republic of Korea(DPRK).

“The question itself had completely mistaken China's relations with the DPRK and the nature of China's foreign policy”, Fu writes in the book, laying bare her train of thought at the moment. “By answering either ‘yes or no' I would have confirmed a false presupposition that clearly violates the United Nations' principle of all countries being equal.”

Fu later replied that the notion of losing control over a country was a “very westernizing idea” and China didn't think this way nor it wanted to control any country.

Many more stories of the same nature on both domestic as well as international affairs fill Fu's new book, “Face to Face With You: The Stories behind Press Conferences”. With them the Chinese senior diplomat sets about a vivid account of the increasing awareness among Chinese officials of the significance of government communication in defending public and national interests.

China's central government has long been warning its officials of various levels about the danger of “losing contact with its people”, mandating regular press conferences by government departments to keep the public informed. Fu, once the spokesperson for China's top legislature body, for years had been standing on the frontline of communicating between the authority and the public about the most sensitive issues.

For Fu, now the deputy chairperson of China's National People's Congress Foreign Affairs Committee, government communication never stops at the state's border, as evidenced by the example above. But she also admitted that the challenge remains for China to make its voice heard where it's often drowned by hostile biases.

The world's hunger for insights into a fast-growing China has raised the question of how China can cater for the demands with accurate, bias-free information, Fu observed when addressing a houseful of students in Peking University on Thursday during the launch of her book.

“Whether your audiences accept what you say is the ultimate judge if the communication is efficient”, the former deputy FM said.

The damage this issue can cause should not be underestimated. In her opinion, the overlook to provide solid alternatives to some long-held prejudices that are still popular in the west has manifested itself most recently in the ongoing trade quarrel between China and the US.

“It's not hard to spot conjectures in some of the American officials' remarks as well as media reports (on China-US trade)”, Fu said, adding that “It's more urgent for more Chinese voice and ideas to be heard by American people now that China-US relationships are experiencing hardship.”

As a long-serving diplomat, Fu is also one of the most communicative Chinese officials whose English commentaries appear regularly on international media.

One of the latest of her writings is published on the American news agency Bloomberg on September 11, where she said while the changes in the US-China relations may help to push China's own desired reforms, the world's second largest economy will not give in to the pressure exerted from the threat of trade tariffs.

“But make no mistake: The Chinese people will stand firm against US bullying over trade. There is talk about China's economy “sliding down” as a result of the trade war. Some expect China to succumb soon. I can tell you that this is wishful thinking”, Fu wrote in the Bloomberg article.