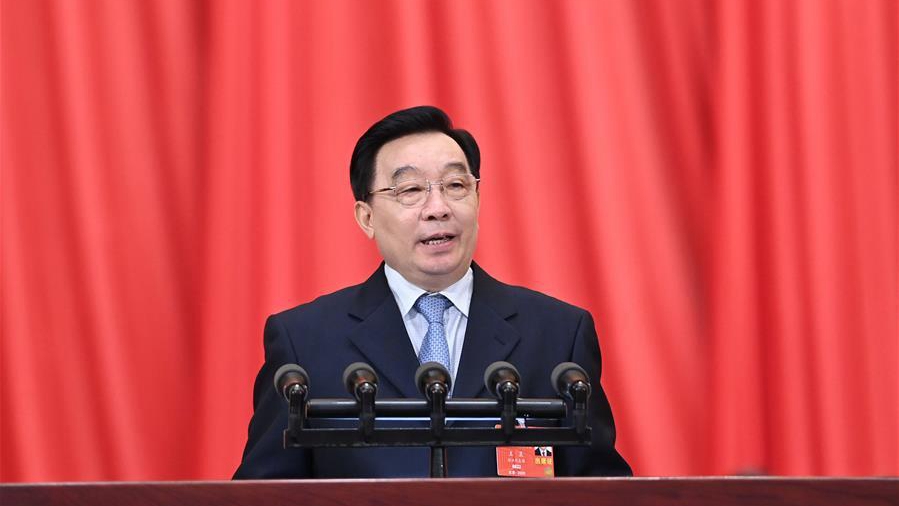 Wang Chen, a member of the Political Bureau of the Communist Party of China Central Committee and vice chairman of the National People's Congress (NPC) Standing Committee, made the remarks when addressing the First Global Parliamentary Summit on Counter-Terrorism via video link.

He put forward four suggestions: upholding solidarity and cooperation and strengthening multilateralism in counter-terrorism; upholding fairness and justice and rejecting double standard in fighting terrorism; persisting in reform and innovation and responding to new challenges in a coordinated manner; and tackling root causes and promoting balanced and inclusive development.

Wang stressed that China, like many other countries, is a victim of extremism. Terrorist forces have planned and carried out thousands of terrorist incidents in Xinjiang, causing thousands of casualties. China has taken active measures to combat terrorism and de-radicalization, and effectively curbed terrorist activities, Wang said, adding that there have been no violent or terrorist incidents in Xinjiang for more than four and a half years, and people's safety, work and lives have been fully guaranteed.

"We firmly believe that extremism will be defeated in the face of justice and solidarity. The NPC of China is ready to strengthen exchanges with the parliaments of all countries and make positive efforts to deepen international counter-terrorism cooperation and safeguard peace, security and stability," Wang said.

The First Global Parliamentary Summit on Counter-Terrorism kicked off in Vienna on Thursday, with 95 speakers and 42 deputy speakers from 112 countries attending.