BEIJING, Sept. 12 (Xinhua) -- Yang Jiechi, a member of the Political Bureau of the Communist Party of China (CPC) Central Committee, met on Monday with Andrey Denisov, the outgoing Russian Ambassador to China. 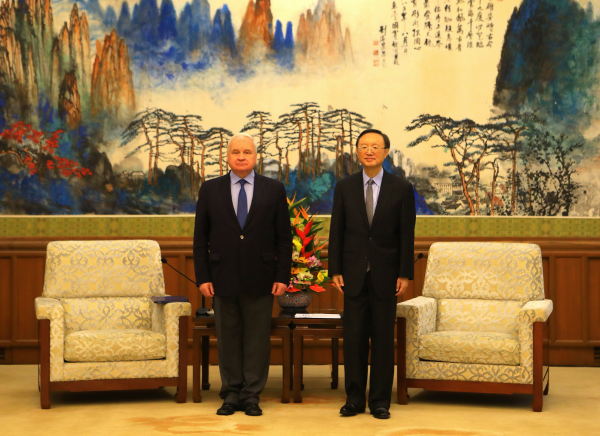 Yang, also director of the Office of the Foreign Affairs Commission of the CPC Central Committee, spoke highly of Denisov's positive contributions in promoting the sound and stable development of China-Russia relations.

Yang said that under the strategic guidance of the leaders of the two countries, relations between the two countries have always progressed along the right track. The two sides firmly support each other on issues concerning their respective core interests and cooperate closely on international and multilateral occasions, he added.

China is ready to work with Russia to make the high-level strategic coordination between the two countries more concrete, safeguard the common interests of the two sides and make the international order more just and equitable, Yang said.