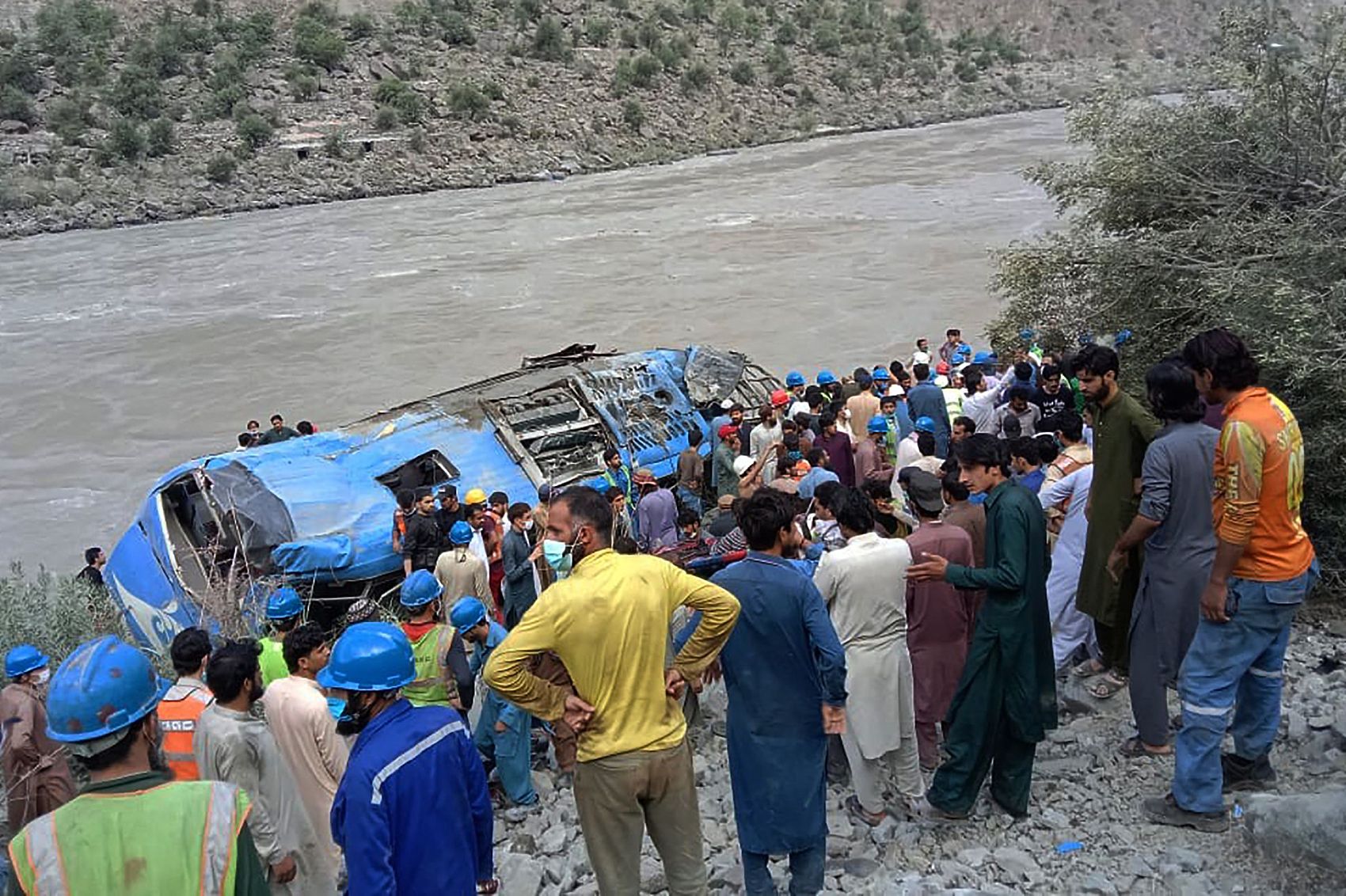 Rescue workers and onlookers gather around a wreck after a bus plunged into a ravine following a bomb explosion, which killed 12 people including 9 Chinese workers, in Kohistan district of Khyber Pakhtunkhwa province on July 14, 2021. (Photo: CFP)

Zhao said that the Chinese government has paid high attention to the attack on Chinese personnel that occured on Wednesday, about which Chinese President Xi Jinping has given important instructions.

According to the ongoing investigation and notification from Pakistan, this is a terrorist attack against Chinese personnel in Pakistan, Zhao said.

China strongly condemned any organization and personnel that carried out this atrocity, he said, adding the Chinese Ministry of Public Security has sent criminal investigation experts to Pakistan to assist in the probe.

Zhao expressed the hope that China and Pakistan will work together to find out the truth, solve the case as soon as possible, track down the real perpetrators, and severely punish the organizers or individuals behind the attack.

He requested the Pakistani side to take overall measures to identify and troubleshoot security risks facing Chinese personnel, institutions and projects in Pakistan, fix loopholes, strengthen its early-warning system and security measures, and do their utmost to ensure the safety of Chinese personnel, so as to prevent similar incidents from happening again.

China and Pakistan are all-weather strategic cooperative partners, Zhao stressed, expressing the expectation that the law enforcement departments of both countries will further strengthen the construction of cooperation mechanisms, deepen pragmatic cooperation and safeguard the common interests of both sides.

For his part, Rashid first strongly condemned the terrorist attack on behalf of Pakistani Prime Minister Imran Khan and the Pakistani people, saying that he would rush to the scene the next day to supervise the investigation, find out the truth and severely punish real murderers.

Pakistan will take the highest level of security measures to ensure the safety of Chinese personnel and institutions in Pakistan, he added.