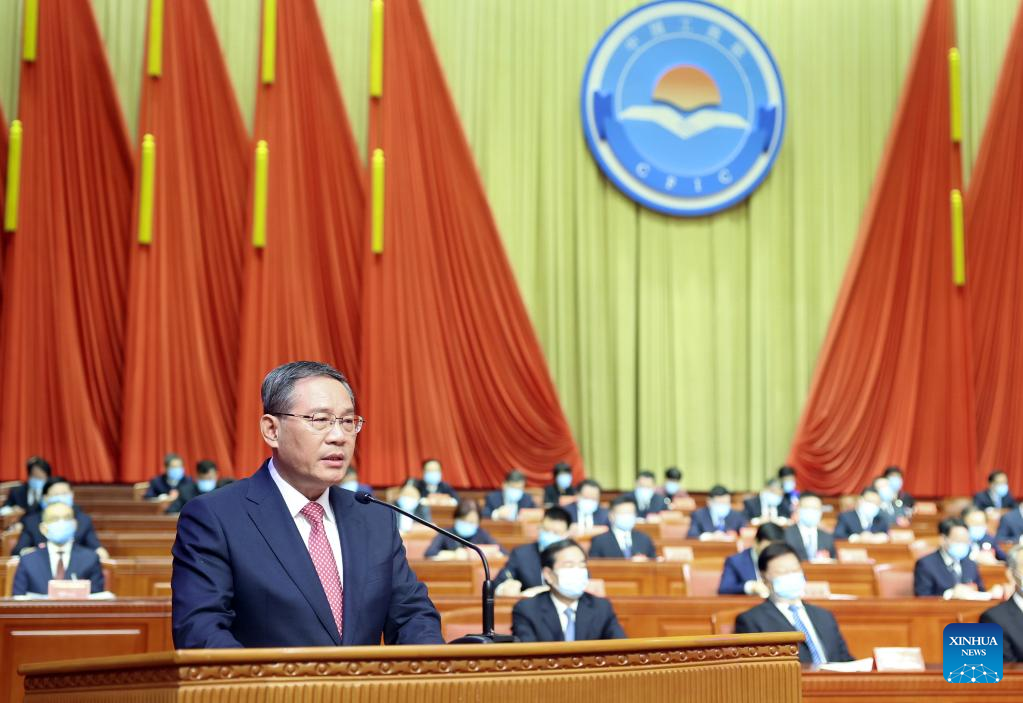 Li Qiang delivers a speech at the opening session of the 13th national congress of the All-China Federation of Industry and Commerce in Beijing, December 11, 2022. (Photo: Xinhua)

Persistent efforts should be made to create a favourable environment for the high-quality development of private business which should be more open to the world and more self-reliant on science and technology, senior Communist Party of China (CPC) official Li Qiang said in a speech on Sunday while attending the opening session of the 13th national congress of the All-China Federation of Industry and Commerce (ACFIC).

The leading body has rolled out an array of reform measures to bolster the development of the private sector, and thanks to these efforts, China's private sector has expanded remarkably in terms of size and strength and has played an irreplaceable role in boosting economic development, creating jobs, improving people's livelihoods, promoting innovation, deepening reforms and advancing opening-up, he said.

Highlighting the significant contributions of all levels of industrial and commerce federations, Li said that these federations, under the guidance of Xi Jinping Thought on Socialism with Chinese Characteristics for a New Era, should further strive for the high-quality development of private companies, high-level technological independence and high-level opening-up.

The federations should give full play to the important role of private enterprises in stabilizing social employment and increasing people's incomes, as well as make efforts to encourage private firms to advance common prosperity, take part in the rural revitalization and build harmonious labor relations, Li said.

He added that efforts should also be made to create a cordial and clean relationship between government and business, including carrying out business-friendly policies, forging a transparent legal environment and constructing a fairer competition market.

Hao Mingjin, vice chairman of the National People's Congress Standing Committee and chairperson of the Central Committee of the China National Democratic Construction Association, and Jiang Guangping, vice chairman of the All-China Federation of Trade Unions, also addressed the opening session, underscoring to give full play of ACFIC's functions and make more significant contributions to the Chinese Dream of national rejuvenation.

The congress will hear and deliberate the work report, adopt amendments to the ACFIC's charter and elect a new executive committee.

Founded in 1953, the ACFIC is a non-governmental organization mainly made up of entrepreneurs and people in the non-public industrial and commercial sectors.