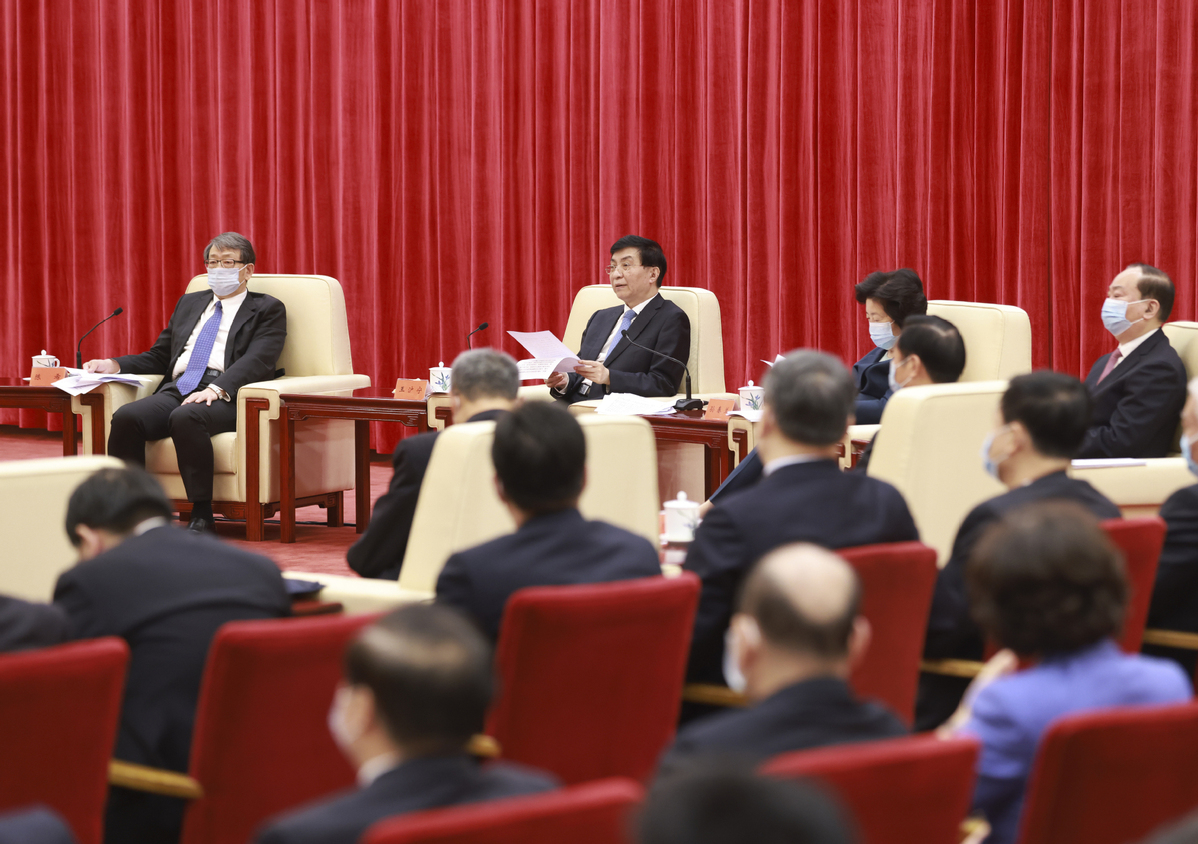 A symposium marking the 90th anniversary of the founding of the Chinese Soviet Republic and the central revolutionary base is held in Beijing on Nov 2, 2021. [Photo/Xinhua]

Wang Huning, senior official of the Communist Party of China (CPC), on Tuesday emphasized learning from the country's revolutionary history and pushing forward the great cause of national rejuvenation.

Wang reviewed the history of the founding of the central revolutionary base and the Chinese Soviet Republic, and emphasized the importance of fully summarizing and learning from the historical experience to better develop socialism with Chinese characteristics in the new era.

Wang called for efforts to continue to adapt Marxism to the Chinese context and keep it up to date.

He pointed out the need to remain committed to a people-centered approach and continue promoting the Party's founding spirit and carrying forward the excellent tradition of hard work.