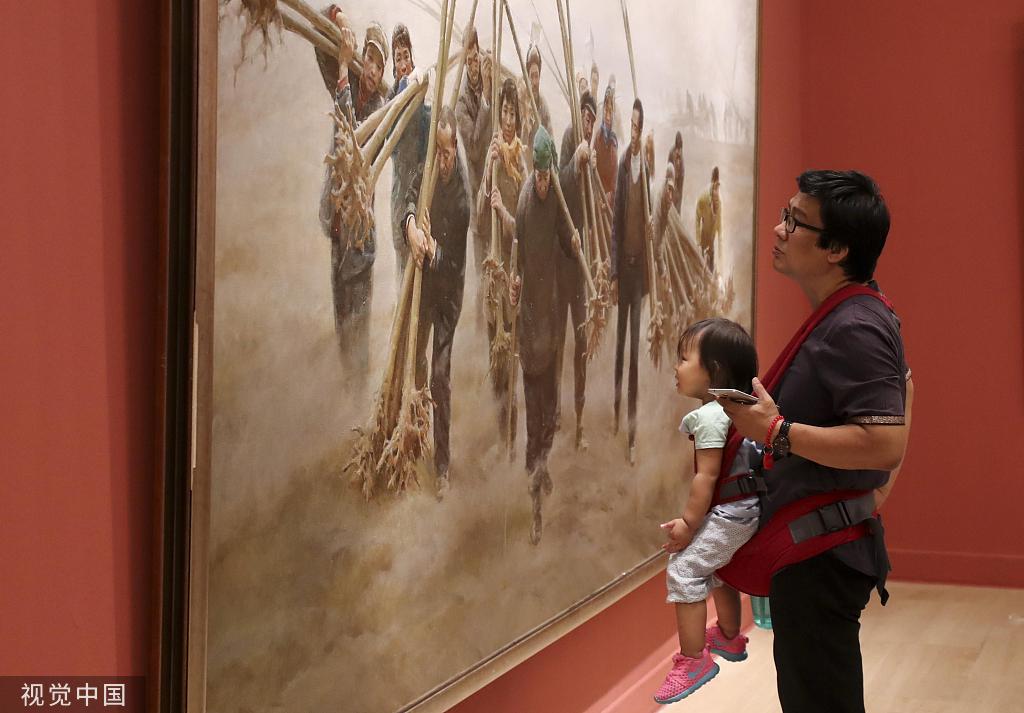 A father and daughter view a painting displayed at an art exhibition marking the 70th anniversary of the founding of the People's Republic of China, at the National Art Museum of China, Beijing, on Sept 26, 2019. (Photo: VCG)

The exhibition, titled "Great Journey, Splendid View," displays nearly 500 paintings and sculptures to reflect the journey of Chinese people to seek liberation and national rejuvenation under the Party's leadership.

The exhibition will last until November 3 at the National Art Museum of China.